Soaps.com Chats With The Young And The Restless’s Jess Walton 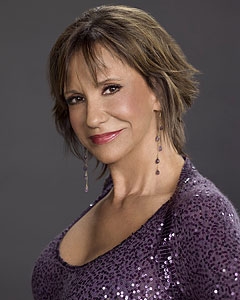 “Part of me does live as Jill…”

Soaps.com recently caught up with Jess Walton (Jill Abbott, The Young and the Restless), and she was just a pleasure to speak with. Keep reading to hear about the highlights of her career outside of “Y&R,” as well as her insights on Jill, her past loves and family, and her current husband, Colin (Tristan Rogers).

Soaps.com: Landing the role of Jill on “Y&R” must have been fantastic, but you’ve led a very eventful life in the entertainment industry, and have lived in both Canada and the US. Can you share a few of your most memorable experiences as a performer, looking back?

Jess: My early years in the theatre in Toronto were so exciting to me, because that was always my first love, and still I would love to go back on the stage. It was George Luscombe’s Toronto Workshop Productions, a very avant-garde theatre company. We worked in Stratford in the summer at Theatre In The Park, so that was really exciting. When I came down here, it was exciting to be picked up by William Morris, which was the top agency; I did a lot of television for them, and then I got a contract at Universal, which was fabulous. It was at a time when you were a contract player and got all the parts automatically, you didn’t have to read or audition for them – that was great. One of the big highlights of my whole career was being in a show for KCET, which is public television here, called “Montserrat,” which had been a stage play. It was a really prestigious production because it was really ‘all-star’; it was Geraldine Page, Rip Torn, Martin Sheen, and Keir Dullea. Geraldine Page and I were the only women in the whole cast so we shared a dressing room, and to see my name and hers up on the dressing room door, and to work with her, was a dream come true – that was a huge highlight for me.

Soaps.com: You’ve stayed with the role of Jill on Y&R since 1988. What makes her such a great character to play over the long term?

Jess: She’s always unpredictable, and she’s kind of the vehicle by which they keep the story moving, because she adds the conflict a lot. The downside is that I sometimes pick up the script and say, “Oh my God what am I doing now?”, and have to make it believable, but the upside is that she’s a little bit loony and it’s fun.

Soaps.com: Jill is always having misunderstandings with Katherine (Jeanne Cooper), and also seems to have a pattern of jumping into ill-fated relationships with men – do you ever feel frustrated that she doesn’t seem to learn from her past mistakes?

Jess: I did. After about 15 or 16 years of this, I thought, “This is ridiculous that this woman never learns.” So, I started trying to play her more sensibly, and that started about a six-year period of the most boring part of Jill. It was just really dull, I thought. I decided to make her crazy again; her impulsiveness came back, her bad judgment came back, and it really picked up and made it more interesting.

Soaps.com: Jill and Katherine are magic on screen together after all these years – why do you think that is?

Jess: I think it’s because we have such a good time with it; the dynamic; and because we know each other so well. We love insulting each other! I guess because it goes so deep and it’s time-tested and true. We also have the timing down on a technical level, and are able to pick out the kernels of humor in it.

Soaps.com: Jill has been involved with many men – are there one or two whom you believe were her best matches?

Jess: I actually think John Abbott (Jerry Douglas) was one of her best matches, because I think Jill had a real love and respect for him – I just don’t think she had the physical passion for him so she got restless. I thought that Rex Sterling (Quinn Redeker) was great, but he only fell in love with her because the real Katherine had been spirited away and a fake Katherine was in her place. So he fell out of love with fake Katherine and fell in love with Jill [laughs at her ‘soap ramble’]. I hope this one, Colin, is going to be a good match. I hope that Jill can reform him, and the death of his son will reform him – I have great hopes for this one. I also thought her boy toy, Sean (Bridges, Christopher Douglas), was a great match, though he was really young.

Soaps.com: What is it like playing the 'fun' side of Jill, for example, her flings with Larry Warton (David 'Shark' Fralick), or the young bartender at the Athletic Club?

Jess: You mean the one-night stand bartender? [laughs] Jill's had several one-night stands with bartenders on the show - I can't even remember them. They're too short; only one day [taping]. Larry Warton was hilarious; he was really, really fun. I loved doing that, because that was almost all comedy, all the time. And I did love her boy toy, Sean. He was a webmaster at Jabot; back when she had an office at Jabot she had a lot of fun [laughs].

Soaps.com: As mentioned, Jill is currently married to a man who everyone warned her about – what made her go ahead with this despite the concerns of family and friends?

Jess: Colin has a deep side. Obviously they're playing it like he's a big mob boss from Australia, but there's a core to him that he probably hasn't allowed to come out. Now, with all this grief he's having with his children, I think the core of him is getting touched, and I think Jill saw straight through all the rest of that stuff, straight to the core of him. She's only seeing the good in him. I really believe there's a real love between those two, and we're playing it like there is.

Soaps.com: After all the emotional ups and downs Jill has experienced lately, if she were to learn the truth about Colin and his connection to Cane and his death, what do you imagine her reaction might be?

Soaps.com: People will be telling her 'I told you so'.

Jess: She doesn't care about that. She does care about what people think, but in this case her heart will just be broken twice over. But I still have hopes that Cane (Daniel Goddard) can come back; I'm still holding on to a small grain of hope.

Soaps.com: Can you give us a hint of anything coming up for Jill in the near future?

Jess: The only thing I really know is that she's very happy with Colin; they're going to be going along very nicely.

Soaps.com: It was really touching when Lauren (Tracey Bregman) showed up to be there for Jill after Cane died. Is there anything else coming up for them?

Jess: It was really nice; really touching. From my point of view, I think that Lauren has a really big heart; she's a naturally lovely person. Lauren was really awful a few times, and that just came out of her pain. So, it looks like Lauren and Jill are kind of getting along okay, but there's nothing else coming up in the scripts for them yet.

Soaps.com: I'd like to see Jill's business side a little more.

Feel free to comment on this interview below. If you missed it, check out Soaps.com Chats With The Young and the Restless's Josh Morrow.

We invite you to join Soaps.com on Twitter @soapoperafan, "like" Soaps.com on Facebook and dish on The Young and the Restless, all the other soap operas, Glee, Grey's Anatomy and Vampire Diaries.

Paramount Plus to Launch March 4 in U.S. and Latin America