Kin Shriner Replaces Ted Shackelford At The Young And The Restless 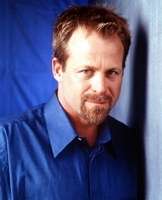 According to CBS Soaps In Depth, soap veteran, Kin Shriner (ex-Scotty Baldwin, General Hospital), is set to replace Ted Shackelford for about three episodes in the role of Jeff Bardwell. No details were available regarding the reason Kin is stepping in.

Let Soaps.com know if you think Kin Shriner will make a good ‘Jeff Bardwell’ by casting a vote in the poll below.

Soaps.com Chats With The Young And...

The Young And The Restless: Sean...