Soaps.com Chats With The Young And The Restless’s Joshua Morrow 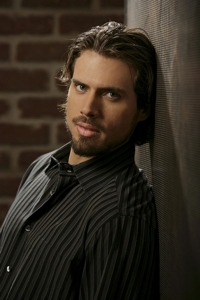 Soaps.com had the opportunity to touch base with Joshua Morrow (Nick Newman, The Young and the Restless) with regard to the Tuesday March 8 episode, in which the judge will finally make a ruling in the lawsuit brought against Victor Newman (Eric Braeden) by his children. Check out what Joshua had to say about the lawsuit and his character’s personal life.

Soaps.com: If the judge rules in favor of Nick, Victoria (Amelia Heinle), and Abby (Marcy Rylan), it may prove to be a case of ‘be careful what you wish for, because you might get it’ for the Newman siblings. Do they really believe they could win, and if they do, how will they live with the ramifications of what this will do to their relationships with their father and what it will do to the company?

Joshua: I think that Nick always felt like Victoria and Abby had a very strong case. I think once Nick joined the lawsuit, they realized they had pretty much an ironclad case. I’m not sure they’re really thinking about the ramifications right now, especially Nick, because he doesn’t really have any plans or goals. I think that Abby and Victoria’s motives in all this were a little more anger-driven, so they have probably thought a little more clearly about what they want. Nick was very late to the party on this, and he just joined it to teach his dad a lesson. That being said, I think that Nick knows that for the time being, this is probably the end of his relationship with his father. We’ll see – it’s a pretty explosive thing with powerful characters fighting over billions of dollars – it’s a big, big deal.

Soaps.com: Nick is currently second-fiddle where Sharon, Diane, and Phyllis are concerned, and has alienated his parents over the lawsuit, so other than his sisters, he's pretty alone right now, Personally and professionally, where does Nick go from here?

Joshua: He's going to be a dad. He's said that over and over again, and Nick is very, very happy doing that. He doesn't have a job. Right now he sees his job as being a dad to his children, who are going through something very intense. He's got a very young, impressionable daughter in Summer (Samantha Bailey), and just divorced her mother, his son is off in New York and can't handle being in Genoa City, so he's trying to be a guiding influence for his son, and his baby's mother is facing prison. So, he needs to focus all of his energies right now on being a good dad and helping the kids through all of this. He's not really thinking anything along romantic lines right now, which is a first for Nick. I think the idea of being a dad is very important to him.

It promises to be a very powerful episode as the fallout from the verdict affects many Genoa City residents! Soaps.com invites you to feel free to reflect on Joshua's comments below.

In case you missed it, check out our recent special The Young And The Restless: Sharon Case's Elegant Home Revealed. We invite you to join Soaps.com on Twitter @soapoperafan, "like" Soaps.com on Facebook to dish on The Young and the Restless, all the other soap operas, Glee, Grey’s Anatomy and Vampire Diaries!