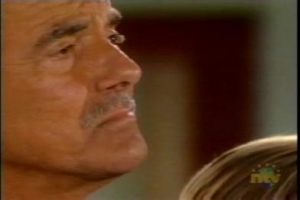 Soaps.com readers know him and love him as iron-fisted Victor Newman on The Young and the Restless, but outside of the CBS studio, actor Eric Braeden, born Hans Gudegast, has been busy with another project!

After nine years of putting heart and soul into executive producing, as well as acting in, “The Man Who Came Back”, Eric must have been thrilled to have finally walked the red carpet at the film’s recent premiere! In spite of the long and arduous road to getting this movie completed, Eric reportedly never felt dragged out, because he was so thrilled at being at the helm of such a film and having creative control! “The Man Who Came Back” is the story of one of the bloodiest labor strikes in the history of the United States. It is tagged as being a story of murder, conspiracy, and ultimately, of one man’s revenge. Eric has said that the film brings to life the tale of striking plantation workers who were shot and killed en masse in the late 1800’s.

Braeden’s forays into film-making began at Montana State University, where he was attending on a full track & field scholarship. He and friend Bob McKinnon, made a film called “Riverbusters” about a trip they took on the Salmon River. While in search of a distributor for the film in L.A., Eric (then Hans), wound up taking on acting roles, landing his first big part in “Rat Patrol”. Of course, Eric accepted the role of Victor Newman on the Y&R in 1980, and has never looked back. He has still participated in films, notably as John Jacob Astor in “Titanic”. Eric has been married to his wife Dale Russell since 1966 and they have one son, Christian Gudegast, who works as a screenwriter.

“The Man Who Came Back” sounds to Soaps.com like an incredibly compelling movie. Congratulations to Eric on his hard work and effort on this project. We hope he jumps right back in to produce (and star in) many more feature films!