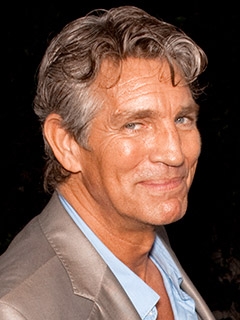 The Young and the Restless‘s Eric Roberts, who plays hot shot attorney Vance Abrams in Daytime, has landed a Primetime pilot on ABC. According to Deadline, Eric will play ‘Michael’ in the pilot for new series, “Grace,” which follows a dysfunctional family in the world of professional dance. Eric’s character will have three daughters by three different mothers, and has a penchant for sleeping with his dancers. ‘Michael’ is a better dance teacher than he is a father.

Stay tuned to Soaps.com for more news on this show. Does “Grace” sound interesting to you? Let us know if you would check it out by casting a vote in the poll below.

The Young And The Restless Video Promo: Phyllis And Jack Agree To Keep Quiet

The Young And The Restless Saturday Teaser Poll: Moving Day