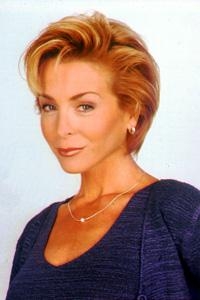 Soaps.com has been able to confirm that Signy Coleman will reprise the role of Hope Adams Wilson on The Young and the Restless! The role was last played by Beth Toussaint, however, Signy originated the role and played it from 1993 to 1997 and then again in 2000 and 2002.

When last seen, Hope was taking a call from Nikki (Melody Thomas Scott), who was looking for Victor (Eric Braeden). At the time, Victor had been visiting Hope as he wrestled with his seizures. Although Victor Jr. was away at soccer camp, Victor enjoyed relaxing on the farm. By the time Nikki called, Victor had moved on along his journey to the monastery in India. Hope told Nikki this and hasn’t been seen onscreen since. She did however, put in an off screen phone call to Victor last year after Nick was presumed dead in the plane crash. She asked for help in regard to Victor Jr. having disappeared. Victor took off in search of his son, but it has never come to light whether he found him or not.

This time around Hope is coming back as part of the Y&R story line that will see her and Victor’s son, Victor Jr. (Chris Engen) materialize and become a part of the Genoa City canvas.

Signy Coleman, who was once married to Y&R’s Vincent Irizarry (David Chow), has two daughters, Siena (with Irizarry), and Isabella, with current husband Thomas Nolan. California-native Signy also played Annie Dutton on Guiding Light in the 90’s, and has kept busy making a name for herself in television crime dramas. She has had roles on “The X Files”, “Law and Order: SVU”, “The Division”, and “Law and Order: Criminal Intent”.

Soaps.com welcomes Signy back to Y&R and to the role she originated! Signy will appear beginning February 11th!

Disney Plus Hotstar Eying up Launch in Malaysia (Report)