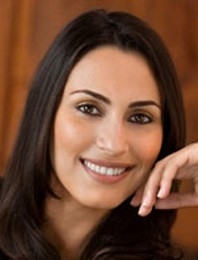 Soaps.com is pleased to pass along the news that the new Y&R character Sabrina, an art consultant who befriended Victoria during her time in Italy, has been cast! Lebanese-American actress Raya Meddine will play the woman who may be the next to catch Victor’s eye!

Raya worked as a television presenter, producer and director in Beirut before deciding to pursue acting in Los Angeles. Raya, who also goes by the name Rana Alamuddin, has previously acted in films such as “Bosta”, which played at the 2007 Palm Springs International Film Festival, and was directed by a Lebanese director Phillipe Aractingi. She had a role in “Recycling Flo” a sexy, short comedy that was featured at the 2004 Cannes Film Festival! She is also slated to perform in the lead role of the critically-acclaimed play “Qu’elle Aille au Diable Meryl Streep” at the Rond-Point Theater in Paris this coming summer! Interestingly, she has also done publicity for L’Oreal alongside supermodel Milla Jovovich!

We wish Raya all the best as she begins taping in her new role at The Young and the Restless studios next week on February 4th. We are anxious to see what exciting new story lines will develop with Sabrina’s arrival!