$*#! My Dad Says Welcomes The Young And The Restless’s Marcy Rylan 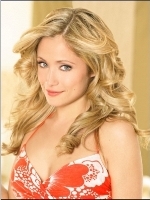 Actress Marcy Rylan, who plays Abby Newman on The Young and the Restless, will be making a guest-star appearance on Primetime sitcom, “$*#! My Dad Says.” According to Soap Opera Digest, Marcy will be on the February 10 episode playing Rebecca, an old acquaintance of Henry’s (Jonathan Sadowski).

Soaps.com congratulates Marcy on her guest gig. Will you tune in to watch her in Primetime? Let us know by casting a vote in the poll below.

The Young And The Restless Video Promo: This Is Nuts!