Just In! Chris Engen Cast as Victor Jr. on Y&R! 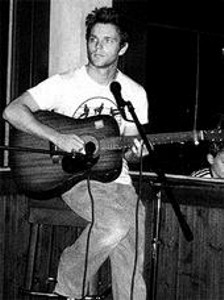 Soaps.com is pleased to share that Chris Engen is the lucky actor named to play the role of Victor Newman’s (Eric Braeden) son, Victor JR. on The Young and the Restless! Victor Jr. is the son of Victor and Hope Adams Wilson (last played by Beth Toussaint), and as per the show’s story line, had gone missing. Victor went looking for him back when Nick was presumed dead in the plane crash, but it was never revealed whether he was able to locate him or not.

Chris Engen, an actor from Redondo Beach, California, appeared in the popular television series “Felicity”, as well as the feature film, “Dirty Dancing: Havana Nights”. He is also well known for his long-term role in TV’s “Saints and Sinners”. Chris bills himself as an actor, musician and writer. In fact, if you visit his MySpace Page, you can enjoy a poem that he wrote to someone special!

Soaps.com would like to congratulate Chris! We look forward to the debut of the new Victor Jr. on The Young and the Restless! Mark your calendars – his first airdate is February 12th!