Has The Young And The Restless Fired Daniel Goddard As Cane? (UPDATED!)

Want more news? Check out the Soaps.com News Room. Join us on Twitter @soapoperafan, and Facebook. Come tweet and Facebook with us about "The Young and the Restless," all the other soap operas, "Glee," "Grey’s Anatomy" and "Vampire Diaries!" 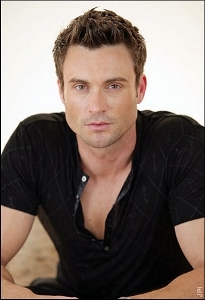 Regarding his return to “The Young and the Restless,” Daniel Goddard had this to say to friends on Facebook, “I’m getting a lot of messages asking what is going on with Cane and the show. All I can say is this… sit back, relax, and get swept up in the story that is about to unfold. I love you guys.”

According to CBS Soaps In Depth, the show has confirmed that Daniel Goddard remains on contract and will indeed be appearing outside of Lily’s imagination.

The show refused to comment to Entertainment Weekly on whether or not Cane was actually dead, but did confirm he would appear in the months of March, April, and May. Stay tuned to this spot for more information as it becomes available.

There has been talk on the internet today that “The Young and the Restless” may have let go of popular actor Daniel Goddard, who plays the role of Cane Ashby. Considering Cane’s current danger-filled storyline on the show, it’s not inconceivable that the character could go missing for a time, or even perish! No official word has been issued on the matter from Y&R or Goddard’s camp. Soaps.com will keep readers informed on developments in this matter as they become available.

How would you feel if this were true? Let Soaps.com know by casting a vote in the poll.

The Young And The Restless Video Promo: Lily Sees Cane

The Young And The Restless Snap Poll: Sam Gibson