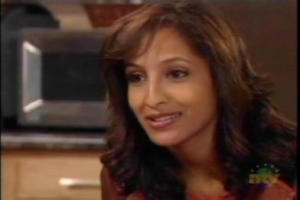 Wow! The Young and the Restless has no less than three nominees that will compete for an NAACP Image Award this year! Y&R has never been short on talent, and this year has been no exception.

All three of these nominees have had interesting material on The Young and the Restless this year. Kristoff has run the spectrum of emotions while portraying a bereaved husband and single father, who, most recently, is exploring the idea of falling in love again. Christel has also enjoyed challenging material as Lily faced single life again after the downfall of her young marriage and the aftermath of her mother’s death at the simultaneously. As for Bryton, the cochlear implant story line was huge for him. Devon had to go through such a change in life circumstances while also suffering the loss of Drucilla and squelching his love for Lily.

Read more about the awards on Soaps.com Main Page News!

Soaps.com would like to be among the first to offer congratulations to the deserving nominees, Kristoff, Bryton, and Christel. We wish them the best of luck on Valentine’s Day, but we all know that with actors like this, the fans of are already winners!