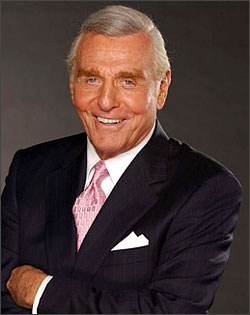 Soaps.com readers know that Jerry Douglas (John Abbott) is still appearing occasionally to his son Jack as a ghost on The Young and the Restless, but in real life, the veteran actor is about to make a splash in the prime time market!

Douglas, who spent over twenty years on the Y&R as patriarch and CEO, John Abbott, will do a guest-starring role on the television drama ‘Cold Case’ on December 9th! His character, Eugene “Skip” Robertson, will be integral in the plot line as the Cold Case detectives look back at a 1945 murder involving a man who, after being released from a Japanese-American internment camp in California during World War II, decided to move his family northeast to Philadelphia.

As Y&R fans know, Jerry Douglas is an extremely talented actor, but he is also an accomplished musician! Following his departure as a contract player on the daytime drama, Jerry released a jazz collection and now spends time traveling and performing throughout Canada and the United States!

While we miss him full-time at The Young and the Restless, we wish Jerry all the best in his prime time guest spot, his musical endeavors, as well as in all future projects!