Do you want a chance to appear on the Y&R? (Updated) 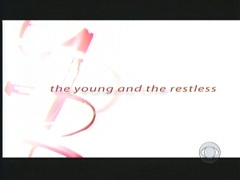 Don’t miss your chance to appear on The Young and the Restless! One Talented Actress will be Selected to Travel to Hollywood to Appear in an Episode.

The Number One daytime drama, Y&R, is teaming up with WGCL TV CBS 46 Atlanta to find one talented actress who will be selected to travel to Hollywood and appear in an episode of Y&R. The screen test, which is open to women 18 – 30 years old and eligible to work in the United States, will be held at Americas Mart, 240 Peach Street, NW, Building 1, Atlanta, Ga.

Michael Graziadei joined the cast of Y&R as Daniel Romalotti in May, 2004. The son of rock star Danny Romalotti and the feisty Phyllis Summers Abbott (Michelle Stafford), Daniel is coming to grips with his painful divorce from Lily Winters (Christel Khalil). In 2005 and 2006, Graziadei was nominated for Daytime Emmys in the category of Outstanding Younger Leading Actor

Releases and registration forms are available on The Young and the Restless for more information as well as CBS46.com

Y&R has been the Number One rated drama for more than 18 years and is in its 35th season. The series tied with Guiding Light to win the 2007 Outstanding Drama Series Emmy Award, marking its seventh award in this category, and bringing its Emmy total to a record 100. The show is broadcast weekdays (12:30-1:30 PM; 11:00 AM-12:00 Noon, ET/PT) on the CBS Television Network and is produced by Bell Dramatic Serial Company, in association with Sony Pictures Television.