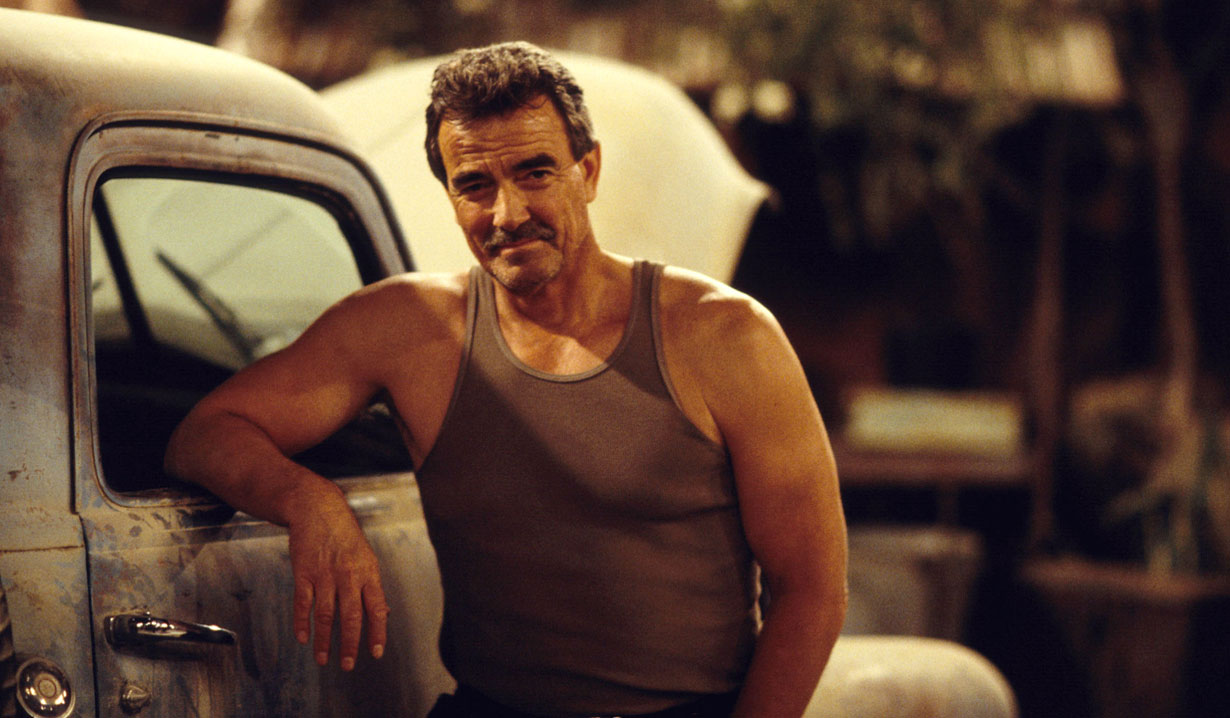 Whether you loathe or love Victor Newman, the soap world isn’t the same without him.

Whenever most think of “The Young and The Restless,” Victor Newman automatically comes to mind. Who knew this character was supposed to be temporary? Victor Newman is one of the greatest icons of daytime drama and it’s with good reason. He’s the ultimate alpha-male and the epitome of confidence, determination and power. Soaps.com has listed the top ten reasons Victor Newman is someone we either love to hate, or hate to love… or just plain love.

10. He’s looked the same for 20 years.
Heck, there are times when he looks even younger now. The forever young and handsome Victor Newman has aged like good expensive wine. As the years have gone by, his mustache and hair may have gotten a tad grayer but he remains powerful, agile and handsome.

9. His name.
Victor Newman is so powerful that he chose his own name, and what a name it is. After his mother Cora Miller dropped him off at the orphanage when he was only seven years old, Christian Miller left the orphanage with a strong determination for success. He remade himself choosing the name Victor Newman to stand for “victorious new man.” It is the perfect name for someone with such perseverance and resiliency.

8. He came from nothing and now has everything.
And if we dare forget how he created his own empire, he loves to remind us that he built his company from the ground up with his “bare hands.” Victor truly came from nothing when he left the orphanage with no money and no family but he’s now the most influential man in Genoa City. Many admire Victor because he truly started out at the bottom and wasn’t simply handed his wealth like other soap opera giants. He has contacts all over the world that can help him with anything he wants by a simple phone call. Whatever he wants, he gets, and nothing is impossible for Victor Newman.

More: Victor and Nikki’s Young and the Restless weddings

7. He says, “You got that?” after every sentence.
One of Victor’s signature phrases, he adds “You got that?” as an affirmation to every intimidating sentence he mutters in his unique accent. Whether he’s telling Billy Abbot that he’ll “crush” him or telling Adam that he’ll rot in prison, the statement is never complete without, “You got that?” He speaks calmly and annoyingly slow at times, intimidating even viewers who are on the other side of the screen. When Victor tells another character that he’s going to crush him, viewers sometimes duck for cover. Many desire Victor’s confidence, power and success and wish they could walk into any room and own it. Victor’s wealth makes it possible.

6. He owns that tight black shirt and jeans.
Whenever he’s mad or on a mission, Victor wears a tight black t-shirt and rugged blue jeans (and perhaps a new pair each time). For a man that can very well get the seniors’ special at the movies, he’s pretty fit. He keeps those biceps bulging by boxing at the gym. Would you want to face Victor Newman in the ring?

5. His middle name is Billionaire.
He’s so rich that he’s been divorced almost ten times and is still a billionaire! He’s even rich in the epic movie, “Titanic!” His bathroom is probably the size of the main floor of most homes. Not only does he own a few horses, and a large house, but he owns his own ranch. He has butlers and probably hires butlers for his butlers. Imagine having your own jet and taking your date to Paris for dinner, starting your own art collection or hiring the band Il Divo to serenade your wife, as he did for Nikki. Anything is possible when you’re as rich as Victor Newman.

4. He never dies… (even in “Titanic?”)
We wonder whether the British passenger liner would have sunk if Eric Braeden played Victor Newman, instead of John Jacob Astor, in the film “Titanic.” He’s the modern day business superhero. We held our breath when he was shot and needed a heart transplant, but of course he was saved when he was given Colleen Carlton’s heart and now truly is young at heart. He’s gone through many bullets, epilepsy and “deaths,” but the resilient mustache always comes back ready for action.

More: Not even a bullet, or two, can stop Victor Newman

3. He gets the ladies.
Men want to be him and women want to be with him. Ladies swoon over his power, class and arrogant confidence. Ashley Abbott stole his sperm because she wanted to carry mini Victor Newman. He was old enough to be Sabrina Costelana’s grandpa but she still fell deeply in love with him. He and Nikki have been divorced many times because he’s too controlling yet they’re married, again! The ladies just can’t get enough of Victor’s extravagant love.

2. He sticks it so well to Jack Abbot.
The never-ending rivalry with his archenemy, Jack Abbot, makes for the best plots on the show. Not only does Newman Enterprises compete with Jabot Cosmetics, but Jack and Victor are always butting heads when it comes to family and the ladies. These plots include the Ruthless biography Jack had Leanna Love write about Victor, Victor’s diary that Jack and Adam forged and Victor bringing Patty Williams back to Genoa City. One of the only times Jack and Victor forged a friendship was because Victor was on drugs for his epilepsy. They have vowed to take each other down over again and viewers are just waiting for the next round. Put them in a boxing ring and see who wins.

1. The Mustache
How could this not be the number one reason to love Victor Newman? It’s what Jack Abbot calls him. It’s his signature trademark, that ever abundant mustache of his has never gone out of style. Can you imagine Victor Newman without a mustache? He cannot be The Victor Newman without his mustache. He’s iconic and timeless, The Great Victor Newman, Mr. Mumbles, The Black Night, Mr. Moneybags has become… “You got that?!”

What are your favorite Victor Newman moments… his utterances, business decisions or angry ones? Whether you hate to love him, or love to hate him, you know Victor Newman is not going anywhere because Genoa City is just not the same without him.

The Young And The Restless Video Promo: Billy and Victoria Get Warnings!

The Young And The Restless Video Promo: Intro To Wednesday's Episode!