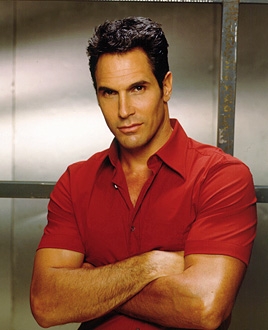 As summer draws to a close, most are swapping their shorts for jeans and preparing for the cold weather ahead. However, the stars of daytime refuse to give into the chill just yet and are ready to set sail on this year’s Soap Cruise with their fans!

Hosted by AMC’s Cameron Mathison (Ryan Lavery), fans will have the opportunity to share a five day vacation with many of their favorite daytime stars. From the time the ship leaves the Port of Miami, Florida on Thursday, November 15, 2007, fans can indulge in meet and greet sessions, a soap trivia game show, celebrity bingo, a cocktail party and so much more! While the cruise ship will port in Key West and Calica Cancun, the fun won’t end until its docked back in Florida on Monday, November 19, 2007!

Since we all won’t have the pleasure of being a part of such an exciting fall getaway, I recently spoke to one of the actors who will be so lucky, Y&R’s Don Diamont (Brad Carlton) who told us what he most looks forward to in regards to the Soap Cruise!

“Not getting seasick and throwing up on my fans!” Don laughed. “When I get over that initial fear and get past that sick feeling, then I’m good.”

As many fans know, Daytime is one big family, so I asked if Don would be meeting up with any friends from the other soap stars attending. I also got a little personal and wanted to know if there was someone special he was bringing from home!

“I’ll be bringing my wife, of course, who’s also my best friend,” Don said proudly. “It’ll be nice to see Julie Pinson again (Days Billie Reed).” Don and I briefly reminisced about when Julie played on Y&R as Shiloh, JT’s music manager, back in 2004.

As I said, during the cruise, the ship will dock in Key West and Cancun. Without sounding too nosey, I asked if Don had any excursions planned, to which he generously replied, “We’re bringing friends with us on the cruise, the Barzilay’s. We don’t have any plans for when we dock, just to get off ship and check everything out!”

Never having been to Cancun myself, I wanted to know if this would be a first for Don… “No, I’ve been there one time before for a family vacation.”

Before hanging up and thanking Don for calling me today, I made sure to remind him that Soaps.com will be on this year’s cruise and that we’re looking forward to seeing him there!

To learn how you can be a part of the festivities, please hurry to visit the Soap Cruise website, as the deadline for registration is September 28, 2007! For those who won’t be able to make the event, don’t worry, you won’t be missing it all. As I said, Soaps.com will be aboard the Carnival Cruise ship in order to bring the Soap Cruise to you, our loyal fans! Stay tuned for all of our goodies in the months to come!