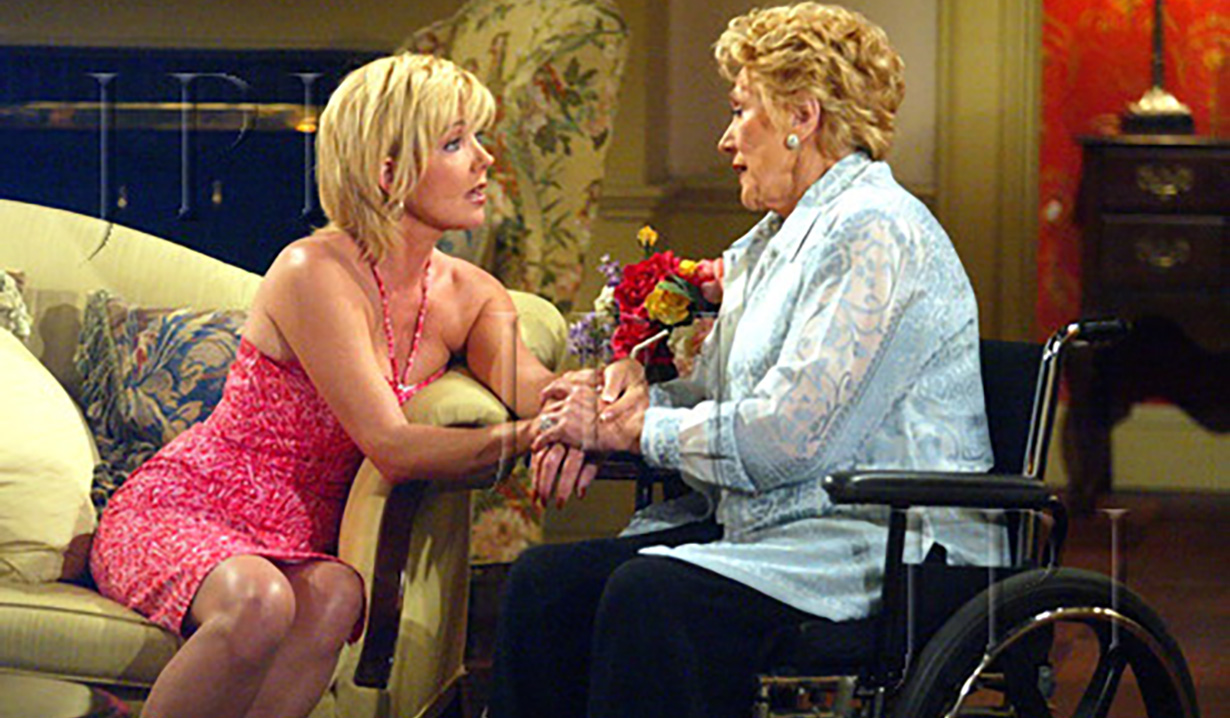 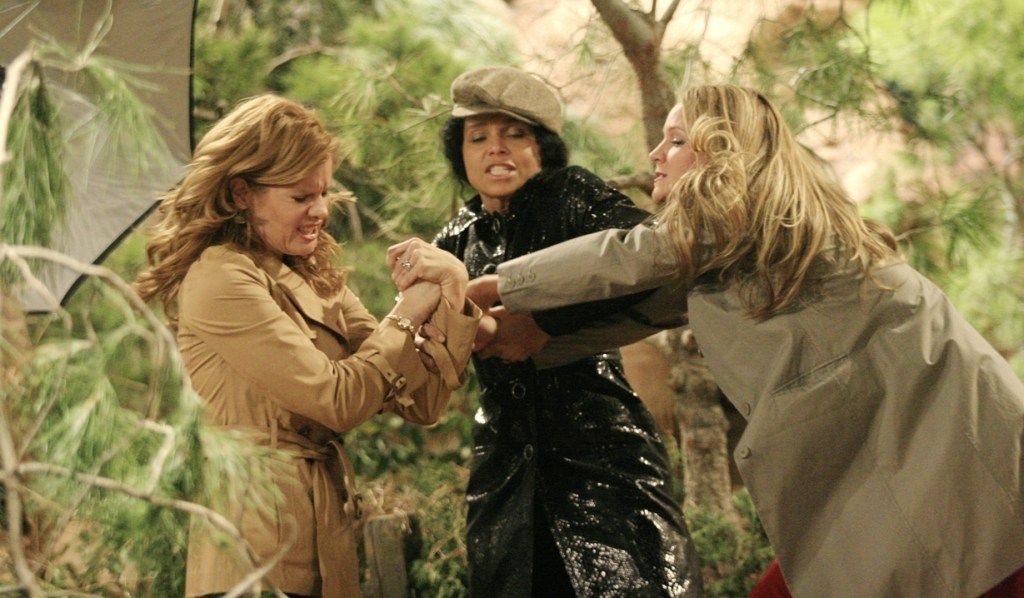 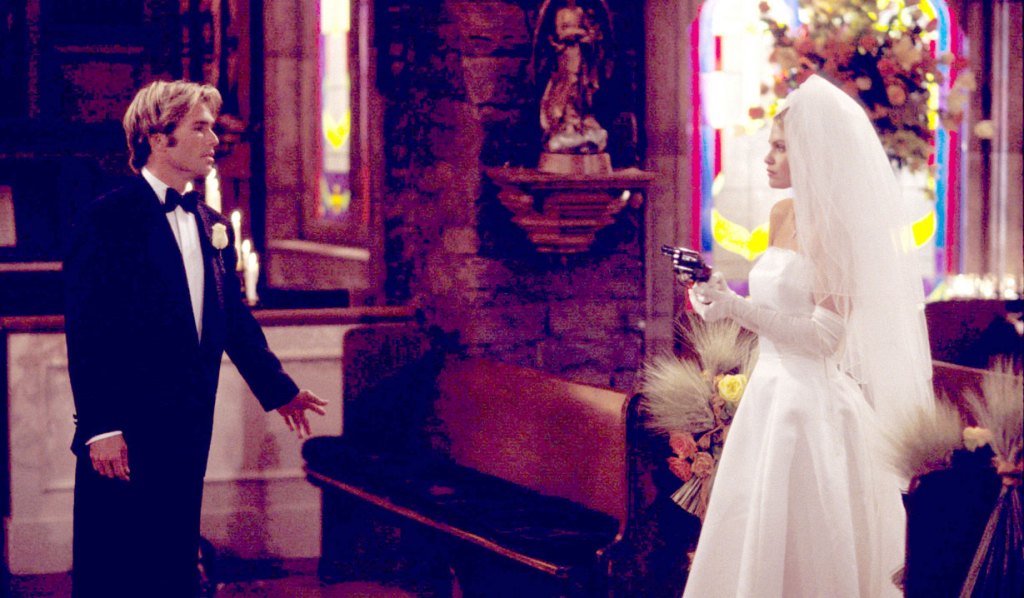 Victor’s daughter, Victoria (Heather Tom, Amelia Heinle), was set to marry Ryan McNeil (Scott Reeves), but he was shot and killed by Tricia Dennison (Sabryn Genet), who had also killed her sister Megan’s (Ashley Jones) husband, Tony Viscardi (Jay Bontatibus). Victor was diagnosed with temporal lobe epilepsy and he and Nikki split after her affair with David Chow (Vincent Irizarry). Victor’s son with Hope Adams (Signy Coleman), Adam Wilson (Chris Engen, Michael Muhney), came to town, and Victor took up with Victoria’s friend, Sabrina Costelana (Raya Medine), who died in a car accident. Jack Abbott married Phyllis, but left her after she sided with Victor in the cosmetics wars, and later married Nick’s ex-wife, Sharon Newman (Sharon Case). Nick, Phyllis, Jack, and Sharon set aside their differences to start Restless Style. Jack and Sharon split over him forging a diary to frame Victor, and he dated Mary Jane Benson (Stacy Haiduk) (who turned out to be his crazy ex, Patty Williams) and did business with Tucker McCall (William Russ, Stephen Nichols), who was Katherine’s long lost son. Victoria married Brad, who had an affair with Sharon, and Victoria then fell for J.T. and became pregnant. She into a coma following the Clear Springs explosion, and later her baby, Reed, was revealed to be J.T.’s. After J.T. kissed Colleen, Victoria slept with Deacon Sharpe (Sean Kanan) and then went to Dubai. J.T. took up with Mackenzie and got full custody of Reed. Victoria later married Billy Abbott, who had returned using the name Liam and romanced Amber Moore (Adrienne Frantz). Billy had a daughter, Cordelia, with Chloe Mitchell (Elizabeth Hendrickson), Esther Valentine’s (Kate Linder) daughter, who had previously named Lily’s husband, Cane as the father. Cane was impersonating Phillip Chancellor III (Thom Bierdz), who was alive in Australia. By the end of 2010, Cane and his family with Lily were in danger from cattle rustlers from Down Under. 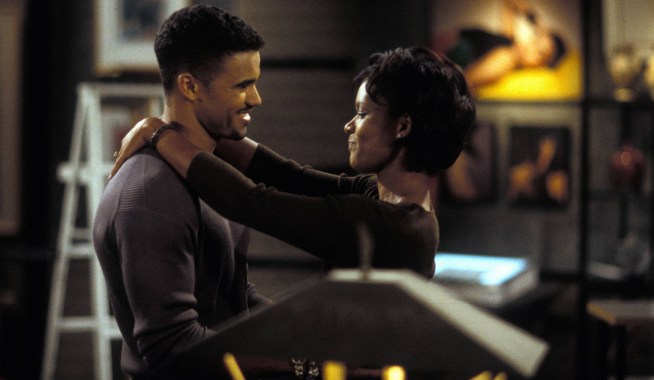 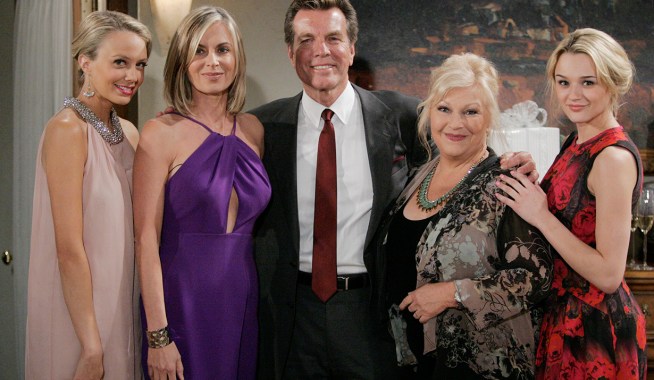