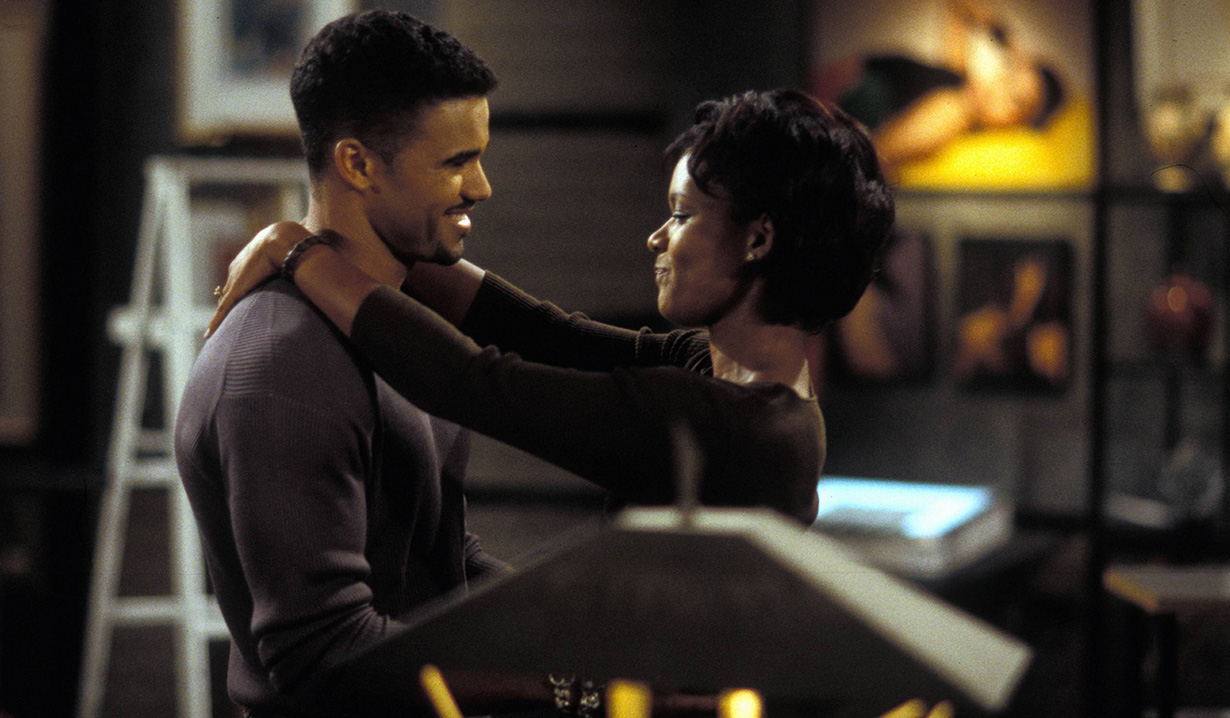 Jill and John had a son named Billy (Katrin and Margret Ingimarsdottir, then by Brett Sherman, Shane Silver, Blake Pontello, Josh Michael Rose and Scotty Leavenworth, and later David Tom), Traci and Brad had their daughter Colleen (Ashley, Kelly, and Bobby Brown, then Caitlin and Jessica Miley, Natalie and Victoria McCormick). They, along with Nick Newman (Griffin Ledner, John Alden then Joshua Morrow), and Victoria (Heather Tom, Sarah Aldrich), were SORASd (Soap Opera Rapid Aging Syndrome) within this decade to portray teenagers. Victoria got involved with a much older Ryan McNeil (Scott Reeves) and when Victor attempted to pay Ryan to leave town, he and Victoria responded by eloping. The marriage was soon annulled when Ryan cheated with Nina Webster and Victoria fell for and had a son with Eve Howard’s son Cole (J. Eddie Peck). When Cole cheated with Ashley Abbott, Victoria decided to raise the child with Neil Winters but the child died and so did their romance. Nick dated Amy Wilson (Julianne Morris) but fell for her and eventually married her best friend Sharon Collins (Sharon Case), though his mother Nikki believed Sharon was a gold digger. Matt Clark (Eddie Cibrian) revealed that Sharon had a daughter she gave up for adoption. Sharon was later raped by Matt, as was Amy, and Nick became the main suspect when Matt was shot. Eventually it came out that Amy shot Matt and Nick and Sharon reunited and welcomed a son, Noah, (Samantha and Zachary Elkins, Lauren Summer Harvey, Hunter Preisendorfer, C.J. Hunter, Nicholas Graziano) into the world. 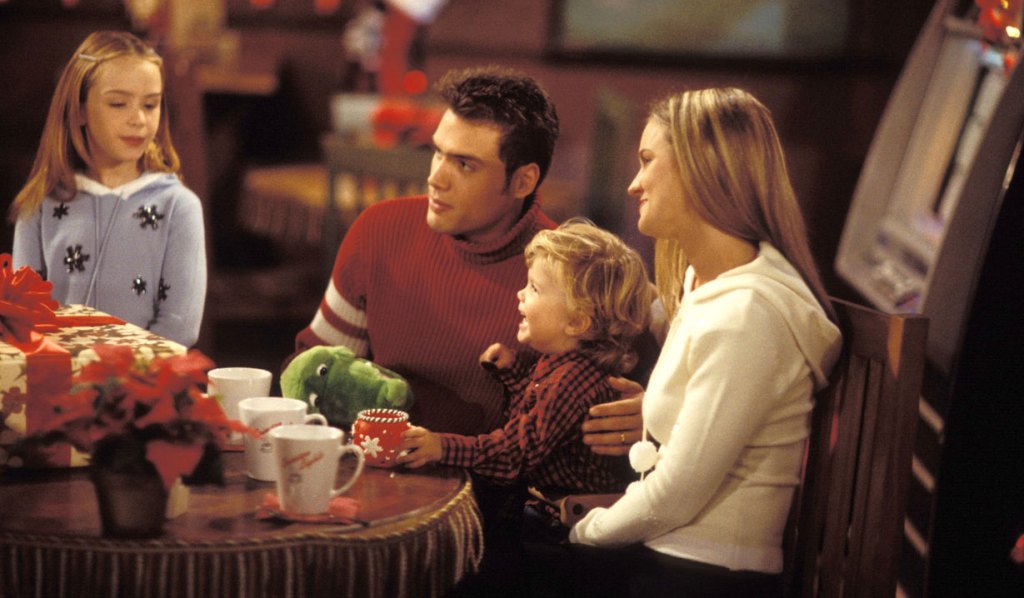 An old friend, Grace Turner (Jennifer Gareis), tracked Sharon’s daughter Cassie (Camyrn Grimes) down and Nick adopted her. Meanwhile, Nikki and Jack got together. She injured her back and miscarried their baby when she fell off her horse and became addicted to pain killers and alcohol. After finding a body burned in his car outside of Kansas, Victor was presumed dead. He was living in Kansas with Hope Adams (Signy Coleman), and would eventually have a child, Adam (Celeste and Coryn Williams, Danielle and Sabrina Helper, Spencer Klass, Hayden Tank). Upon Victor’s return, he was shot, though he lived. Paul Williams’ father, Carl Williams was finally found living in Norfolk under an assumed name: Jim Bradley. It turned out that a beating suffered at the hands of felons left him an amnesiac and he moved in with and built a life with Ruth Perkins (Leslie Bevis). Though he briefly reconnected with Mary and his children, he didn’t know them and didn’t regain his memories of his past life. During this time Katherine and Rex fell in love and married. Rex turned out to be a good man but was murdered after surprising an intruder at the Chancellor estate. His son Danny fell for Christine and the two worked at getting Nina away from gold-digger David Kimble (Michael Corbet). When David learned Christine and Danny were on to him, he framed Danny for cocaine possession. It was Nina who ended up shooting David and paralyzing him – in self-defense. David wasn’t through with her yet and faked his death. He coerced a plastic surgeon into making him look like David Hasselhoff but the surgeon cut the word KILLER into his forehead instead. David returned to Genoa City in disguise as Jim Adams, and wooed and married Nina’s mother Flo (Sharon Farrell). In his attempt to kill Nina, Christine, and Danny, he was crushed in a trash compactor. Sheila Carter (Kimberlin Brown) relocated to Genoa City as a nurse at Memorial Hospital. She fell for Dr. Scott Grainger (Peter Barton), who was married to Lauren Fenmore (Tracey E. Bregman). Sheila was obsessed in getting him away from his wife. She became pregnant after drugging and having sex with him at the same time Lauren became pregnant. When her baby died, she stole Lauren’s and switched it with a baby from the black market. Lauren found out the truth and a fire broke out while the two were arguing and struggling. Sheila escaped a fire, moved to Los Angeles and worked for The Forresters in a cross over role with “The Bold and the Beautiful.” Michael Baldwin came to Genoa City as a lawyer in the 90s. After sexually harassing and holding Christine “Cricket” Blair (Lauralee Bell) captive, Baldwin spent time in prison. He later became a changed man. Criminal Nathan Hastings (Nathan Purdee, then Randy Brooks) helped Andy Richards put away the local organized crime family and was granted immunity for his crimes. Reformed, he worked for the Paul Williams Detective Agency and caught a shoplifter, runaway Drucilla Barber (Victoria Rowell).  Nathan had the court release her into his custody, and he taught her to read. She fell for him and wanted to get him away from his girlfriend, who as it turns was Dr. Olivia Barber, Dru’s sister. When that didn’t work, Dru met and married Neil Winters (Kristoff St. John). While on a powerful cold medication, Dru slept with Neil’s brother, photographer, Malcolm Winters (Shemar Moore), thinking he was Neil, and wound up pregnant with Lily (then Vanessa Carson/ Brooke Marie Bridges). This was kept secret. Dru and Neil divorced and she moved to Europe to become a model. Olivia became infatuated with Neil but had Nathan’s baby – Nate. Nathan had an affair with Keesha Monroe (Jennifer Gatti) and Keesha turned to Malcolm. When she learned that her ex-beau Stan died from AIDS and that she was HIV positive, the truth was exposed as was the affair, and Olivia threw Nathan out. Malcolm married Keesha on her deathbed while Nathan kidnapped Nate. Upon returning him to Olivia, Nathan was hit by a car and died. Meanwhile, Jill didn’t pay much attention to Billy who by then was sent to boarding school and returned a teenager. He, Brittany Hodges (Lauren Woodland), JT Helstrom (Thad Luckinbill), Mackenzie Browning (then played by Ashley Bashioum) and Raul Guitterez (David Lago) became fast friends. Phyllis Summers (Michelle Stafford) was introduced as Danny Romalotti’s groupie. She drugged Danny and gave birth to their child. Having already married Christine, he left her to marry Phyllis in order to give the child a name. Daniel (Desiree and Hannah Wheel, Michael McElroy, Chase MacKenzie Beback, Roland Gibbons) was born and sent off to boarding school and an insecure Phyllis, knowing Danny was still in love with Christine, attempted to run her and Paul Williams (Doug Davidson) down with her car. Danny and Phyllis went to therapy and Phyllis had an affair with the psychiatrist, Tim Reid (Aaron Lustig). The couple divorced and it came out that Brian Hamilton (Steven Culp) was Danny’s biological father. Danny won custody of the child after the court found Phyllis to be unstable and an unfit mother. 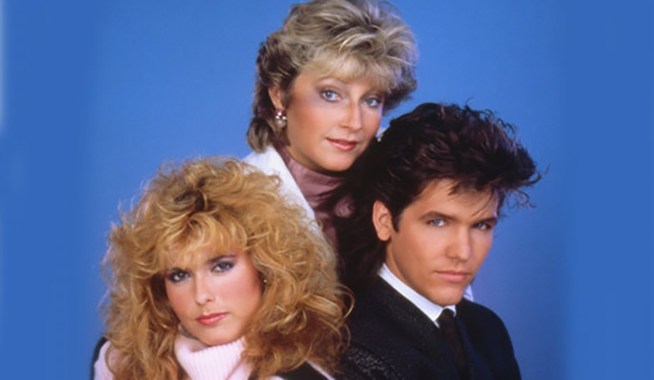 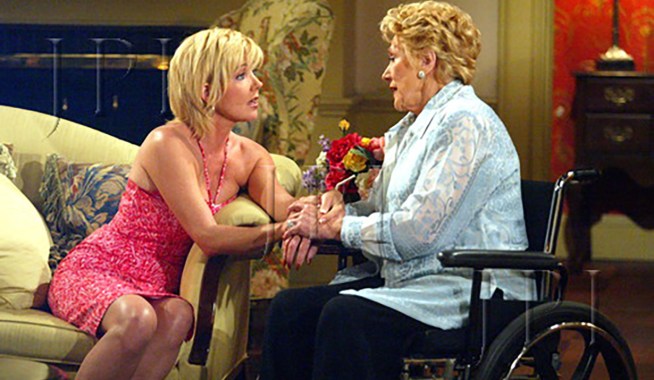