The Young and the RestlessComings & Goings

Only days after Richard Burgi announced that he would be leaving The Young and the Restless and his role of Ashland Locke, the character has been recast.

Guiding Light vet Robert Newman has been tapped to pick up where Burgi left off as Victoria’s latest husband, Soap Opera Digest reports. He’s set to air for the first time in February.

Though it’s a bummer that Burgi had to be replaced — “Ashtoria” was one of the CBS soap’s biggest successes of 2021 — the powers that be couldn’t have picked a finer successor for him than Newman. In addition to short runs on Santa Barbara and General Hospital, he was front and center on Guiding Light almost nonstop from 1981-91 as Reva Shayne’s true love, Josh Lewis.

Heck, by the time the show ended its run, he was as closely associated with Guiding Light as the lighthouse! (Relive highlights from the much-missed daytime drama’s long run here.) 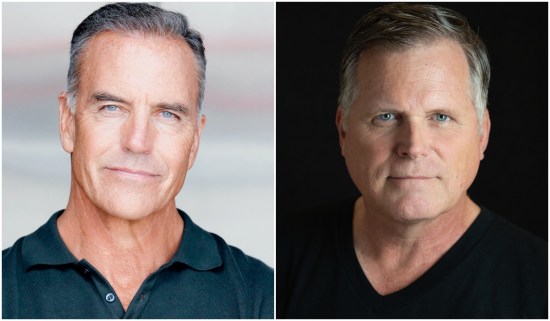 Above: Burgi’s replacement knows a thing or two about putting the “super” in a “supercouple.”

In disclosing that he was stepping down as Ashland, Burgi said via an Instastory that he’d “had a great year on [Young & Restless]. I’ve just thoroughly enjoyed the great cast and crew. Such wonderful people.”

No doubt, they will welcome Newman with open arms. While you’re here absorbing the aftershocks of this shakeup, read why Burgi was let go here and get your bearings with our handy photo gallery that runs through all of The Young and the Restless’ most recent cast changes.