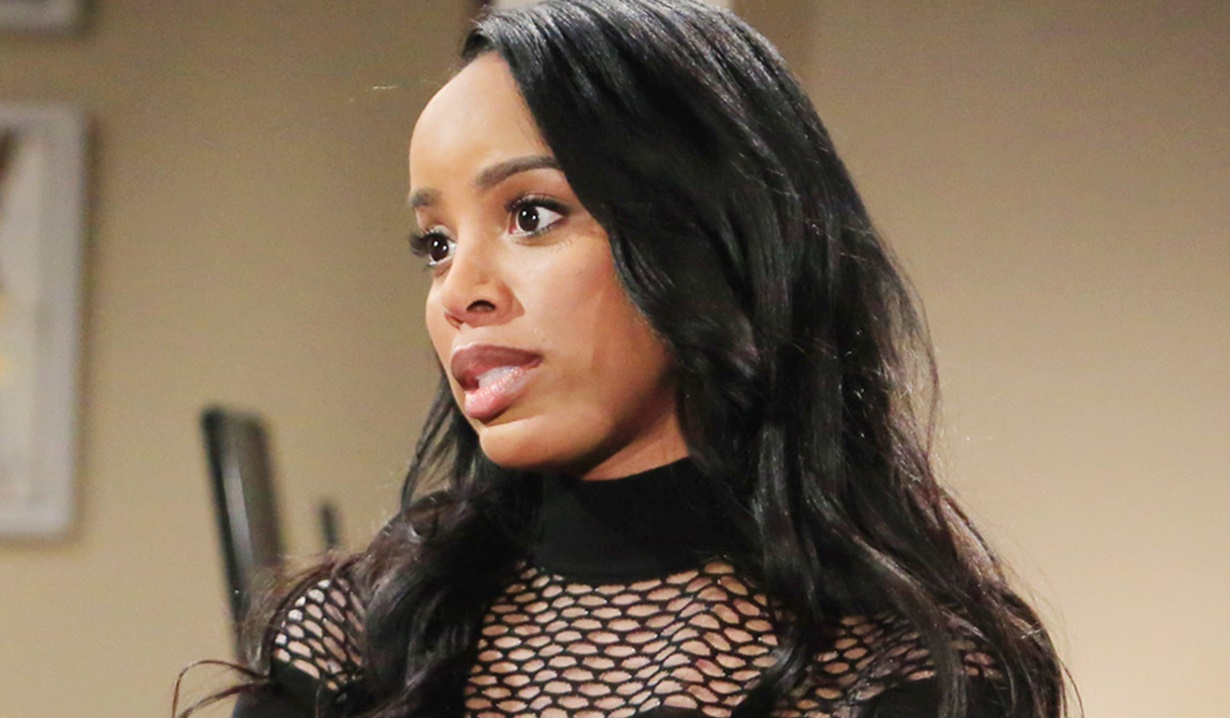 As Amanda gets more deeply involved with her birth family, and with the criminal court case that could solidify her reputation as a legal eagle, Young & Restless viewers will once again get to see her interact with her half-sister, Imani Benedict. Their first encounter was hard to forget — and not end well — as Imani filed a restraining order on Amanda… though fans were definitely left wanting more.

When Leigh-Ann Rose first appeared on Young & Restless, Amanda and Imani, both headstrong young women, clashed after Amanda first reached out to their mother, Naya, in an attempt to connect with her biological parent. Imani showed up at Amanda’s suite to warn her away and accused her of being an opportunist who was after the family’s money and prestige. Having been through a lifetime of hard knocks, Amanda was quick to set her straight, but Imani’s walls were up where she was concerned and even Naya’s confirmation that Amanda was telling the truth wasn’t enough to quell her anger.

The fiery Imani reminded fans of their other late half-sister, Hilary Curtis, and became an instant favorite. Now that Amanda is set to defend the family patriarch, Sutton Ames, in a criminal case, and Naya assured her that Imani’s restraining order had been dropped and that Imani had accepted the family’s decision that Amanda needed to be involved in the case. But will she welcome her into the family? Is it bad that we’re kind of hoping Imani will be resistant to the idea so that we get to see her and Amanda do verbal battle again?

Rose is set to reappear on Young & Restless on Thursday, April 29, so be sure to tune in! And before you run to mark your calendar, take a look through our Winters and Barber family photo gallery to learn more about the background of Amanda’s beau, Devon, including his history with the late Hilary.