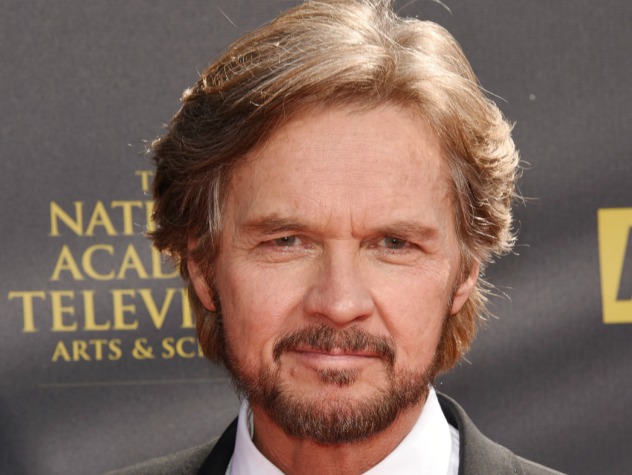 * Is a billionaire businessman
* Is the boss of JT Hellstrom, who is married to Victoria Newman.
* Came to town interested in buying into Chancellor Industries.
* Got controlling shares in Chancellor and then revealed himself to be Katherine's son.
* Had a fling with Jill Abbott.
* Hired Adam Newman.
* Is married to Ashley Abbott.
* Had a one-night stand with Diane Jenkins.
* Found out Devon is his son.

Who's played Tucker McCall over the years?

Tucker is a businessman who was introduced to Genoa City as the boss of JT Hellstrom. He was based in New York, and set up new offices in GC.

After taking control of Chancellor Industries, he announced that he is Katherine's son who she gave up for adoption. He hired Adam Wilson as an employee, and was sleeping with Jill. He used Adam to get control of Jabot, and dumped Jill.

Tucker put Ashley in control of Jabot and they began a relationship. Tucker has made inroads in his relationship with Katherine, but has butted heads with Murphy.

Tucker had a one night stand with Diane Jenkins, which Abby suspects. He plotted with Jack, and made a deal with Victoria, in an effort to get Victor's Beauty of Nature business. Tucker got engaged to Ashley, which upset Abby. When she tried to sabotage their wedding by setting it up to look like he was meeting Diane at the cabin, it all went wrong as a drunk and driving Abby ran her car into Tucker! Ashley switched places with her and was arrested as Tucker lay in the hospital in a coma with his mother, Katherine, guarding him.

After Tucker came to, he and Ashley married and battled Katherine for control of his company. Tucker learned the truth about Abby and protected her. He and Ashley became suspects in Diane's murder. Tucker learned that Katherine had found out the identity of his son through Jill. He is trying to build a relationship with Devon, and has extended olive branches to Devon's mother, Yolanda (now Harmony), and Katherine.