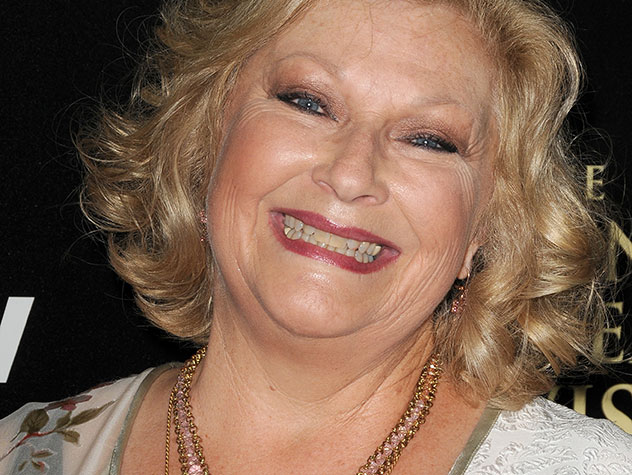 * Married to Steve Connolly.
* Resides in an uptown apartment in New York City.
* Had a major crush on Danny Romalotti.
* Arrested for crashing her car while addicted to pills.
* Often lost her men to other hungry women.
* Forgave her husband Steve for his infidelity.
* Shipped a wild Colleen to Genoa City in an attempt to get her on the right path.
* Had a very hard time dealing with her father's death.

Who's played Traci Abbott Carlton Connolly over the years?

Traci arrived back in Genoa City from boarding school in 1982. Having always felt inferior to her old sister Ashley, Traci grew up very insecure.

Her first bout of love came after being the fan club president to rock star Danny Romalotti. Just when Traci got the opportunity to sing with Danny, she found herself fighting for his affection with the beautiful Lauren Fenmore. In fact, most of Traci's life was spent feeling rejected. After she fell for Professor Tim Sullivan, Traci was so depressed after finding him in bed with another woman that she attempted suicide!

Shortly after Traci fell in love with the Abbott's gardener, Brad Carlton. As her luck would have it, Brad's bitter ex-wife Lisa came to town and kidnapped Brad! Kept in a cage, Lauren Fenmore came across Brad, but in an attempt to save him she was captured, too! Fortunately, just as Lisa was leaving the scene, Traci's brother Jack came in and rescued Brad and Lauren. During Brad's absence, thinking that he had abandoned her, Traci had filed for divorce. After finding out that Traci was pregnant with his child, Brad remarried her. However, even after Colleen was born, their marriage continued to falter and Traci ended up taking Colleen to NY, divorcing Brad and marrying Steve Connelly. For many years, Colleen would grow up referring to Steve as her father and to Brad as a visitor.

Traci finally found her calling after she wrote and published her first novel "Echoes of the Past," then went on to write a second "Epitaph for a Lover."

After discovering that Steve had cheated on her, Traci briefly moved back to Genoa City to sort out her life. Despite her daughter's objection, she forgave Steve and moved back to New York with an angry Colleen in tow. When Colleen began acting out through broken curfews and marijuana smoking, Traci sent her back to GC to live with her father John Abbott.

Although Traci hasn't made many visits back to town since, she did return to Genoa City in 2006 when John was sent to prison for the murder of Tom Fisher and later left her book tour to come back when he died from a massive stroke right before being released from prison. Having a difficult time handling her father's death, Traci left town soon after the funeral.

Traci has recently made a trip to Genoa City for a Jabot shareholder meeting, and met with Ashley, Jack, and Billy in New York to discuss Jack's plan to bring the company back into the Abbott family's control.