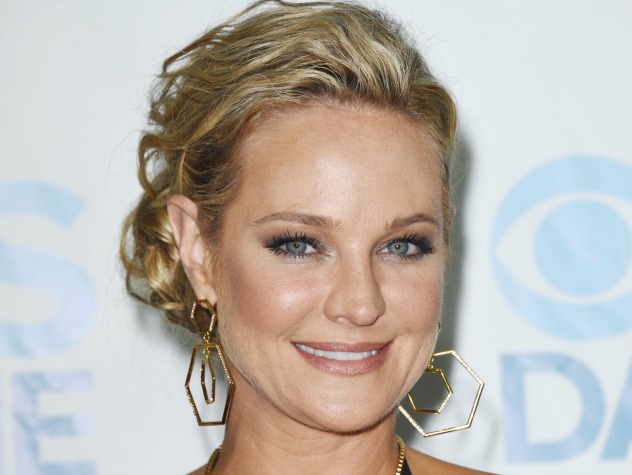 * Divorced
* Got pregnant at sixteen and gave her daughter Cassie up for adoption.
* Was believed to be a gold-digger by Nikki Newman.
* Was raped by Matt Clark.
* Walked in on her best friend Grace in bed with her husband Nick.
* Was reunited with her daughter Cassie after Grace found her.
* Was beaten and raped by Cameron Kirsten who she thought to have killed in self-defense.
* Had help from Larry Warton in covering up Cameron's body.
* Was terrorized by Cameron after returning from the dead.
* Lost her daughter in a car accident.
* Divorced Nick after he had an affair with Phyllis Abbott and got her pregnant.

Who's played Sharon Collins Newman Abbott McAvoy over the years?

Growing up in Madison, Wisconsin, Sharon Collins was forced to grow up fast and still lives with the guilt of her mother's paralysis. While out looking for Sharon, Doris lost control of her car and ended up in a wheelchair. Shortly after, Sharon became pregnant, then her mother convinced her to give her baby girl up for adoption.

In 1994, now eighteen, Sharon and Doris moved to Genoa City where she meet Nick Newman. Although she was dating Matt Clark, Nick's enemy, at the time, Sharon couldn't help falling for Nick. Mutually, Sharon left Matt and Nick left his girlfriend Amy Wilson and the two fell in love. However, Matt sought revenge by beating the heck out of Nick and raping Sharon! Matt then told Nick that Sharon had given up her child for adoption, but Nick stayed loyal to Sharon. Things turned bad after Sharon confessed to Nick that Matt had raped her. When he went to confront Matt, Nick found him dead on his floor and was convicted of murder and sentenced to fifteen years in jail! He was later exonerated after Amy Wilson came forward and admitted to shooting Matt after he had raped her.

Although Nick's mother thought Sharon to be a gold digger, Sharon and Nick married and had a son Noah. A year later, her best friend, Grace Turner, came to Sharon and Nick with the news that she had found Sharon's long lost daughter. Sharon was overjoyed to have Cassie back, but was furious that Grace had kept her from Sharon for a year! Though Nick had a hard time accepting Cassie at first, he soon welcomed her as his own.

Wanting to surprise Nick while on a business trip, Sharon felt her first betrayal after finding Nick in bed with Grace! Although she took the kids and left Nick, they reconciled in order to win custody of Cassie after her adoptive mother wanted her back. While Nick worked at Newman, determined to make their marriage work, Sharon and Nick bought the Crimson Lights Coffeehouse, the place where they fell in love.

After suffering a miscarriage and finding that her relationship with Nick was a mess, Sharon left town and went to Denver to 'find herself.' Little did she know that while she was gone, Cassie almost died after falling through the ice of the Newman pond! When Sharon returned to Genoa City, everyone criticized her for running out on her family, but, soon, Nick and Cassie forgave her and Sharon moved back in with her family.

In 2003, Cameron Kirsten, a man she had an affair with in Denver, came to town to work with Nick. A cruel man, one who had beat the crap out of her during sex, began to blackmail Sharon into sleeping with him again. However, after she met him at a hotel and refused to go through with sex, Cameron attacked her and Sharon clocked him over the head with a champagne bottle! Thinking she'd killed him, Sharon dumped his body behind a dumpster, then later put it in her trunk. Through a series of events, Larry Warton saw Sharon, took the body and hid it in a sewage drain. However, it came out later that Cameron had survived and he kidnapped Sharon and took her on a plane! In the end, Nick came to her rescue and the two reconciled. Cameron went to prison.

Throughout the years, Nick and Sharon's marriage survived numerous affairs, a miscarriage, family illnesses, kidnappings and near death experiences, but their love became truly tested with the death of their daughter Cassie. Now a teenager, Cassie became smitten with sixteen-year-old Daniel Romalotti. After lying to Nick and Sharon, Cassie went to a party and found a drunken Daniel passed out in the backseat of his car. Wanting to help him, Cassie took his keys and attempted to drive him home. Her inexperience behind the wheel caused her to wreck and she later died as a result from the accident.

Sharon was devastated and forced to deal with her feelings alone after Nick became withdrawn and obsessed with making Daniel pay for Cassie's mistake. In the end, Nick came forward with evidence that proved that Daniel was innocent. With their marriage on the rocks, Sharon later found out that Nick was having an affair with Phyllis Abbott. Soon Nick and Sharon separated, then found their marriage over after Phyllis became pregnant.

Since then, in 2006, Sharon has found comfort in and had a one-night stand with Brad Carlton, but almost lost her life after being kidnapped by men from Brad's past! Although Brad saved her, with the help of Nick, Brad remained married to Victoria Newman and Sharon and Nick divorced.

Sharon married Jack Abbott and supported him during his ill-fated campaign to become Senator. They became partners in Restless Style with her ex, Nick, and Phyllis, but it didn't work out. Sharon returned to her previous position as spokesperson for the Infinity line at Newman Enterprises.

Sharon and Nick briefly reunited until his daughter Summer's near death experience drew him back to her and Phyllis. Sharon became involved with, and married, Nick's half-brother, Adam, while vulnerable after believing her baby had died in childbirth. Later, after it was revealed Adam had stolen her child and passed it off as Ashley's, Sharon had the marriage annulled. She got her daughter back and they bonded while she helped the Newmans bring Adam to justice. Sharon wanted to understand how Adam loved her but let her believe her baby was dead.

Sharon was a suspect when Adam was thought to have died in an explosion. She reconnected with Nick, but he ended things when Adam returned and Sharon slept with him.

Sharon found Skye Lockhart alive while trying to clear Adam in her murder. Skye fell into a volcano and Sharon was found guilty of her murder. She escaped to Arizona and built a new life as a woman named Sheri and fell in love with country veterinarian Sam Gibson. She was eventually cleared of the murder and returned to Genoa City.​

Sharon was upset when she learned of Adam's engagement to Chelsea Lawson and unsuccessfully tried to change his mind. Later, Victor and Sharon were married again but Victor disappeared that night. Sharon used Victor's proxy rights to take over the company and called off the search for Victor. She arranged a quick memorial service for Victor and texted his loved ones to be there.

Victor suddenly returned and threw Sharon out. She had a mental breakdown and burned the ranch to the ground. She was diagnosed as bi-polar, and medication was prescribed.

Sharon overheard Nick and Phyllis discussing the fact that Summer's paternity test had been inconclusive, and another test proved Nick was not the father. The ghost of Cassie began appearing to Sharon. Sharon admitted to the ghost that she changed the results and thought Nick would return to her now that he thought Summer was not his daughter.

Phyllis overheard Sharon telling Cassie's grave what she had done with the results. They struggled and Phyllis fell down a flight of stairs. Sharon left the scene of the crime and told Cassie's ghost what happened.

Sharon subtly worked to get Nick back from his fiancée Avery despite his warnings they would not reunite. Still, Nick and Sharon grew closer as they spent more time as a family with Faith.

Sharon began a new job mentoring the models at Jabot.

Cassie's ghost returned and Sharon opted to have electroconvulsive therapy to end her hallucinations for good. After the procedure Sharon lost her memories concerning Summer's paternity and what happened between her and Phyllis on the stairs. Meanwhile, Nick had fallen back in love with her and they made love.

Nick caught "Cassie" and revealed to Sharon she was never a ghost, but a lookalike hired by Victor to torment her.