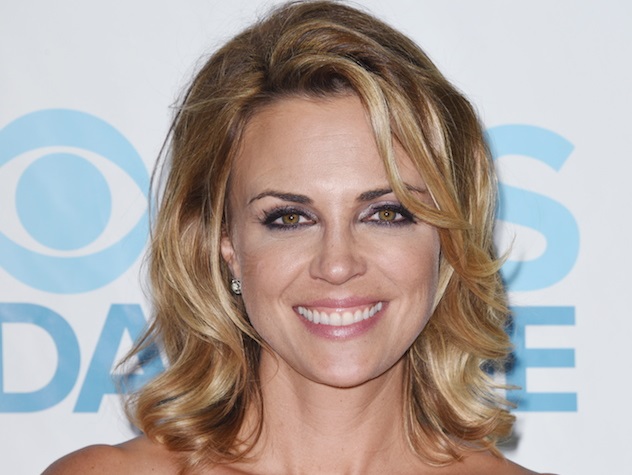 * Arrived in town when she helped Adam Newman assume the identity of her dead husband Gabriel Bingham.
* Reported news of Chelsea Lawson back to Adam.
* Led Gabriel’s grandmother Constance Bingham to believe Gabriel was still alive and remained in her will.
* Saved Nick Newman from a bear trap.
* Told Nick that Constance had raised her after her parents died.
* Her growing closeness to Nick caused problems in his custody case over Faith with Sharon.
* Kissed Nick while trapped in the Underground collapse on Valentine’s Day.
* Gave up her inheritance by divorcing Adam.
* Had one night stand with Adam after Nick broke up with her.
* Got pregnant and paternity results said Nick was the father.
* Had emergency appendectomy while pregnant.
* Married Nick Newman.
* Went into early labor and her son was delivered in the park by Adam.
* Was told her son died when he was really given to Sharon and Dylan McAvoy.
* Got herself admitted to Fairview to learn more about Dr. Sandy Anderson.
* Tried to adopt a baby but the mother changed her mind.
* Learned the truth about her son. She died later that day after a car accident with her son in her arms.

Who's played Sage Warner Bingham Newman over the years?

Sage Warner arrived in Genoa City in October 2014, keeping her identity a secret as she tailed Chelsea Lawson. She reported news about Chelsea’s life to a man who was revealed to be thought-dead Adam Newman with a new face and identity, Gabriel Bingham. Gabriel was the man Sage had married just hours before they came upon a burning car wreck. Gabriel died saving Adam from the wreckage. Sage helped Adam have plastic surgery to look like Gabriel, then nursed him back to health while leading Gabriel’s grandmother Constance to believe Gabriel was still alive.

Sage did not want Adam to spend time in Genoa City but when she reported to him how Chelsea had moved on, he insisted. After Sage saved Nick Newman from a bear trap in the woods outside Constance's estate, she realized Adam knew the man and he confirmed they were half-brothers. She could no longer stop him from returning to town and went with him. Sage began spending time with Nick, who knew Gabriel from college.

On her deathbed, Constance saw the real Gabriel in heaven and new Sage had lied to her. After Constance died Sage revealed to Adam that Gabriel was her husband, and he needed to go along with the act or neither of them would get the money from the will. They kept their marriage a secret but pretended to date so Billy and Chelsea would be at ease over Gabriel’s sudden appearance in their lives. But this also conflicted with Sage’s growing feelings for Nick. She confided the truth about her marriage to Nick. When she was found in Nick's robe by Faith it led to issues with his custody case - and Sharon. Adam purchased a penthouse for them right across from Billy and Chelsea.

Sage grew closer to Nick and began working with him behind the bar at the Underground during a crowded Valentine’s Day party. She had to intervene that night when “Gabriel” confronted Victor about his father’s suicide after Victor stole his company. Later the roof of the club caved in and while trapped Sage and Nick kissed. Dylan saved them and Sage had a bump on her head checked out at the hospital. Sage’s apartment with Adam was damaged in a fire that night as well, so Billy invited them to stay with him and Chelsea.

After Billy and Chelsea were engaged Sage told Adam she wanted a divorce. She went to Nick and they made love at the club, but were caught by an angry Sharon. Chelsea learned about the encounter and accused Sage of stepping out on Gabriel, so Sage warned Chelsea that Gabriel was working her and filed for divorce from Adam.

Sage’s inheritance from Constance went into probate and she moved into the Athletic Club. When Nick broke up with her for Faith’s sake, she got drunk on the rooftop bar and had sex with Adam. Not long after Sage realized she was pregnant and thought the baby was Nick’s. Adam demanded a paternity test and she agreed.

Sage had an emergency appendectomy but the baby survived. At the hospital Chelsea demanded to know if the baby was Gabriel’s causing her more distress. She decided to come clean to Nick about everything and wrote a letter with the intent of leaving town but Marisa intercepted the letter. Nick found the unopened paternity results instead, declaring him the father. Nick proposed and they quickly wed in Chancellor Park.

Sage was put on bed rest and grew closer to Faith but ended up in the hospital after a scary incident when she thought Victor was stealing her baby. Not long after, Adam’s identity was exposed and Nick was furious to learn Sage knew all along. After they argued Sage went into labor and Adam delivered her premature son in the park. Sage hemorrhaged and had surgery, but she survived and she and Nick named their son Christian Andrew Newman.

Sage would not leave her baby’s side but Nick finally convinced her to leave the hospital for the Halloween party at the Top of the Tower. A fire broke out that night and Sage and Nick were reunited later at the hospital. It was there they were told Christian had died when he had really been given to Sharon as her newborn. Sage was devastated and initially wouldn’t attend his service, but Adam convinced her to go.

After Sharon came home with her son Sullivan Sage regretted never holding her own baby. She blamed Nick and moved out of his house, but Nick refused to give her space and they were able to mend their broken relationship – despite Dr. Sandy Anderson always insinuating herself in their issues. Nick and Sage soon hatched a plot to find out what Sandy was hiding and Sage got herself admitted to Fairview. She found a book about paralysis filled with notes but was sedated by an orderly when she was caught trying to call Nick about it. When Nick arrived Sandy was dead at the hands of Patty Williams and Paul closed the case.

Sage moved forward with plans to adopt a baby and met with teenager Shawn. Nick was wary of moving so fast, but when Shawn’s apartment was broken into she insisted the pregnant girl move in with them. Nick asked Chelsea to hire Sage so she would have something to focus on should the adoption fall through, and Sage took the job. It was a good thing too, because Shawn changed her mind, kept the baby and left town. Sage threw herself into her work.

Sharon and Sage soon realized the same nurse who told Sage that her baby died had also worked with Dr. Anderson. They began digging and discovered the nurse had been a patient herself after assisting patients in suicide.

Sage learned that Sharon’s baby Sully was really her own son Christian, and she confronted Sharon. Sharon had just gotten the DNA results and confirmed the truth. Sharon begged to keep the baby until she could tell Dylan, and Sage ran out to tell Nick. On the road she called Nick but dropped her phone. When she went to pick it up, she crashed. Sharon was following and tended to Sage while waiting for the ambulance. Sage asked Sharon to promise to tell Nick the truth and died with her baby in her arms.

Christian Newman (baby with Adam Newman though she thought Nicholas Newman was the father. She thought the baby was deceased but he was being raised as Sully McAvoy, child of Sharon McAvoy and Dylan McAvoy.