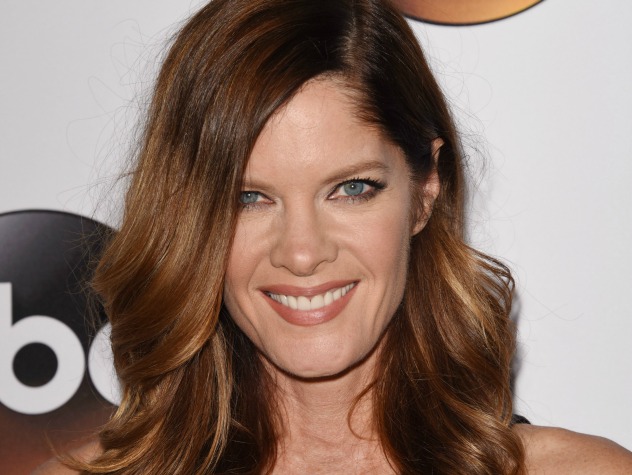 * Drugged Danny Romalotti for sex and became pregnant.
* Fixed the DNA tests to make it look as though Danny was the father of her baby.
* Left the scene of the accident after hitting Christine and Paul Williams with her car.
* Was a suspect in the murder of her NY friend Sasha Green.
* Was deemed unfit and lost custody of her son Daniel.
* Was tried and acquitted in the attempted murder of Diane Jenkins through arson.
* Kidnapped Michael Baldwin.
* Had an affair with, and later blackmailed, Dr. Tim Reid.
* During their affair, she became pregnant with Nick Newman's child.
* Had a daughter with Nick - Summer Anne Newman.
* Was kidnapped by Shelia Carter, along with her daughter and Fen Baldwin.
* Re-established her relationship with son Daniel when he came to Genoa City to live.
* Served time in prison for blackmail.
* Ran Restless Style with her Nick.

Who's played Phyllis Summers Abbott Newman over the years?

Before her appearance in Genoa City, Phyllis Summers was an obsessed fan of rockstar Daniel Romalotti. After drugging and seducing him, Phyllis showed up in GC in 1994, pregnant, causing Danny and his wife Christine to divorce. Danny then married Phyllis. Phyllis retaliated against Christine's meddling by hitting her and Paul Williams with a car, but no one was hurt and Phyllis was never found out. After Phyllis gave birth, her marriage to Danny was dwindled by lies, affairs and outside interferences. Danny eventually found out that he wasn't the father of little Daniel and divorced Phyllis. However, Danny had already grown to love his son, proved in court that Phyllis was an unfit mother and took Daniel away for years!

After Phyllis moved in with Michael Baldwin, she became jealous of Michael's law clients. She even kidnapped him and left him abandoned in a warehouse to make him pay! Even though Michael broke free and blamed Victor Newman for his abduction, Phyllis admitted that she was responsible and Michael threw her out. However, amazingly, through the years, she and Michael have become best friends.

Phyllis fell in love with Jack Abbott during a time when she was working and spying on him for Victor Newman. After Jack found out, he broke things off with Phyllis and she left Genoa City to move back to New York. Three years later, Phyllis returned and Jack hired her to build the Glow by Jabot website. However, when Jack didn't make an effort to keep her on, Phyllis went to work for Newman!

Phyllis and Jack's relationship survived, and even though she had an ectopic pregnancy and was told she couldn't have any more children, Jack married her in 2001. After Jack found out that he was the father of Diane Jenkins' son, Phyllis found herself at the brunt of Diane's ploys to get Jack back, and was even accused for an arson she didn't commit! With Jack and Phyllis working for opposing companies, the stress on their marriage became immense and Phyllis and Jack ended up in the arms of Diane Jenkins and Damon Porter. They filed for divorce and broke their ties.

In 2003, Phyllis' son Daniel returned to Genoa City and briefly lived with Christine Blair. Although it took a lot of mending, with Jack's newfound friendship and help, Phyllis and Daniel were able to put the past behind them and managed to become close, even after he found out that Danny Romalotti wasn't his biological father.

After Daniel got drunk at a party and passed out, Cassie Newman, an underage driver, drove his car home and got in an accident that ultimately caused her death. Phyllis and Daniel were then kicked out of the Newman tack house, but Jack rode in and saved the day when he offered for them to move into the Abbott mansion with him, also welcoming Phyllis back into his arms. It wasn't until after Daniel's run from the law, his trial facing manslaughter charges, and sudden marriage to Lily Winters that Phyllis was finally able to concentrate on getting her life back in order.

Phyllis and Jack continued to have work related problems and with Nick Newman's marriage on the rocks, Phyllis and Nick began a passionate affair! Although Phyllis was mortified after Daniel walked in on her and Nick, the two couldn't keep their hands off of each other. Phyllis later found out she was pregnant and ended her relationship with Jack. When Phyllis expressed to Nick that she wasn't sure if the baby was his or Jack's, a paternity test was administered but Nick was the only one to view the results and then claimed that he was the father! Nick and Sharon soon divorced. To avoid the six-month waiting period, Nick and Phyllis flew to Mexico and got married! When they returned to Genoa City, they moved into the Newman tack house and Phyllis soon gave birth to their daughter Summer.

Although the couple appeared to have a lifetime of happiness in front of them, Shelia Carter came to town and kidnapped Phyllis, Summer and Fen Baldwin, leaving Phyllis with the threat of losing her identity and her family for good!

Once Sheila was killed, Phyllis wound up doing some time in jail for manslaughter. She shared a cell with Carmen Mesta's murderer, Jana Hawkes. Phyllis got out early on a work program, and assumed her position as Nick's wife as he held vigil over his comatose sister, Victoria.

Phyllis and Nick began a fashion magazine with their exes, Jack and Sharon, but the foursome had trouble making decisions, so Nick and Phyllis bought out the other couple. Phyllis experienced insecurity over her marriage when Nick and Sharon began spending time together parenting their teenage son, Noah.