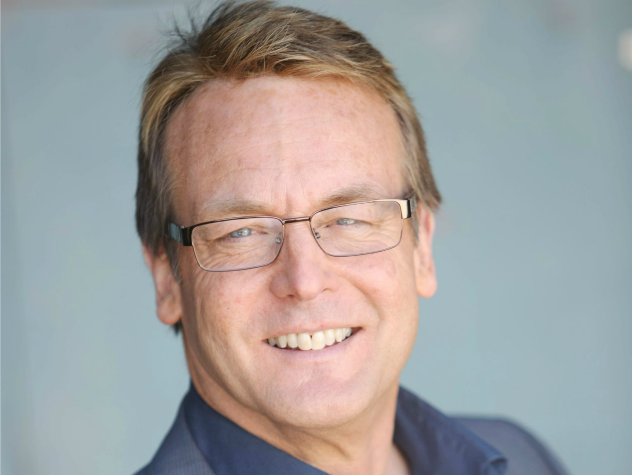 * Had an affair with Nikki Newman.
* Was arrested and exonerated in the murder of George Rawlins.
* Had a nude photo of himself entered into a contest by Lauren and used for a centerfold!
* Saved Christine Blair from being raped by Michael Baldwin.
* Rescued Lauren from a farmhouse after kidnapped by Tom Fisher and Shelia.
* Witnessed Brad kill two men who attempted to kill Sharon and Brad for the Grudgeon Reliquary.
* Held Shelia captive in a cell.
* Has re-established his relationship with daughter, Heather Stevens
* Solved the mystery of Ji Min's death and discovered the truth about David Chow to protect Nikki.
* Accompanied Nikki to Mexico to search for the missing Victor Newman.

Who's played Paul Williams over the years?

Paul Williams came on the scene in 1978 as a rebellious teen. In his younger years, Paul dated Nikki Reed and ended up giving her a venereal disease! While his overbearing mother Mary wasn't able to pair him up with the girl of 'her' dreams, Paul made his parents proud when he followed in his father's footsteps and joined the Genoa City PD, then later went on to open Paul Williams Investigations.

Paul got April Stevens pregnant out of wedlock and ended up giving up all parental rights when parenthood was too much for Paul to face. Although Paul has had many women in his life, two of the most memorable are Lauren Fenmore and Christine Blair. Paul and Lauren had many on-off moments during the years, but have always remained friends. Just when they were about to marry for a second time, Lauren submitted a nude photo of Paul to a magazine that ended up making him a centerfold! Paul, nor Mary, found it humorous and Paul decided against going back down the aisle with Lauren again. However, he has repeatedly been there to save Lauren from the evil clutches of her past, mostly Sheila Carter!

In later years, Paul went on to work with and fall in love with Christine Blair and rescued her after being kidnapped and almost raped by Michael Baldwin! Knowing that she still had feelings for her ex-husband, Paul's once best friend, Danny Romalotti, Paul shouldn't have been shocked when he found the two making love! However, Chris picked Paul and he forgave her and they soon married.

There came a time when Paul wanted children, but Chris wanted her career and started a law firm with Michael Baldwin - her onetime nemesis. After a big case took her to Hong Kong, Paul was left vulnerable and fell into the arms of his new client Isabella. After months, Chris returned home to find Paul in bed with Isabella and filed for divorce. Isabella later became pregnant and though she was very possessive, Paul married her. It wasn't until after their son was born that Chris returned to GC and Paul found himself still in love with her! Paul and Chris had a heavily passionate one-night stand where at one point Paul had thought that he'd crossed the line and raped her. However, they soon had another fling, but Chris decided, in the end, to marry Michael Baldwin. In an attempt to make his marriage to Isabella work, Paul confessed his infidelity, but Isabella took their son and left him. Enraged with jealousy, Isabella tried to fake her death as a way to cover up her need to murder Chris, but Paul rescued Chris in time and had his crazed wife sent to a mental hospital. Despite everything, Paul and Chris never got back together.

For eight years, Paul's father Carl seemed to have fallen off the face of the earth after leaving for work one day. Paul got the shock of his life when Christine came across a man named Jim Bradley with the face of Carl Williams! However, Paul's father was a victim of amnesia and never remembered being Carl Williams or the family that he left behind.

Paul has worked on cases for many of Genoa City's residents, but the 2006 case of Brad Carlton's past was one of the best. Paul and his assistant JT Hellstrom single-handedly found out that Brad Carlton was in fact George Kaplan and had been living under a fake name for years. While Paul didn't buy Brad's explanation at first, he now knows Brad's situation and continues to help Brad fight the demons of his past.

In January 2007, in an attempt to protect Lauren from her crazed adversary, Shelia Carter, Paul captured Shelia and held her prisoner in a warehouse cell. However, Shelia managed to escape and took Lauren's son, Phylis Newman and baby Summer hostage!

Paul's next challenge was to re-establish his relationship with his daughter Heather, who turned up in Genoa City. Heather was very angry at her father and Paul had a difficult time getting through to her, but his patience has paid off and their relationship is now becoming much closer!

Paul worked to investigate Nikki Newman's sketchy husband David Chow, and uncovered the truth about his past - and the Ji Min murder! Paul was very protective of Nikki after David died and she found out the truth. When Victor went missing, Paul accompanied his friend Nikki to help her look for him in Mexico.

Nikki and Paul hooked up for awhile, but she decided to go back to Victor. Paul became embroiled in emotional upheaval when a new lady in town who dated Jack was revealed to be his sister, Patty Williams! Paul supported Patty throughout her breakdowns and stays in the sanitarium, even after she tried to kill her own psychiatrist, Dr. Peterson.

Paul wound up getting romantic with Nina when she returned to town, and spent time with old flame, Christine, when she came to town during the reveal that Nina's long lost son, Ronan, was alive. Paul and Nina are currently on the outs since she blamed his daughter, Heather, for Chance re-enlisting in the military.