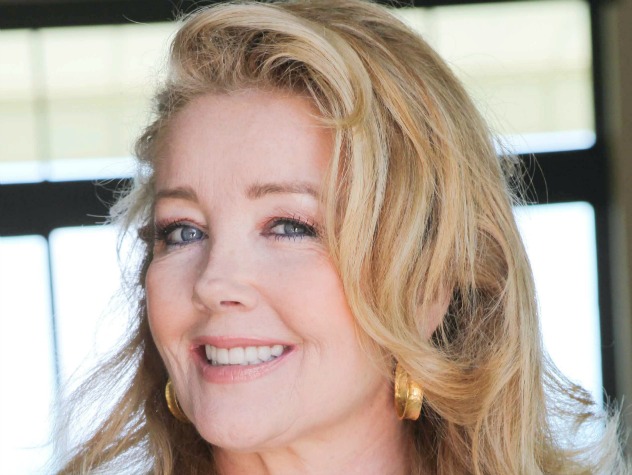 * Widowed.
* Killed her father as he attempted to rape her.
* Was a former stripper.
* Is a reformed alcoholic.
* Loves to play the piano.
* Enjoys horseback riding.
* Was shot by Josh Landers ex-wife.
* Left Brad Carlton at the altar.
* Suppressed a memory that she had accidentally killed her best friend at five years old.
* Her best friend was Katherine Chancellor.

Who's played Nikki Reed Newman over the years?

Nikki Reed appeared in Genoa City in 1978 after having an affair with and contracting a sexually transmitted disease from a young Paul Williams. Not having the best childhood, and killing her father after he tried to rape her, Nikki worked at the Bayou as a stripper where she met her soul mate, Victor Newman. After spending one night together, Victor denied his feelings for Nikki and set her up with Kevin Bancroft. Nikki and Kevin married and she soon found out that she was pregnant. After her daughter Victoria had been kidnapped by Kevin's mother, it was discovered that Victor was the father and the baby was returned to Nikki.

Throughout the years, amongst the many marriages and divorces in which Nikki and Victor's relationship endured, Nikki dealt with numerous trials and tribulations including becoming an alcoholic, being addicted to pain killers, losing her child with Jack while arguing with Victor, thinking Victor was dead after he took refuge in Kansas, being shot by the crazed ex-wife of her once husband Josh Landers, and leaving Brad Carlton at the altar - just to name a memorable few.

Through it all, having lived most of her life dependent on various men, Nikki stood on her own when she invested thirty-five million dollars in Jabot Cosmetics and took a seat on their board!

Before their reunion in 2002, Nikki saved Victor from fathering the child of Diane Jenkins after Nikki found out that Diane stole Victor's sperm! Nikki hired someone to secretly swap out Victor's sample with another prior to Diane's insemination. Unfortunately, the mystery donor turned out to be Jack Abbott and Nikki changed his life in an instant. After remarrying, Nikki and Victor pulled together and became a rock for their children who had developed their own set of problems throughout the years.

It wasn't until the Jabot/Newman cosmetic war began when Victor and Nikki found themselves on opposing sides at work, which in turn followed them home. After it was revealed that Victor single-handedly sabotaged Jabot's campaign, causing Nikki to lose millions, their marriage was put to the ultimate test! However, in the end, Nikki stood by Victor's side during his commercial bribery trial.

After Victor was sentenced to community service, he decided to turn an old warehouse into a Rec Center for kids. Realizing that it was the same building that her drunken father had worked at, Nikki began to have strange flashbacks from her childhood. It turned out that she had suppressed a traumatic time in her life. While playing with her father's gun, at five years old, Nikki had shot her best friend Joshua Cassen (Bobby Marsino's brother) and her father had buried him in the cement in the same building! During construction for the Rec center, Joshua's body was found and Nikki was forced to face her past.

In 2006, Nikki regained her footing in the business world and partnered up with Victor and Phyllis Abbott to form NVP Retreat Spas. However, after Victor was diagnosed with Temporal Lobe Epilepsy, he sold his shares to Jack Abbott and Nikki has been in a tiff about it ever since! Now that Victor's Epilepsy is under control, after undergoing Gamma Knife Radiosurgery, Nikki and Victor are determined to regain control of NVP after finding out that Jack had been going behind their backs for months and had secretly regained ownership of Jabot with company funds!

In 2007, Nikki came to the aid of her best friend Katherine Chancellor and held her hand as Kay told Jill that she had switched her child at birth!

After the Clear Springs explosion put her pregnant daughter Victoria in a coma, Nikki, along with boyfriend David Chow, fought for the rights of the unborn child. However, before a decision could be handed down, the child was delivered by c-section.

Nikki married David, who turned out to have had a shady past. He was connected to the mob, and was a gambling addict as well. Nikki tried to stand by her husband as they headed up Jabot Cosmetics together, but his issues proved too much for them to overcome. In the end, David tried to kill Nikki at the Charity Gala, and wound up dead himself, along with Victor's new wife Sabrina, in a car wreck.

Nikki was blamed for the chain of events by Victor, who took off for Mexico seeking revenge. Nikki caught up with him, but was unable to convince him to return. When he ended up sequestering himself in Paris, Nikki unselfishly sent her nemesis, Ashley Abbott, to talk him into coming home.

Nikki later wound up in another battle with the bottle that led to her blanking out on killing Diane in self-defense. She embarked on an affair with Deacon Sharpe that began in rehab, and Victor took the fall for her, going to jail and marrying Sharon to protect Nikki. Eventually it was revealed that Nikki was Diane's killer and by then Nikki had an intense rivalry going with Sharon.

Nikki ended up romancing Jack again, but couldn't let go of Victor. When he went missing and Sharon didn't appear to give a damn, she took the lead in searching for her ex. It was Genevieve and Billy who found him and he returned as Nikki mourned him at the cemetery. Reunited, Nikki has struggled with Victor continuing to have difficult relationships with their children, and recently learned she has MS. Despite their troubles, the entire family was present when Nikki remarried Victor. The wedding was marred by a shooting and the stress left Nikki weakened and wondering who would want to kill Victor.

After Adam, who had been shot at the wedding, awoke from his coma, he and Victor agreed to run Newman Enterprises together. Nikki agreed to give Adam another chance for Victor’s sake. At a family birthday dinner, Katherine admitted to Nikki that she had forgotten about her wedding, but it wasn’t from Alzheimer’s. Nikki soon found out that Katherine had a brain tumor and encouraged her to let the people she loves in.

Nikki and Victor took their belated honeymoon to Tuscany. When they returned they learned that Victoria had left Billy because he had been gambling again. Billy came to Nikki to try to get her to help him win Victoria back, and she felt sympathy for him because of her own battles with alcohol addiction. Victor interrupted them and threw Billy out, which made Nikki question how he felt about her own struggles. Victor later threw a fundraiser for MS to prove his love for her. Nikki and Victoria worked together and raised more than one million dollars in donations.

After Katherine’s brain surgery was a success, she left for a trip around the world and sent postcards to her family and friends, including Nikki. She gathered with the rest of Katherine’s loved ones to welcome her home from her trip, but Murphy arrived alone and told them how Katherine had died in her sleep after she traveled the world and crossed off a number of items on her bucket list. He asked Nikki to read a letter that Katherine wrote that asked everyone to remember her spirit and hope.

Nikki was devastated by the loss of her friend and with Jill’s help, Nikki threw a celebration of life ceremony for Katherine where everyone could share their memories. When the will was read, Nikki was left all of Katherine's writings.

Soon, Nikki told Paul a secret she had been carrying since the time they were in the cult together in the 80s. The cult leader, Ian Ward, had used Nikki for sex. When she was pregnant the commune burned to the ground and she left town. She told Paul she gave birth in a convent in Chicago, and she gave the nuns the baby to adopt. Nikki had told Katherine about the child and she had encouraged Nikki to find out what happened to the baby so she could let them know they might inherit MS.

It turned out that Katherine had hired an investigator, and she left a phone number for Nikki in her writings. Paul found out it was the disconnected phone number of a dead family attorney in Illinois. Paul and Nikki went there and found the convent where Nikki had given birth, but all of the adoption records had been destroyed in a fire. The nun who delivered the baby remembered a woman named Penelope adopted the baby. After some digging Paul found out the baby was now living in Genoa City. Nikki’s son was Dylan McAvoy! Nikki struggled with whether to tell Dylan that she was his birth mother as he didn’t even know he was adopted.

On Halloween 2013, Delia Abbott was killed by a hit-and-run driver after her father Billy stopped for ice cream and she ran out in the road after her dog. Nikki’s car was seen on surveillance footage near the scene of the accident, and she admitted to Paul it was because she went to Avery to have Dylan put in her will. Paul was shocked she told Avery her secret, but Nikki hoped to get to know Dylan through Avery. Avery was upset that Nikki made her a part of this secret, which she was also keeping from Victor.