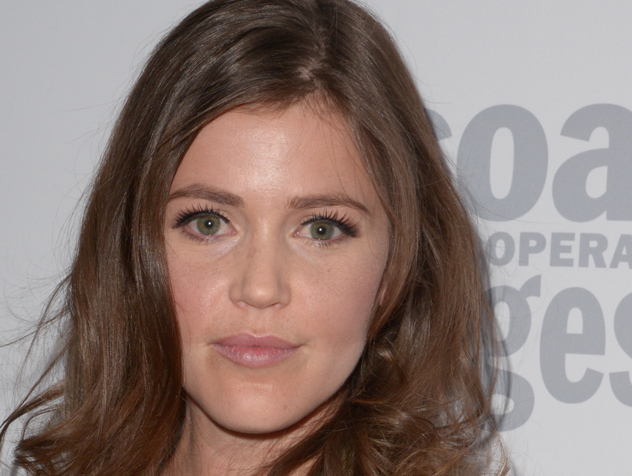 * Genius computer hacker who arrived in Genoa City on January 15, 2016 from Switzerland.
* Clashed with Mariah Copeland over her feelings about Kevin Fisher.
* Was used as bait to get Adam Newman returned from kidnappers.
* Double crossed Victor Newman with Phyllis Abbott and Billy Abbott.
* Was forced to live with Summer Newman at Victor's command.

Who's played Natalie Soderberg over the years?

Natalie Soderberg was first mentioned by Kevin Fisher after returning from Zurich, Switzerland while working on the Paragon project. He told Mariah Copeland he had met a genius computer hacker who could create a program to prevent computer systems from being hacked. Kevin got Billy Abbott to agree to fund the project for twice the value and partnered with Natalie. After Billy was in an accident Kevin partnered with Victor Newman instead.

Natalie came to Genoa City on January 15, 2016, arriving at Crimson Lights, and demanded Kevin and Mariah hide her. She told them she had sold the program to another investor as well, but instead of delivering she kept the money and came to Wisconsin. Natalie told Kevin the program wasn’t ready and he and Mariah agreed to hide her at the Athletic Club while she worked on it. Natalie and Mariah immediately clashed over their relationships with Kevin.

Kevin asked Natalie to hack into Victor’s computer and they learned of a plan to swap a girl for Adam Newman, who had been kidnapped. They knew right away it was Natalie though Victor at first thought it was Marisa Sierras. Natalie went to Victor and told him she had grown up an orphan and convinced him the computer program she was working on was worth hiding her over. Natalie was agreed to be only used as bait, handed over while modeling at Chelsea Newman’s fashion show. During the exchange Phyllis Abbott revealed herself to Natalie to be the other investor and they agreed to work together against Victor.

Natalie told Kevin and Mariah about the plan with Phyllis and agreed to cut them in. Natalie also met Phyllis’ secret partner, Billy. Victor later moved Natalie into an apartment with his granddaughter Summer Newman as a way to keep tabs on her, and after some initial friction the two bonded, much to Phyllis’ dismay. Later Billy wanted to end the plan and have Natalie tell Victor she was nothing but a con artist.

Luca Santori demanded to be part of the action after Summer let their plans slip to him over drinks. Summer later found the feed to the camera Natalie had planted in Victor’s office and observed a conversation between Adam and Victor that made her feel Luca’s life was in danger. Luca showed up at Natalie and Summer’s apartment where Summer agreed to hide him. Later Victor showed up and told Natalie she had more at risk than her job and gave her just 48 hours to finish the program, called PassKey. Phyllis convinced Natalie to give Victor a fake program and give the real one to her and Billy.

Victor found the camera Natalie planted, as well as Natalie's laptop with the fake PassKey, and fired Natalie. She explained to Luca her plot with Phyllis and Billy. He was impressed but Summer was furious and threw Natalie out of the apartment.