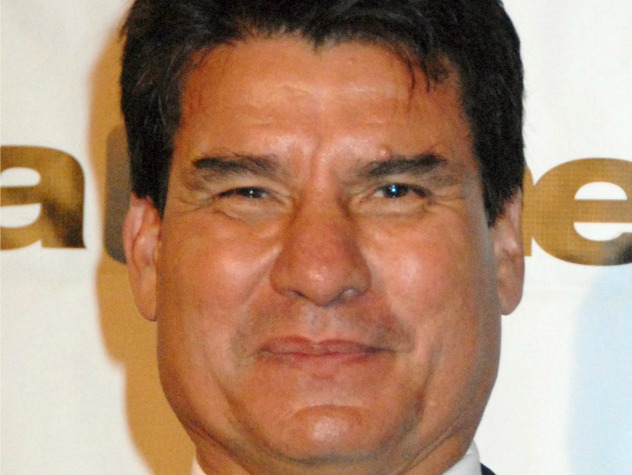 * Single.
* Resides at the Newman Ranch servant's quarters at 421 Larkspur Trail.
* Fell in love with a escaped mental patient who tried to kill Nikki.
* Has been for years and continues to be loyal to the Newman family.

Who's played Miguel Rodriguez over the years?

Since 1984, Miguel Rodriguez has been the loyal manservant of the Newman family. Once a man with only the responsibly of making sure that Victor Newman was clothed to the tee, Miguel has since taken on the many duties of a chef, a maid, a nanny, and a chauffeur all wrapped up in one! Other than moving into the corporate apartment with Victor for a few years after Victor and Nikki's divorce, Miguel has resided and continues to reside at the Newman Ranch.

Although he's never taken too much time out for love, Miguel briefly dated the maid of Katherine Chancellor, Esther Valentine. It wasn't until 1997 that Miguel would exhibit a life outside of the Newman compound� After Nikki married Josh Landers, a mysterious woman showed up at the ranch and was hired as a new housekeeper. Only known to Miguel and the Newman's as 'Sarah,' little did any of them know that she was really Josh's ex-wife Veronica who had escaped a mental hospital and had a total plastic surgery overhaul! Trying to escape, after shooting Josh dead, 'Sarah' ran into Nikki on the way out and shot her, too. Nikki survived and so came the end of 'Sarah.'

After leaving the ranch, Veronica let her hair down, took off her glasses, and wore make-up, looking totally opposite of the shy Sarah. Not recognizing her, Miguel fell in love with Veronica and got her a job at the Mexican restaurant, which he frequented. Shortly after, Miguel would regret this arrangement after Veronica's boss started making sexual advances toward her. For the first time, Miguel showed his emotions and punched the man in the face! Feeling bad for having caused Veronica to lose her job, Miguel convinced Victoria Newman's husband Cole to hire her as his assistant.

In 1998, Miguel would have his heart broken when Cole realized that Veronica was really the woman Sarah who shot Nikki and left her for dead! Finding out that Veronica had been holding Nikki at the sables at gunpoint, Miguel was able to distract Veronica in time for Victor to grab the gun and save Nikki. However, as Victor struggled to remove the gun from Veronica's hold, the gun fired and Veronica was shot dead! Although he was forced to face that he had been used as a means to get revenge on Nikki, Miguel held Veronica's dead body in his arms and cried with sorrow.

These days, Miguel has yet to find love and continues to serve the Newman family and their offspring. However, he has never been looked at as the family servant, rather a loyal part of the Newman clan!