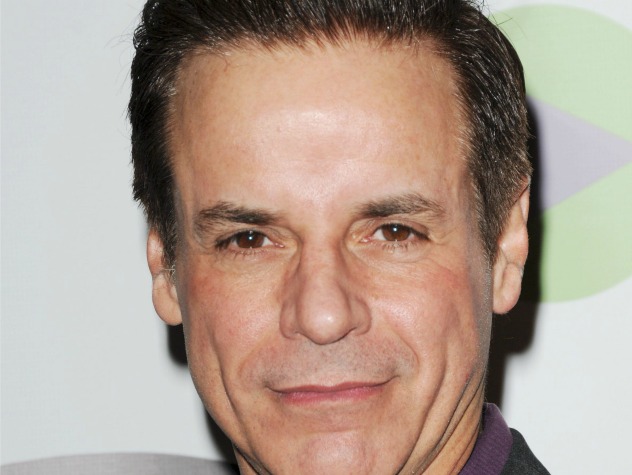 * Married to Lauren Fenmore Baldwin.
* Resides at an upscale apartment at 250 Market Street #632.
* Raped Hilary Lancaster years before coming to Genoa City.
* Was arrested for assault.
* Held Christine Blair prisoner and attempted to rape her.
* Shot Paul Williams during Chris' attempted rescue.
* Served 4 years in prison.
* Was charged with sexual harassment.
* Framed his step-father Tom Fisher by having Ashley Abbott plant drugs in his motorcycle saddle bags.
* Was blackmailed by Victor Newman into committing commercial bribery.
* Discovered that Jack Abbott owns Jabot!
* Helped to keep a Phyllis look-a-like, Shelia Carter, captured in a cell!
* Found his father, River/Lowell Baldwin and discovered that he has a half-sister, Eden.
* Defended his father on murder charges.

Who's played Michael Baldwin over the years?

In 1991, we met Michael Baldwin when he appeared as a law mentor to Christine Blair and watched as he found himself obsessed with his young apprentice. After continually sexually harassing Chris, Michael found himself with a case against him! He went on to kidnap Chris, and if it wasn't for Paul Williams showing up in the knick of time, Michael would have raped her. The next four years, Michael spent behind bars for the crime.

Amazingly, believing he was a changed man, Christine testified at Michael's parole hearing and he was soon released. Once he was able to again practice law, he even went into business with Chris. During a case, Michael got involved with Phyllis Romalotti who later moved in with Michael. Phyllis became jealous of Michael's law clients. She even kidnapped him and left him abandoned in a warehouse to make him pay! Even though Michael broke free and blamed Victor Newman for his abduction, Phyllis admitted that she was responsible and Michael threw her out. However, amazingly, she and Michael have become best friends.

Throughout the years, Michael has worked both for and against the Newman, Abbott and Chancellor families. Some of his most memorable cases involved working with Katherine Chancellor in her fight to win the estate over Jill and helping Grace Turner find information about Sharon Newman's long lost daughter Cassie. Michael also allowed himself to get wrapped up in some of the shadier cases in Genoa City, such as the time he advised Brad and Jack on the best way to take over Newman Enterprises, working with Victor to sabotage Jabot's cosmetic line and most recent, in 2006, when he illegally uncovered the fact that Jack Abbott secretly bought back Jabot!

However, Michael's biggest challenge came when he was again reunited with his estranged brother, Kevin Fisher, and mother, Gloria Fisher. Since their arrival in Genoa City, Michael has had to pull his family out of numerous messes, including helping Kevin beat certain charges when Michael knew his brother was guilty and covering up crimes that Gloria committed surrounding the notorious Jabot contaminated cream scandal!

Michael had many flings throughout the years, including an 'almost' marriage to his once victim Christine Blair, but finally found true love in Lauren Fenmore. Although she was the center of his brother Kevin's infatuation, Michael and Lauren fell in love and later married. Michael thought he had lost her after the yacht they were on blew up during their honeymoon! It wasn't until Lauren made her way back to him that Michael found out just what lengths Lauren's nemesis, Shelia Carter, would go to in order to get revenge on Lauren!

His next big case came when Michael's evil stepfather, Tom Fisher, was shot dead by John Abbott. Although Michael had submitted himself to Tom's blackmail as a way to cover up Gloria's past, Michael could do nothing to help the man, John Abbott, who finally took Tom down! Michael lost John's case and John was sentenced to seven years in prison. In the end, John died and Michael was left to be Gloria's rock during her grief.

Some happiness finally came Michael's way when he and Lauren found out that she was pregnant and went on to have a healthy little boy. After the birth of Fen, Michael lived with worry for Lauren as she exhibited anxiety and fear for the safety of their son. In 2006, Michael also took on the very public case surrounding the murder of Carmen Mesta, and defended client Devon Hamilton.

While suspicious as to why Paul William's suddenly removed himself from Devon's case, Michael followed Paul to a warehouse and stumbled across the horrid truth that Paul had captured and been holding Shelia Carter in a cell! Despite the fact that Shelia had plastic surgery to look like Michael's best friend Phyllis, Michael knew better than anyone the lengths this woman would go to, in order to get to his wife and child! After Shelia managed to escape, with Michael's son, Phyllis and baby Summer as hostages, Michael became frantic for his son's safe return.

Once Sheila was killed, Lauren, Fenmore and Michael got back to a more normal life. Although always embroiled in his mother Gloria's schemes, Michael never knew his father. This year, he found Lowell/River Baldwin, when turned out to be the Guru that performed brother Kevin and Jana's wedding! Michael is now sporting a new half-sister named Eden, courtesy of his newly found dad, and is also defending Lowell on murder charges which stem from an incident with a bomb. This was the reason Lowell took off and left Gloria and their son!

After River skipped town, Michael and Lauren took in Eden until she left for Paris. Michael most recently saw his wife through another stint in captivity at the hands of Sheila's sister, Sara, who impersonated Lauren, and her kids, Ryder and Daisy.

Michael continued to represent Victor Newman legally. When Michael came to Lauren's aid instead of following through with work for Victor, he cost Victor millions of dollars and in turn lost his job.

Michael was offered the position of Genoa City District Attorney. At a party celebrating his new job, Lauren surprised him with the return of their teenage son Fen. But as DA, Michael experienced many conflicts of interest, so FBI agent Ronan Malloy was brought in to help. Michael told Lauren how much he regretted taking the job.

When Ronan went back to Washington DC, he asked Michael to look after a boy named Jamie who was being cyber-bullied. Michael's son Fen was actually doing the bullying. When Jamie was found fallen from a roof, Michael thought Fen had done it. When Jamie admitted it was a suicide attempt, Fen refused to forgive Michael. Lauren was also upset. She moved out and started an affair with Carmine Basco, a bartender at the Athletic Club.

Michael asked Christine to become DA, and he stepped down. He tried unsuccessfully to woo Lauren back home. Michael eventually became suspicious and confronted Lauren when he learned the truth about her affair. She asked his forgiveness but Michael couldn't get the image of her with another man out of his head.

Michael and Lauren went to therapy and worked hard on being happy again. Carmine taunted them with a sex tape he had made with Lauren. Then, Carmine held Lauren captive until Michael saved her. Carmine's torment culminated when he aired Lauren's sex tape at an awards ceremony. After, Michael later found Lauren standing over Carmine's dead body. They both thought Fen did it, so Michael took the blame and was sentenced to 10 years in prison for Carmine's murder.

Fen made sure he was caught for drugs and joined Michael in jail. Michael tried to intervene with the warden for Fen, and was thrown in solitary confinement. Michael's conviction was overturned and he was released. Fen joined him the following week but was soon arrested himself for Carmine's murder. While investigating, Michael realized Carmine was still alive and cleared Fen's name.

Later, Lauren surprised Michael when she thought she might be pregnant. The test was positive and they both worried about having another child so late in life. A trip to the hospital revealed the pregnancy was a false positive. ​