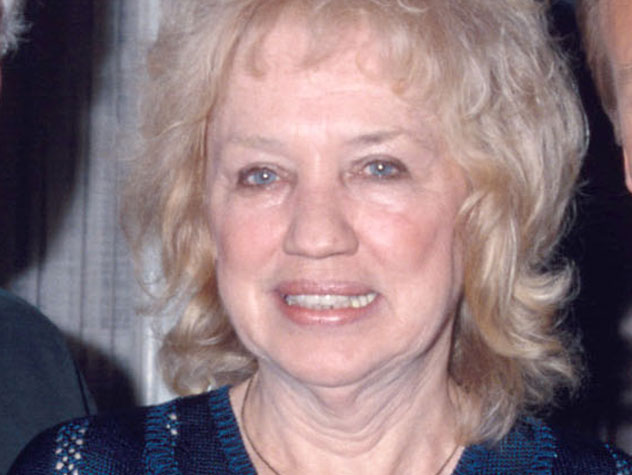 * Resides at 1420 Maple Street.
* Is famous for her spare ribs and sauerkraut.
* Found that her husband had suffered from amnesia after having been missing for eight years.
* Was arrested for breaking and entering Michael Baldwin's office with Lynne Bassett.
* Known for voicing her opinion no matter what!

Who's played Mary Williams over the years?

Appearing in Genoa City in 1980, Mary Williams was the glue that held the Williams family together. Married to Detective Carl Williams, she's the mother of Paul, Todd, Patti and Steve. Although she frequently seemed overbearing to her family, Mary only wanted what was best for those she loved! In her spare time, she enjoyed helping out and arranging events for her church. Raising her kids wasn't easy. While Steve and Todd went on to make Mary and Carl proud, their daughter Patti and son Paul were a handful for them both!

After falling in love with Jack Abbott in her teens, Jack treated Patti poorly and put a huge rift between Patti and Mary. Patti went on to marry Jack and became pregnant. However, his cheating ways caused Patti to lose her baby and pushed her to shoot Jack! Although Patti was later cleared of the crime, she moved to Washington DC and left Mary and their tarnished relationship behind for good.

Growing up, Paul was rebellious and jumped from woman to woman. To Mary's disappointment, Paul got April Stevens pregnant out of wedlock and ended up giving up all parental rights when parenthood was too much for Paul to face. After Paul joined the New World Commune with Nikki Newman, Mary had been at her wits end! It was then that Mary's husband Carl got Paul involved in law enforcement, which ultimately made a difference in his life!

Although Mary made many attempts to set her son up with a decent girl, throughout the years, Paul had a mind of his own and left Mary with many disapprovals of her son's choices. Whether it was Lauren Fenmore, April Stevens or Christine Blair, Mary never let a moment go by without voicing her opinion and butting into Paul's relationships!

Mary's biggest heartache would come after Carl seemed to fall off the face of the earth after leaving for work one day. For eight long years, Mary had grieved for her missing husband. Mary finally accepted Carl as never returning and allowed herself to fall in love again with Charlie Ottwell. Just when Charlie asked for her hand in marriage, Christine Blair ran into a man named Jim Bradley with the face of Carl Williams! After convincing him to return to Genoa City, Mary would learn that Carl had been beaten to near death and was a victim of amnesia. Although he tried, Jim never remembered being Carl Williams or the family that he left behind, forcing Mary to once again morn his loss. Jim left Genoa City to resume the life he had made with another woman and Charlie and Mary ended their relationship.

Although Mary has yet to find love again, she keeps busy involving herself in Paul's life and continues to bribe him with his favorite meal�spare ribs and sauerkraut!

Robert De Niro Introduces Premiere of ‘Sopranos’ Movie ‘The Many Saints of Newark’: ‘I Have a Certain Fondness for Prequels to Gangster Stories’.’