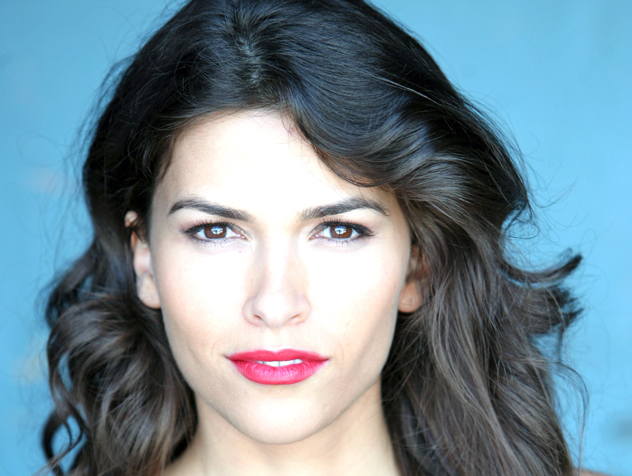 * Was once involved with the drug lord Marco Annicelli.
* Helped Jack Abbott escape his captors and return him to his life in Genoa City.
* Was married to Luca Santori.
* Gave daughter Ava up for adoption.
* Turned down $500,000 from Victor Newman in exchange for leaving town.
* Tried to cover up Noah Newman's accidental hit-and-run of Billy Abbott.
* Said yes when Noah proposed.

Who's played Marisa Sierras over the years?

Marisa Sierras first arrived June 1, 2015, stowed away on the same cargo ship as Jack Abbott. Jack had been mistaken for the drug lord Marco Annicelli, the former lover of Marisa. She initially thought Jack was Marco but he was able to convince her of the truth and together they worked to get off the ship where they were both being held hostage. Marisa and Jack ended up on an island where Marco sent a goon to kill them, but they escaped and headed back to Genoa City.

Once in town Marisa and Jack learned Jabot had been merged to become Newman-Abbott and that Marco and Victor were working together. Jack was shot by Victor trying to confront them and ended up in a coma. Marco tried to force Marisa to go to the Caribbean with him, and convinced her it was for the best. On the way there Marisa realized she had been duped and Marco was going to kill her. She veered their car off the road and Marco was assumed drowned. After the accident Marisa ended up at The Underground and was taken care of by Noah Newman.

Noah hired Marisa and told her about his fianceé’s death at the hands of Marco who she pretended not to know. After getting caught talking to Jack she admitted Marco was her ex and that she thought he had drowned, but Kevin Fisher and Mariah Copeland could not find the body.

Noah fell for Marisa and they made love, but her past with Marco was an issue. Jack asked for her help in luring Marco back to town and she did, but their plan backfired when Victor arrived and had Marco sent back to a prison in Peru – minus one ear so he could never be mistaken for Jack again. Victor tried to send Marisa back too, even offering her $500,000, but Marisa was in love with Noah at this point and didn’t want to leave. After Jack’s intervention Victor swore her to secrecy and she was allowed to stay.

Marisa was shocked when Luca Santori arrived at The Underground looking for his wife – her. Marisa shared with Noah that they had married young but he became controlling so she left. Victor was worried he was part of the notorious Santori family from Spain and told Marisa to get rid of him, any way possible. Noah was sick of all the lies and dumped Marisa but they reunited after she was mugged and hospitalized. She told Noah everything about her past, and his grandfather’s plot concerning Marco and Jack. She also told Noah she had given up her baby with Luca for adoption and he offered to help Marisa find her.

Luca told Marisa he found their daughter Ava, but demanded Marisa live with him for one month before he shared the info. She left Noah but they still wanted each other and had sex on Halloween before a fire broke out at Newman Towers and they had to be evacuated. Marisa later overheard Luca talking about Ava’s whereabouts and went to Spain to find her. Luca followed and they decided to let the girl stay with her loving adopted family.

Back in Genoa City Luca began working with Newman Enterprises and made Marisa his assistant. Soon, they made love. Meanwhile, Adam wanted to work with Luca to take down their powerful fathers and despite Marisa’s misgivings, he agreed. Marisa told them Marco was the only Santori backer and they needed him to make their plan work.

On New Year’s Eve Marisa chased after Noah when she witnessed him unknowingly back over Billy Abbott in a parking garage. She got Billy help but pretended she had not seen anything. She then convinced Noah not to go to the police and had his tires secretly changed. Luca threatened to expose Noah’s hit and run as a way to stay at Newman, so Marisa and Noah fled the country.

When they returned Noah went to trial for the accident and was given probation. After the verdict Noah proposed to Marisa and she accepted. She just needed to divorce Luca first.

Ava with Luca Santori, given up for adoption