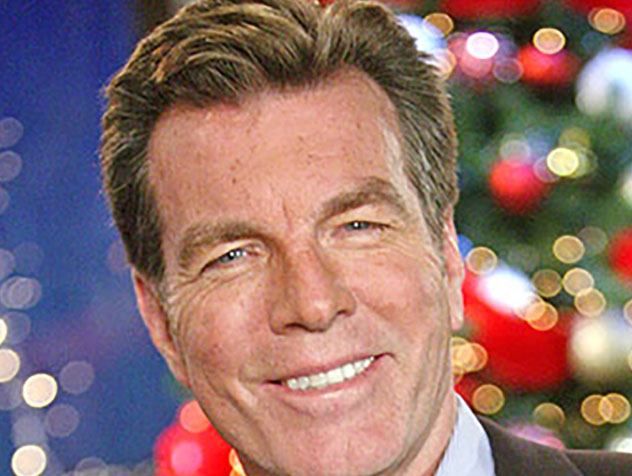 * Brought to Genoa City from a Peruvian prison by Victor Newman to impersonate Jack Abbott.
* Was involved with a woman Marisa Sierras before they came to Genoa City.
* Had sex with Kelly Andrews in a coat closet Valentine’s Day 2015.
* Injured in the collapse of The Underground.
* Joined Jabot with Newman Enterprises.
* Spoke Spanish in his sleep.
* Paid $10 million for Jack when he was put on auction but told he was killed before he was handed over.
* Tricked Victor into shooting Jack.
* Was thought drowned trying to leave Genoa City.
* Worked with Detective Harding to keep his secret.
* Had one of his ears cut off by Victor’s men.
* Was sent back to a Peruvian prison where it was rumored he was killed by another inmate.

Who's played Marco Annicelli/Jack Abbott Imposter ‘Yack’ over the years?

Before the fake Jack 'Yack' Abbott first appeared in Genoa City he was a presence off camera as someone who was meeting with Victor Newman regularly in a church confessional. He first appeared onscreen on Valentine's Day 2015 when he had sex with Kelly Andrews in the supply closet of The Underground before it collapsed, while she thought she was having sex with Jack. He was injured in the collapse and in the hospital held a conversation with Jack's sister Ashley that made her very suspicious.

It was then that Yack's real identity was revealed to be Marco Annicelli, a crime lord from Peru who had been involved with Marisa Sierras, a woman who he had helped clean up from a drug addiction. Victor had heard of Marco’s resemblance to Jack and got him released from the prison as part of a plan to pass him off as his nemesis in a power play for his business. After months of training Marco was swapped out with the real Jack in St. Barts after he and Phyllis were married. Meanwhile, Kelly held the real Jack captive on an island while Marco returned to Genoa City with Phyllis and took over Jack's life, offering Victor a partnership in Jabot as per their plan.

Jack’s family could immediately tell he was acting strange and tried to get him to step down as CEO at Jabot. Instead, Marco fired Billy and told the Abbotts he and Victor were merging their companies into Newman-Abbott Enterprises. Meanwhile, Marco relished his new life as Jack and all the perks, like shopping sprees and sex with Phyllis. When Jack managed to get a call in to his son Kyle, Marco answered the phone and the two crashed a new Ferrari Marco had just bought with Jack’s money. After the accident Marco began yelling out in Spanish in his sleep, which made Phyllis very suspicious.

Marco soon realized that Gabriel Bingham was really Adam Newman, and that Jack had known about it. Marco told Victor that Gabriel was Jack’s son instead. Victor soon realized that Marco could not be controlled. When Marco learned Jack was being auctioned off as him to the highest bidder he bought Jack himself for $10 million. Before he got Jack Marco received word the boat he had been on exploded with no survivors – including his old lover Marisa. Marco determined it was time to make a power play and rallied the Abbotts to take over Newman-Abbott from Victor. Ashley refused to be involved in embezzlement but Billy finally convinced her to go along with the family.

Gabriel began to get suspicious of Marco and tricked him with some questions Jack would surely know the answer to. Marco failed and admitted he had taken over for Jack the night he had sex with Kelly in the cloakroom. Marco told Gabriel that Jack was dead and threatened to expose Gabriel if he didn’t keep quiet. Gabriel agreed to help Marco with the Newman takeover. They tricked Victor into shooting Marco, then Gabriel promised to help cover it up in exchange for the company. But they were both tricked when Marco came out of hiding and Victor and Adam realized the real Jack had been shot.

Marco escaped to Marisa and booked a jet to get them out of town. On the way she realized he planned on killing her and veered their car into a lake. Marisa survived and thought Marco had drowned. Marco had returned to Phyllis who knew the truth at this point and knocked him out, but he escaped to the Abbott cabin with his surprise partner Detective Harding. Marco had hired Harding to delete footage Austin Travers had recorded of both Jack and Marco in the same place at the same time. When Austin caught Harding, Harding killed him. Harding then killed Courtney Sloan when she found the footage and he had also killed Tobias Gray.

Jack, Phyllis and Marisa confronted Marco but Victor talked them out of going to the police because of how much all of them had to lose. Instead he had his men cut off one of Marco’s ears and shipped back to prison in Peru.

Marisa’s ex-husband Luca Santori arrived in Genoa City at the beginning of 2016 and told her Marco was still in prison, but not long after that Victor informed Luca that Marco had been killed in jail by another prisoner.