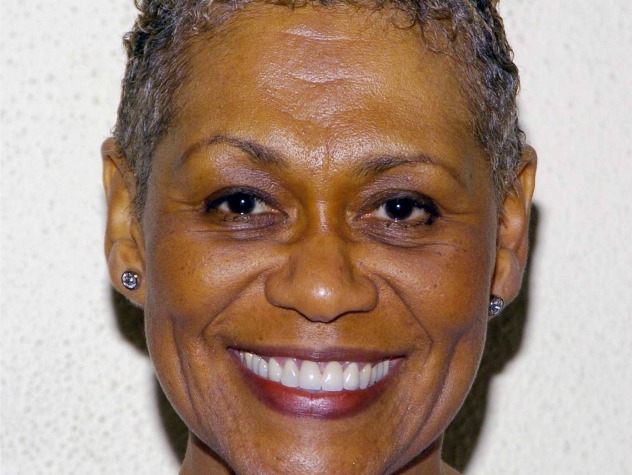 * Single.
* Raised Jack, Ashley and Traci Abbott.
* Stood by John Abbott's side through thick and thin.
* Was paid a million dollars to leave town by Jill Abbott.

Who's played Mamie Johnson over the years?

In 1980, Mamie Johnson started out as the family housekeeper to the Abbott's. However, her role in their family evolved into much more after John was left to raise his three young children alone. Mamie played a notable role in their lives and the Abbott children always looked to her as a mother.

John Abbott always held a special place in her heart, and Mamie stood by him for years during many trials and tribulations in his life, especially after he suffered from a heart attack. Soon after, John's health would falter again after finding his wife Jill in bed with another man, but Mamie was gladly there to help John recuperate from a stroke that nearly took his life!

Very rarely did Mamie ask John for any favors. However, after her long lost niece Drucilla showed up at the Abbott doorstep, Mamie enlisted in John's help and took Dru in. Through Mamie's nurturing and the help of many of Mamie's friends, Dru was set on the right path in life and became very successful.

Although Mamie stood by John's side throughout the years through divorces and more health scares, it wasn't until John remarried Jill that Mamie found herself fighting for John and his love during another round of Jill's evil doings! After Jill became pregnant and gave birth to John's son Billy, Jill had another affair, which pushed John to file for divorce again. However, during a nasty custody battle, John's body gave out and he had a massive stroke. Again, Mamie was by his side and, this time, finally told John that she had loved him as long as she could remember. To Mamie's surprise, John felt the same! Unfortunately, feeling obligated to stay with Jill for the sake of his son, Mamie's heart was broken and she did the unthinkable�

She took a one million dollar payoff from Jill to leave town and hopped on a cruise ship to sail the world! There have been few occasions since Mamie has graced Genoa City with her presence, and apparently her travels made it impossible to make it back for her beloved John's funeral�