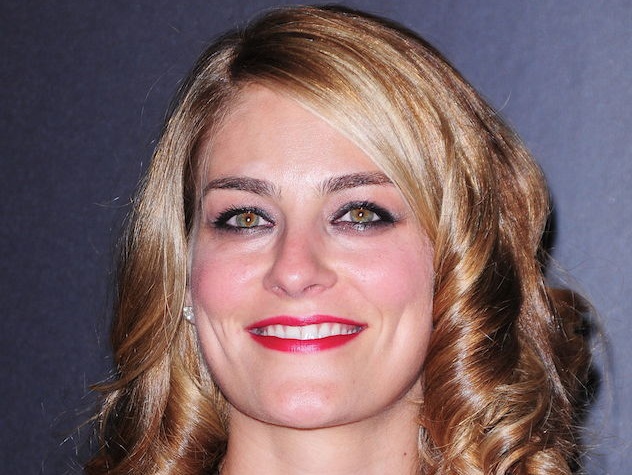 * Single
* Ran away from home.
* Arrested for underage drinking.
* Found her biological grandmother in a homeless shelter.
* Fell in love with Billy Abbott not knowing he was her cousin.
* Lived with JT Helstrom.
* Befriended Kevin Fisher when no one else would.
* Left Genoa City in search of a new life.
* Returned to Genoa City and found out she is not actually related to Billy Abbott.

Who's played Mackenzie Browning over the years?

After being sexually abused as a child by her stepfather Ralph, Mackenzie Browning left her mother Amanda and St. Louis behind. We first meet Mackenzie (Mac) in 1999 as a run away who was staying at the Genoa City homeless shelter. Little did she know that her new friend Kay (Katherine Chancellor) was her long lost grandmother and the two found each other at a time when they both felt so alone.

When Katherine returned to her estate, Mac went too, but things weren't easy. Dealing with her grandmother's roommate, Jill Abbott, was at times unbearable. When Jill's son Billy moved back to Genoa City, he didn't take kindly to his mother's meanness. Although Billy and Mac didn't get along all that much, he put a stop to Jill's nasty comments toward Mac.

Anticipating meeting her father Brock, Mac was heartbroken when word came that he had died on a mission in India. Feeling a sense of abandonment, Mac packed her bags and was headed out the door just as Brock appeared! The two immediately clicked and have been close ever since.

Mac took a liking to Raul Gutierrez and the two dated for a while. However, after Billy and Mac were crowned King and Queen at their junior prom, they realized that they could no longer fight their feelings. Later that night, Billy came to the Chancellor Estate and the two professed their love. Being that Billy was the son of Mac's grandmother's archenemy, Jill Abbott, Mac and Billy were forced to hide their relationship for fear that Jill would stir up problems and alert Mac's mother and step-father to her whereabouts.

Billy and Mac went on to take part in the Glow By Jabot Kids Summer Production, and it wasn't until their senior year that Billy wanted more from Mac than she was willing to give, ultimately leading to their breakup. However, Mac later opened up to Billy and admitted that she didn't want to have sex because her stepfather had molested her as a kid. When Mac's stepfather came to Genoa City and tried to rape Mac again, Billy hit Ralph over the head and saved Mac.

After high school, Mac went off to college and Billy set off on a mission to Louisiana to help Mac's father, Brock, build homes for the needy. After the two arrived home on Christmas break, they decided never to be apart again and moved into a loft apartment with Raul and Brittany. Mac and Billy later became engaged and made plans to spend their lives together. However, devastation came, right after their wedding, when they found out that Billy's mother Jill was the long lost daughter of Mac's grandmother Katherine Chancellor, making Mac and Billy cousins! Not able to deal with the reality of it all, the marriage was annulled, the two parted ways and left Genoa City to heal their wounds.

Mac later returned to GC to help Katherine recuperate from her drinking binge. Having grown up around her drunken stepfather, Mac couldn't handle living at the mansion and moved back to the loft with JT, Raul and Britney. Mac started dating Daniel Romalotti until she found out that he had lied about his age, then went on to date her roommate JT - who she fell in love with and lost her virginity to.

Although JT didn't approve, Mac befriended Kevin Fisher and the two bought the Crimson Lights Coffeehouse from Nick and Sharon Newman. When JT's ex-girlfriend, Colleen Carlton returned to town, JT and Mac's relationship began to dwindle. After Mac found out she was pregnant, then had a miscarriage, she confided in Kevin instead of JT. When she finally told JT, he was so angry and ended up having a one-night stand with Victoria Newman. Realizing that their relationship was too damaged to overcome the deceit and outside forces, Mac packed up and moved to New Orleans to help with the Katrina cleanup. After that she relocated to Darfur to volunteer there.

When Mac's grandmother, Katherine, was presumed dead, and then discovered to be alive after all, Mac came back to see for herself. At this point in time, DNA tests revealed that Mac and Billy Abbott aren't related by blood after all! Mac has decided to stay in Genoa City to be with Katherine, and can't seem to stop thinking about what might have been with Billy - who just married Chloe!