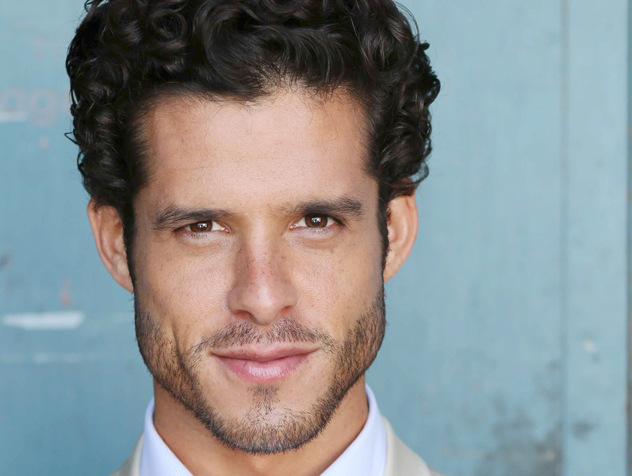 * Arrived in Genoa City on September 16, 2015, looking for his estranged wife Marisa Sierras.
* Used their daughter to get Marisa to live with him.
* Began working with Newman Enterprises based on the power of his family the Santoris.
* Agreed with Marisa to let their daughter Ava remain with adoptive parents.
* Blackmailed Adam Newman and Victor Newman to stay at Newman Enterprises.
* Plied Summer Newman with champagne to get company secrets.
* Was saved by Summer when Adam and Victor were going to have him killed.

Who's played Luca Santori over the years?

Luca Santori arrived in Genoa City on September 16, 2015, searching for his estranged wife Marisa Sierras at The Underground. He told her the drug lord Marco Annicelli had told him where to find her. He revealed to Marisa that he knew the two of them had a daughter together, that he knew where she was, and that she was in danger. Luca offered to tell Marisa everything about the girl Ava in exchange for her living with him for one month.

Luca began working with Victor Newman and attended the Halloween party at the Top of the Tower with Marisa, but later that night saw her having sex with Noah Newman. Still, when a fire broke out Luca and Noah worked together to get Marisa evacuated and were eventually both rescued.

Luca informed Victor that his family, the Santoris, wanted to help rebuild Newman Enterprises after the fire. Victor agreed. Meanwhile Luca told Marisa she blew any chance of being reunited with her daughter because of her romp with Noah. Marisa begged and pleaded and Luca relented. When they saw how happy their daughter’s life was – and not the abusive world Luca had led Marisa to believe – they decided to let her continue her life with her loving adoptive parents.

Luca and Marisa grew closer after that and he asked her to work with him at Newman where he refused to be pushed out by Victor. When Adam Newman approached Luca about a partnership that would push both their fathers out, Luca agreed. After Marisa accidentally revealed that Noah was the one who accidentally ran over Billy Abbott on New Year’s Eve, Luca agreed to keep it a secret but then used it as blackmail when Adam tried to get him out of the company, and as a way to keep Marisa.

After Noah and Marisa skipped town Luca shared some champagne with Summer Newman and got her to reveal details about Victor’s secret cyber security project PassKey. Luca again threatened to expose Noah to get more info from Adam. This infuriated Summer though Luca insisted he did like her.

When Victor caught wind of Luca and Noah’s double dealings he had Noah arrested and accused Luca of forcing his hand. He made Luca believe he was being forced out of town when his plan was to make Adam kill him. Summer helped Luca escape and hid him at her apartment.

Daughter Ava with Marisa Sierras, given up for adoption.