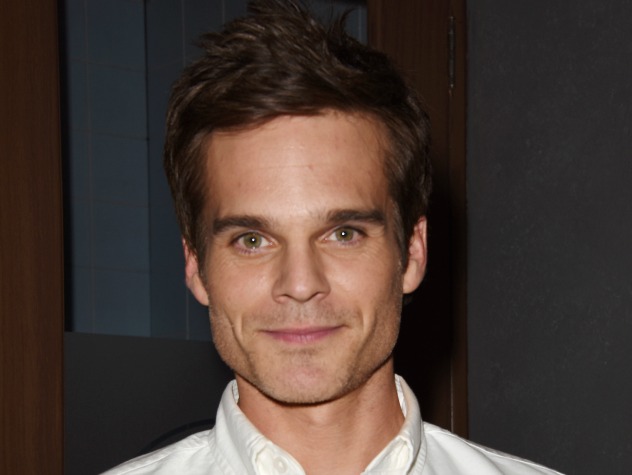 * Convinced underage girls to sleep with him, including Lily Winters.
* Broke into JT's apartment and ransacked the place.
* Locked Colleen in a cooler in Gina's restaurant, then burned the place down.
* Got away with arson and attempted murder charges.
* Was wrongfully accused in the electrocution of Brittany Hodges.
* Helped Michael get information on Jack Abbott's business dealings.
* Married to Jana.
* Resides at an upscale apartment at 250 Market Street with Jana.
* Best friend of Daniel Romalotti.
* Was kidnapped and reverted to the days of being abused by Terrible Tom.
* Spent time in a mental institution after the kidnapping.
* Discovered he has a half-brother, Ryder and half-sister, Daisy.
* Rescued Jana when she was kidnapped and held prisoner by his siblings and their aunt.
* Was ditched by Jana who took up with Ryder after her ordeal.
* Divorced Jana.
* Fell for Chloe when they became roomies.
* Was kidnapped and terrorized by Jana before she died of a tumor.
* Left Genoa City in July 2017 to be with Chloe and Bella.

Who's played Kevin Fisher over the years?

In 2003, Kevin Fisher was introduced as the timid bookkeeper for Bobby Marsino's nightclub. Kevin had an eye for naive young girls and found a victim in Lily Winters. Kevin later went on to pressure Lily into having sex and ended up giving her a sexually transmitted disease. Kevin gained a lot of enemies during this time, including JT Hellstrom, Lily's family and especially Colleen Carlton.

Colleen made Kevin so furious with all of her 'disapproving' words toward him that he locked her in a cooler at Gina's restaurant and started the place on fire! Although Kevin was never found guilty of the crime, Colleen was rescued and still blames him to this day! Kevin also ended up losing his job at Marsino's after he was accused of electrocuting Brittany Hodges during one of her performances.

Knowing he needed help getting back on his feet with the people in Genoa City, Kevin turned to his brother Michael Baldwin. Although Michael wasn't at all happy to see Kevin, he soon gave his brother the benefit of the doubt and stood by him in his time of need. After all, Michael had witnessed first hand the abuse Kevin endured as a child at the hands of his stepfather Tom Fisher.

Kevin soon found himself obsessed with Lauren Fenmore and ended up admitting to her all that he had done in GC. Fearing that Lauren would tell his secrets, Kevin took off for Detroit and stayed with his mother Gloria until the police came looking for him. When Michael found out, he made a deal with the GC police and brought Kevin home. Gloria followed. Kevin ended up spending a few days in jail and found himself almost beaten to death by some of his fellow cellmates.

After he was exonerated, Kevin and Gloria moved in with Michael and drove him nuts at every turn! Although Kevin was hurt, jealous and furious that Michael had fallen for Lauren, Kevin soon accepted their relationship and started concentrating on getting his own life back. Gloria and John Abbott got married and shortly after, so did Michael and Lauren.

With the help of Daniel Romalotti, Kevin Fisher plotted with a boy named Alex to help Kevin once again look good in the eyes of Lily Winters. When Alex drugged Lily's orange juice and tried to rape her in the Rec Center elevator, to everyone's surprise, Kevin Fisher saved her and regained some respect within the community. Although Alex tried to blackmail Kevin, with the help of his mother, Kevin was able to get rid of Alex for good!

Kevin finally got his life back after finding a true friend in Mackenzie Browning. After the two bought the Crimson Lights Coffeehouse from Nick and Sharon Newman, Kevin thought his life was finally moving toward the better. However, Kevin was face to deal with his past when his stepfather reemerged. Through a series of events, Tom Fisher tried to ruin his life again, but Kevin ended up standing strong and John Abbott later killed Tom.

Although the Abbotts still blamed Kevin and his mother Gloria for John's death, Kevin managed to stay on the straight and narrow, but has broken the law to get dirt on those who have crossed him and his family! After marrying Jana Hawkes at the Ashram run by Michael's father, River, Kevin was doing great until he was kidnapped by Clint, who was gunning for Katherine Chancellor. Clint locked Kevin up, and he reverted to the days of being kept in a closet by Terrible Tom. Clint then induced Kevin to commit crimes in a chipmunk suit! Amber finally located Kevin, but he did time in a mental institution before recovering. Since then, Kevin went back to work, became involved in the art scam with buddy, Daniel, and also learned he has a half-brother, Ryder, and a half-sister, Daisy.

Kevin staged a rescue when Daisy and Ryder kidnapped Jana and held her against her will. After the ordeal, she shut down emotionally and then took up with Ryder. Kevin divorced Jana, and eventually fell for Chloe, who had become his new roommate. Kevin and Chloe tried to start a relationship while dealing with Jana, who was determined to win Kevin back at all costs. Kevin was kidnapped by Jana and held hostage. He was shocked when she died after a tussle with Chloe. He later learned her brain tumor had returned and caused her behavior. Kevin has put his support behind Billy and Victoria in the custody battle for his niece, Lucy, and is trying to convince Chloe not to fight Billy for custody of Delia.