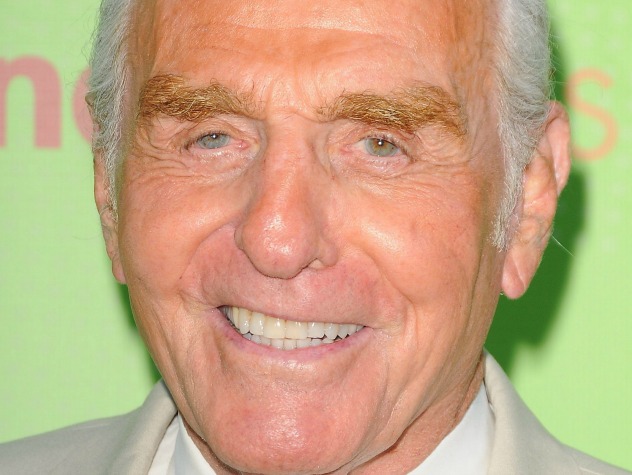 * Deceased.
* Used to skinny dip as kids with best friend Katherine Chancellor.
* Had numerous health problems throughout the years.
* Took in his granddaughter Colleen and tried to change her life around.
* Shot and killed Tom Fisher and was sentenced to seven years in jail.
* Was married to Gloria Abbott at time of death.
* Died not knowing that Ashley was not his biological daughter.
* Has appeared to son Jack as a ghost.

Who's played John Abbott over the years?

In 1980, John Abbott was forced to raise his three young children alone after his wife Dina decided that there was more to life than being a wife and mother and left Genoa City. The founder of Jabot Cosmetics, John provided well for his family and was always there to offer up his love and support.

After falling for the much younger Jill Foster, John and Jill went on to marry against his son Jack's objections. During a series of health problems, John ended up suffering from a stroke after finding out that Jill had slept with Jack! John soon filed for divorce. When Jill found out that she was pregnant, but never knew who the father was due to a miscarriage, wanting to keep the family disgrace secret, John awarded Jill a hefty divorce settlement: One-fourth of Jabot, a seat on the board, and an executive job with a salary of $150,000 a year! Through all the drama, Jill ended up being an asset to the company.

Although John's business flourished all the way to the top, Jack's hatred for Victor Newman had placed Jabot out of the hands of the Abbott's and straight into Victor's pocket a time or two! However, John and Victor maintained a mutual respect and the company's best interests were always taken into account.

Not having the best of luck with relationships, John allowed Jill back into his heart and the two remarried and had a son, Billy. Although John wasn't keen on the idea of having another child at his age, he was granted custody of Billy after catching Jill engaged in an affair with Jed Sanders! John and Billy moved to New York to live with Traci.

Years later, John and sixteen year old Billy returned to Genoa City so John could run Jabot and try to make another climb to the top of the cosmetic world. However, after Victor Newman used his money and power to buy the Newman cosmetic line to the front of the shelves, Jabot was facing bankruptcy. In an attempt to show his regrets, Victor offered Jack seventy-five million to settle out of court. Without asking John, Jack turned Victor down, and, in the end, John only received a twenty million dollar settlement for Newman's part in Jabot's demise, with the stipulation that Jack resigned forever. Although it broke John's heart that Jack could no longer work by his side, John needed to do whatever he had to to keep his legacy alive.

Against his family's approval, John went on to marry Gloria Fisher. What John didn't know was that Gloria's divorce from her second husband, Tom Fisher, had never been finalized. Although John was angry that Gloria allowed Tom to blackmail her, he eventually forgave her and married her for real. Tom Fisher continued to harass John's family and even insinuated himself into Ashley's life. Finally having had enough, after John overheard Tom demanding for Gloria to meet with him, he grabbed his gun and took off to face Tom himself!

Later that night, John got in a car accident and ended up in the hospital with no memory of his scuffle with Tom. Tom was found dead and Ashley confessed to his murder to protect her father. Soon, John regained his memory, remembered that the gun had gone off during a struggle with Tom, and came forward with his confession. Although he had only been trying to protect his family, John was sentenced to seven years in prison.

During his time in prison, John tried to remain strong. However, his health soon deteriorated and, in the end, John suffered from a major stroke, and was put on life support. The sad thing was, John had only been a few weeks away from receiving a pardon from the Governor and sent back home to be with his family. After the doctors told John's family that there was no way he'd ever come out of the coma, Jack finally convinced Gloria that John wouldn't want to be kept alive by machines. With his whole family surrounding him, John Abbott, one of Genoa City's strongest, kindest, most loving men around, died in peace. However, John's memory continues to live on through those he loved, in fact, he often appears to son, Jack, as a ghost!