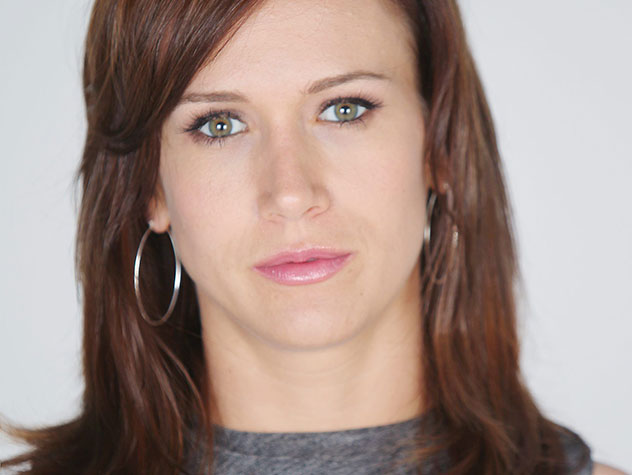 * Moved away to be raised by her mother April when she was just a baby.
* Didn't grow up knowing her father Paul Williams.
* Is engaged to Victor Newman's son, Victor Adam Newman Jr.
* Lives in the Genoa City Athletic Club.
* Is the Assistant D.A.
* Had a relationship with Adam Wilson.
* Slept with Billy Abbott.
* Slept with Chance when he was engaged to Chloe.
* Lost her job after taking campaign contributions from Victor in return for a favor.
* Slept with Ronan after she believed Chance was dead.
* Left Genoa City after half-brother, Ricky, took incriminating photos of her and Adam.
* Returned to Genoa City to become Assistant D.A. again under Michael Baldwin.

Who's played Heather Stevens over the years?

Heather was born to Paul Williams and April Stevens. After parenthood proved to be too much for a young Paul, he handed over all parental rights to April. Therefore, Heather left Genoa City with her mother as a baby and was raised without her father. She was abused by her stepfather.

Heather has come back to Genoa City and tried to confront her father regarding his absenteeism in her life, and re-establish a relationship with him.

She once unsuccessfully tried to convict Victor Newman of murder, and was engaged to his estranged son, Adam Wilson. Heather broke it off with Adam when she learned he had seduced Rafe. She has been single since then, but had a one-night stand with Billy Abbott.

Heather got involved in a drug case while she was A.D.A. During the case she fell for Chance and slept with him, even though he was engaged to Chloe. After Chance was 'killed', she lost her job when she took campaign money from Victor. Heather became fond of Ronan and found out he had a serious health condition. They end up sleeping together. She told Nina he was dying against his wishes, and shortly after, learned that Chance was alive and in witness protection.

Heather left Genoa City after a scandal involving pictures taken of her and Adam surfaced. They had been taken by her half-brother Ricky. Heather recently returned to town after Michael Baldwin became D.A. and asked her to take on the position of Assistant D.A. again. She kicked Ricky out of her apartment, and may be in danger from the sociopath.

How To DIY A Cobra Kai Halloween Costume For $30