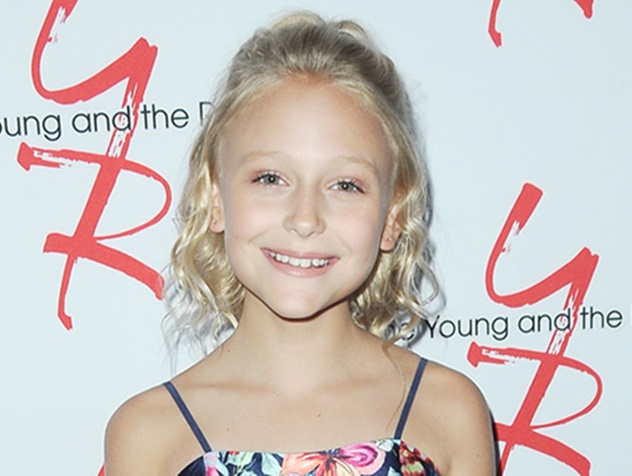 * Her birth was predicted by her late older sister, Cassie Newman.
* Was snatched at birth by Adam Newman and raised by Ashley Abbott until the truth came out.
* Lives with her father, Nick Newman, at Chelsea Newman's penthouse.

Who's played Faith Newman over the years?

Faith was born to Nicholas and Sharon Newman, although while pregnant, Sharon briefly lied to Nick that the child she was carrying was Jack Abbott's. Sharon, who had been suffering from blackouts, gave birth to her daughter in the same psych ward where Ashley Abbott was admitted. Adam Newman, having caused Ashley to miscarry, but still allowing her to believe she was pregnant, snatched the newborn and gave her to Ashley, while Nick and Sharon were told their child was stillborn. Phyllis's suspicions later resulted in Ashley agreeing to a DNA test, which revealed the truth and Faith was reunited with her parents.

Sharon later fell in love with Adam, which prompted Nick to sue for full custody, though he wasn't successful until Sharon was charged with the murder of Skye Lockhart. Things improved between Nick and Sharon and they later agreed on joint custody, but Nick once again ended up with full custody after it came out that Sharon had tampered with Summer's DNA test results.

Faith has survived a lot of ups and downs in the Newman family, and hasn't always been a fan of her parents' new loves, though came to love, and later lose, stepfather Dylan McAvoy when he was forced to leave Sharon to go into the Witness Protection Program. Faith survived the Newman Towers fire, and the revelation that her half brother Sully was actually her half brother Christian. Faith has lived with her grandparents, Nikki and Victor Newman, and recently was disturbed to learn that her father had moved them from the ranch and into the penthouse with Chelsea Newman.