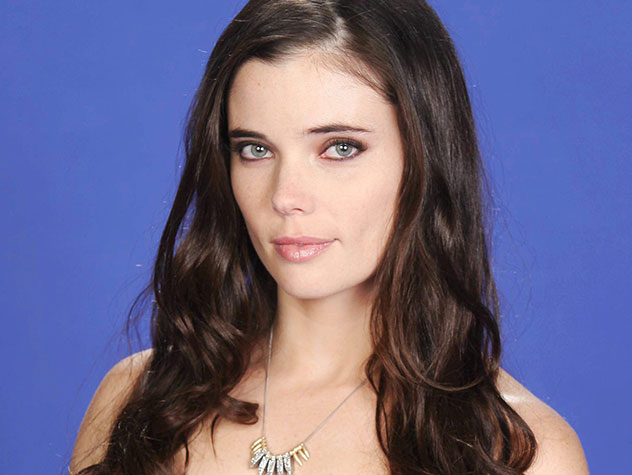 * Was raised in an Ashram by her father.
* Lived with Michael and Lauren.
* Never attended a real school.
* Got into trouble with Noah Newman in Paris on a field trip.
* Lost her virginity to Noah Newman.
* Split up with Noah when they lived in Paris.
* Encountered Abby in rehab.
* Dated Daniel Romalotti.

Who's played Eden Baldwin over the years?

Eden turned up in Genoa City with Michael Baldwin's estranged father, Lowell (River) Baldwin. She had been raised by her dad in an Ashram in southern California.

When River was arrested on an outstanding murder warrant, Michael and Lauren agreed to take her in and enroll her in school.

Eden waited to see if her father would be convicted of the charges against him, and rebelled against her new lifestyle and school!

She found a teen love in Noah Newman, and after getting into trouble in Paris, they were banned from spending time together. But that didn't stop the pair, who dated on the sly and lost their virginity to one another!

Eden got into trouble when Sharon shoplifted books and blacked it out, causing Eden to take the rap. Eventually Sharon realized what she had done, and Eden's name was cleared. Since then, Eden and Noah have dated openly with the acceptance of their families.

Eden decided to move to Paris with her aunt and Noah followed. While in Paris they split up and Noah came back alone. Michael didn't know where Eden was for awhile, but Abby met up with Eden in rehab. Abby persuaded Eden to return to Genoa City.

Eden is working at Crimson Lights and began dating Daniel. She saw him kiss Chloe and became jealous. After, she hooked-up with Kyle and began having problems with her creepy roommate, Ricky. She told Ricky to move out, but remained afraid of him. When she suspected he may have killed Daisy, she went to his suite at the Club and pretended to reconnect with him to search his room. After she found Daisy's wallet and phone, Ricky knocked her unconscious and held a huge knife over her. Paul shot Ricky and probably saved Eden. In the hospital, Eden recalled nothing of the incidents in Ricky's suite and underwent hypnosis to try and remember in order to help get Paul out of jail. Kyle is being supportive.