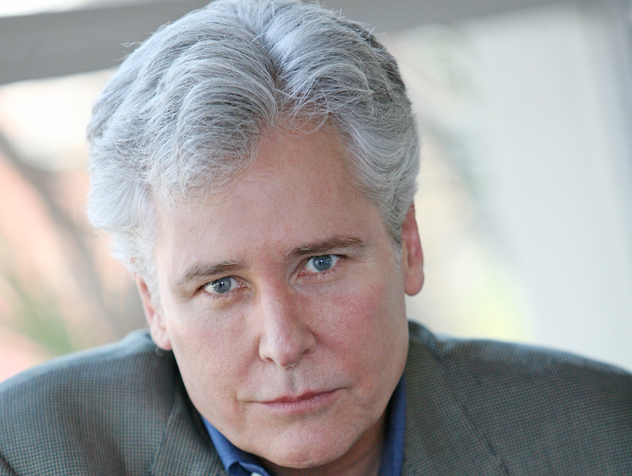 Dr. Simon Neville (as played by Michael E. Knight on The Young and the Restless)

* Was a medical specialist at Genoa City Memorial Hospital before having his license revoked for unorthodox treatments.
* Was approached by Gwen Randall and Neil Winters to get Hilary Hamilton out of a coma. He did.
* Drugged Dylan McAvoy to escape a confrontation.
* Helped Billy Abbot wake from a coma.
* Secretly worked to find a solution to Ashley Abbott's health condition.

Who's played Dr. Simon Neville over the years?

Dr. Simon Neville was talked about in Genoa City before he was seen, his reputation as an unorthodox doctor discussed by Gwen Randall and her sister Emma Randall. Simon had been fired from the hospital and his medical license revoked. Gwen took this information to Neil Winters, who was keeping his ex-wife Hilary Hamilton in his boathouse while she lay in a coma. On October 15, 2015 Gwen contacted Simon for help and he agreed to help use an experimental drug to get Hilary out of her coma.

Simon took over Hilary’s care full time but when he fell asleep one night Hilary woke up and escaped. Simon was able to find her, drug her and bring her back to the boathouse. After discussing their limited options with Gwen and Neil they dropped Hilary off at the hospital where Emma found her in a room. Later, Simon dressed up like a flower delivery man to sneak a peek at Hilary’s charts. He gave Gwen medicine and instructed her to make sure Hilary received it.

After Dylan McAvoy figured out who Simon was and how he was involved with Hilary he went over to his hotel room to confront him. But when he was distracted by a call letting him know his wife Sharon was in labor Simon injected him with a drug that knocked him out and he escaped.

Word of Simon’s skills spread and Jill Abbott begged Simon to help her son Billy Abbott after he was severely beaten and then accidentally run over by a car. He did, and Billy woke up.

Simon guessed that Ashley Abbot, whom he was beginning to develop feelings for, was struggling with some kind of health issue and after much resistance she became one of his experimental patients and swore him to secrecy. He struggled to find the right treatment for Ashley but vowed to find the solution and save her life.