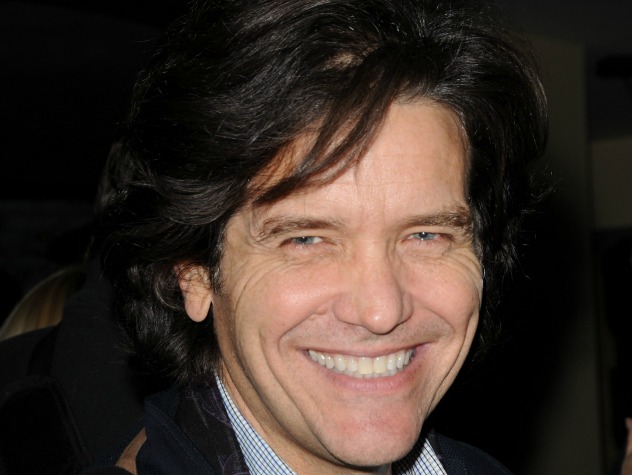 * Resides on tour.
* Came to Genoa City when he was 16 years old.
* Love of his life is Christine Blair.
* Is divorced from Phyllis twice.
* Fought for custody of Daniel even though he wasn't his biological son.
* Left Daniel in a boarding school.
* Had kidney damage in a mugging and received a kidney donation from Michael Baldwin.
* Took Daniel on tour with him after they made up.

Who's played Danny Romalotti over the years?

Danny Romalotti showed up in Genoa City at age 16, after running away from his family who were con-artists. This included his parents and his sister, Gina. He found a job waiting table at Jonas's Restaurant and befriended Paul Williams. Soon, Gina came to town wanting to reconcile and go straight and Danny got her a job at the restaurant, which she eventually took over!

Danny began giving concerts in Genoa City, often accompanied by his sister, or by his friends, Traci Abbott, Lauren Fenmore, and Amy Lewis. He and Lauren even toured together at one point!

When Traci, who was also the President of his Fan Club, became pregnant by her professor, Danny married her. This devastated his girlfriend, Paul's sister Patty Williams, and she left town. Danny's marriage to Traci was annulled when she miscarried.

Soon, Danny's father turned up in town, brought there by a devious Jill Abbott to con Katherine Chancellor. Rex Sterling, as Danny's father was known then, fell in love with Mrs. Chancellor, however, and reconciled with his kids. He was lost to them forever, though, when he was killed by a bullet from a thief's gun.

Danny, meanwhile, had fallen in love with Cricket Blair. Together they helped her friend Nina through her ill-fated relationship with David Kimble. Christine became a lawyer and they got married. Soon, the couple were dealing with her obsessive boss, Michael Baldwin, who set it up to look like Danny was cheating on his wife.

Danny and Christine survived Michael's machinations and Danny left to perform in "Joseph and the Technicolor Dreamcoat". While away, Christine became close to Paul Williams, and Danny was drugged by a fan named Phyllis, who later claimed he was the father of her unborn child. Danny and Christine divorced and he married Phyllis in order to do right by their child. Soon, Danny became aware of how manipulative his wife was, and they got a divorce.

It wasn't long before the baby became sick. Phyllis's grave concern for their son caused Danny to see her in a new light and they remarried. Paul and Christine, however, urged him to seek a paternity test, and he discovered that Daniel was not truly his son. Since his name was on the birth certificate, Danny chose to fight for custody anyway - and he won. He made another play for Christine, but she chose Paul. During this time, Danny was attacked by a mugger and received major kidney damage. Michael Baldwin redeemed himself by donating a kidney. Danny then left for another tour, taking the young Daniel with him, and convincing Phyllis that the boy was better off not having contact with her.

In 2003, Danny returned to town to provide support to Gina who had just lost her restaurant to arson. It was revealed that Daniel was in a boarding school and that he had been there for quite awhile. Within months, Daniel came to see his father on Spring Break, and reconnected with mother Phyllis. He became very angry with Danny and demanded the truth. Feeling like a neglectful father, Danny left Daniel to get to know his mother, and went back on tour.

In March of 2008, Danny returned to perform at the launch party for Restless Style as a favor to Phyllis and also so he could extend an olive branch to Daniel. Things smoothed over between father and son. In May, Danny returned again, this time to offer talented Daniel an opportunity to work as a photographer on his tour. Daniel accepted the position and they left town together. Daniel returned after a while, but Danny stayed on the road.

Danny returned to Genoa City after Daniel married Daisy to give his son advice. He agreed with Phyllis that Daisy was bad news. While in town, Danny crossed paths with old flame, Christine, and they had a passionate time together. He asked her to come with him on the road, but she declined, not able to give up her high-powered career for love.