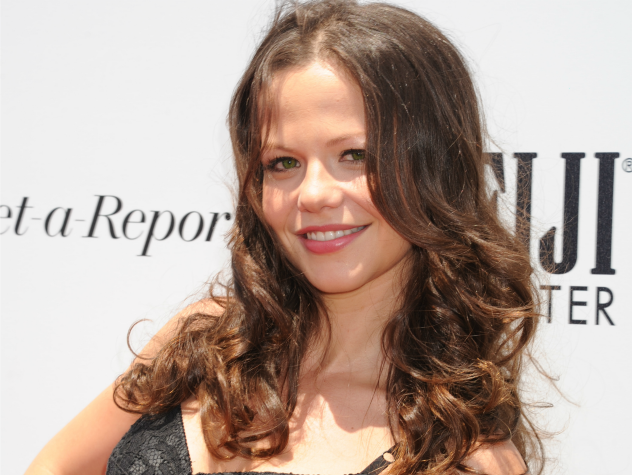 * At one time lived with boyfriend JT Helstrom.
* Expelled from school in New York City for smoking marijuana.
* Was sent to Genoa City after getting messed up with a bad crowd.
* Attended first year of college at NYU.
* Was locked in a cooler at Gina's as Kevin intentionally started the place on fire and left her to die.
* Was rescued by JT.
* Found out that her father Brad had a whole other life that she didn't know about!
* Slept with her college professor, Adrian Korbel.
* Moved in with Adrian
* Ended relationship with Adrian after he wrote book about her father
* Currently dating Daniel Romalotti, her best friend Lily's ex-husband.
* Recently accepted a position as the new Fresh Face of Jabot.
* Drown in the lake after being kidnapped by Patty Williams.

Who's played Colleen Carlton over the years?

Colleen Carlton's parents divorced when she was young, and she was raised in New York City by her mother Traci and stepfather Steve. Although her father Brad visited when he could, he and Colleen didn't become close until her teenage years. Colleen possessed the making of a talented dancer, but went through a rebellious stage of skipping school and experimenting with marijuana. Her mother soon threatened to send Colleen to boarding school, but her grandfather suggested that she move to Genoa City to live with him.

While under the strict Abbott household, Colleen managed to score some pot and continued to get stoned. However, after having a close call while babysitting her sister Abby, stoned, Colleen gave up the drugs for good. Colleen began to concentrate on school and spent the summer with the Glow by Jabot kids where she met and fell for JT Hellstom. Being that JT was known as a party guy with a fast reputation, Colleen's family forbad her to see him. Against her parent's wishes, Colleen and JT continued seeing each other and fell in love. When Colleen's mother found out, she threatened to take her back to New York and have JT arrested! Brad stood up to the plate and asserted his parental rights and promised Traci that he'd watch over Colleen if she let her stay.

Colleen moved in with her father and eventually Brad was convinced that JT had changed and that he really loved his daughter. However, just when Colleen and JT were granted the freedom to be together, JT found himself seduced by Brittany Hodges' mother, Anita, and cheated on Colleen! When she found out, Colleen's heart was broken but she eventually forgave JT.

Colleen found herself in hot water when she started badmouthing her best friend Lily's boyfriend Kevin Fisher. After Lily broke up with Kevin, he blamed Colleen. Kevin went on to lure Colleen into Gina's restaurant, locked her in a cooler, then torched the place! Fortunately, JT found her and saved Colleen in the knick of time. Although Kevin was never charged, Colleen still believes in his guilt to this day!

After a record promoter heard JT singing to Colleen at Crimson Lights, he was offered a record contract and took off to LA. Colleen wanted to support him and surprised him with a visit to his first press conference. Colleen was heartbroken after she heard JT tell reporters that he was single, and didn't buy it when he told her that he was instructed to say that. Colleen left LA and returned to GC. Shortly after, she ended things with JT and moved back to NY. Although JT gave up his music career for her, Colleen went on a book tour with her mom in Europe and later enrolled in NYU.

In 2006, with her family in turmoil over the murder of Tom Fisher, Colleen moved back to Genoa City and was devastated after the death of her grandfather. Although JT was involved with Mackenzie Browning, Colleen won her him back and shortly after moved into the loft with JT.

Colleen and JT's relationship has since been a bumpy ride. Working as a PI for Paul Williams, JT uncovered the fact that Colleen's father Brad was in reality George Kaplan! Colleen soon learned that Brad's mother Rebecca spent time in a concentration camp and as a young boy, he and Rebecca came home to find their family murdered! After Rebecca moved to Genoa City, she told Colleen of all the pieces of stolen art that she had dealt with while in the camps. Colleen shared in her grandmother's interest and went on to take an art class at GCU headed up by Professor Adrian Korbel.

As time went by, Colleen found it unbearable to deal with the secrecy of JT's job. After becoming Adrian's research assistant, Colleen began having feelings and spending more and more time with the professor. Then one night, while stranded at the college during the December 2006 ice storm, Colleen gave into her feelings and she and Adrian made love!

Colleen and Adrian moved in together eventually, and shared a good relationship until he wrote a book about her father's past. When Adrian went to publish the book, Colleen protested, and their relationship was destroyed. Colleen accepted a short-term position in Hong Kong, and came back to discover that Adrian had shared a one-night stand with Amber.