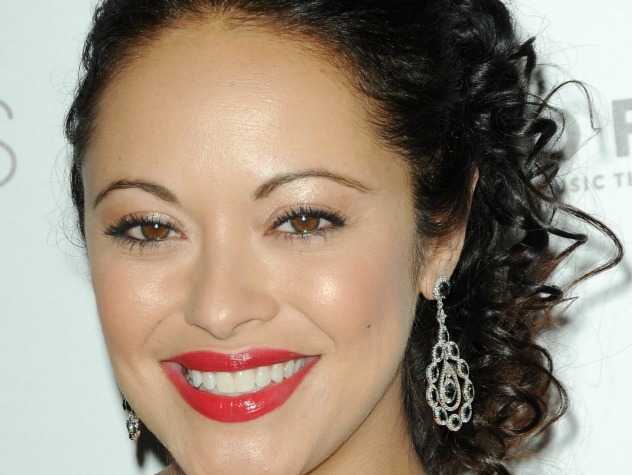 * Deceased.
* Broke up the marriage of David Chow after an ongoing affair.
* Had an affair with Jack Abbott.
* Helped pull Jabot out of the contaminated cream crises.
* Was interested in Neil Winters, a married man.
* Had Dru Winters arrested for harassment.
* Found murdered behind Club Indigo.
* Her look-alike cousin showed up months later and stalked Dru.

Who's played Carmen Mesta/Ines Vargas over the years?

Flown into Genoa City in September of 2006, Carmen Mesta used her outstanding PR skills to help bring Jabot out of the public eye after its mess with the contaminated cream. During her time at Jabot, she had a brief affair with Jack Abbott, then later went on to take a job at Newman Enterprises.

Carmen quickly found that she enjoyed the company of Neil Winters and found herself drawn to him during a time when he and wife Drucilla were on the outs. Carmen's candor attitude had been a great relief to Neil leading him to start having feelings for her. After encouraging Neil to follow his dreams and open a jazz club, Carmen and Neil went back to her apartment and found themselves in a passionate kiss. Little did they know that Drucilla had seen the whole thing!

Carmen would soon become the sight of Dru's anger. After a series of events, starting with Dru breaking into her apartment and cutting up all of her clothes, Carmen rushed to the police station to press charges. She was again tackled by Dru's fury after Dru attacked her at Newman! In fear for her life, Carmen had a restraining order placed on Dru, which in turn placed a threat on the entire Winters family. After Carmen refused to drop the charges, Neil went to his wife's side and found his feelings toward Carmen to be contempt.

After having the advantage of overhearing a few of Genoa City's deepest secrets, Carmen found herself being bribed to leave town by Jack Abbott and Mr. Kim, stalked by Devon Hamilton with pleas to let his mother off the hook, and assessed by Brad Carlton as to how much of his past Carmen really knew�

On October 30, 2006, Carmen was found murdered behind Neil's Club Indigo, leaving the District Attorney and everyone in Genoa City with a case of whodunit! The list of suspects continues to run deep with Carmen's presence haunting many from the grave! However, seeing as her private life was a mystery to most, could it be that a lover from her past, David Chow, is the only one who can shed a little light on this case and set the murder of Carmen Mesta to rest? Or will it turn out that one of GC's own is still walking around a killer�

In March of 2007, Carmen's look-alike cousin, Ines, showed up in town with Carmen's face and a desire to stalk Dru Winters!