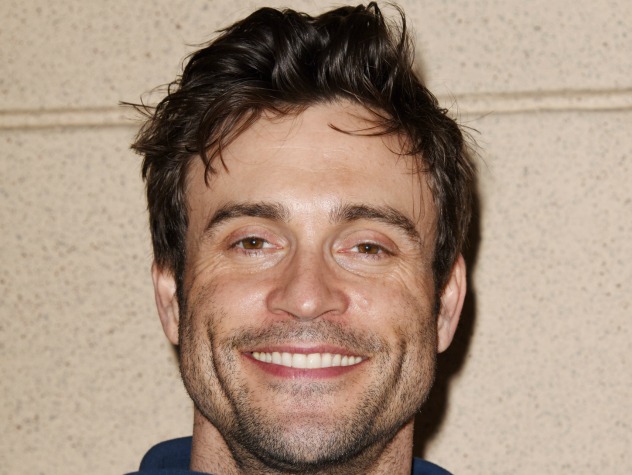 * Met Amber Moore online.
* Was duped into marrying Amber and wound up divorced from her.
* Found his real mother, Jill Foster Abbott and grandmother, Katherine Chancellor.
* Was raised by a woman named Violet, and grew up in Australia with his uncle.
* Fell in love with Lily Winters.
* Got drunk and ended up in a car with Chloe Mitchell, who told him they had sex and that she was carrying his child.
* Married Chloe for the sake of the child.
* Divorced Chloe when Billy was revealed as the father.
* Had his true identity exposed.
* Married Lily Winters.
* Helped Lily battle cancer.
* Has twins with Lily.
* Looked for Chelsea Lawson in Myanmar in order to help Billy.
* Stood up for Neil and Sofia when they got married.
* Remarried Lily.
* Was shot at the first Delia’s Foundation benefit.
* Kept Hilary and Devon’s affair a secret from Neil and Lily.

Who's played Cane Ashby over the years?

Cane first appeared in Genoa City in January 2007 as the mystery man on the other end of Amber Moore's online instant messaging who was looking for his real mother. We know that he was raised by a woman named Violet, and that he grew up with an uncle down in Australia.

Cane married Amber and they wound up divorced when it came to light that she had scammed him. It was discovered that his real mother is Jill Abbott. Cane was given a position at Jabot Cosmetics, and fell in love with Lily Winters.

Cane and Lily became engaged, but Chloe told him he had got her pregnant on a drunken night out, and so Lily broke things off. Cane then married Chloe to cement his rights to his child. They lived together, and Cane became CEO of Jabot.

Chloe and Cane got a quick divorce when it came to light that Billy Abbott was actually the baby's father. He reunited with Lily, and they married, but they broke up again when it was revealed that he was not actually Phillip Chancellor III, and that the real Chancellor heir was still alive and had sent Cane to Genoa City in his place. Cane told the truth about who he was, and the danger he was in with cattle rustlers from Australia, and he and Lily got back together.

Cane, who had bought Jimmy's Bar, sold it to Mackenzie, and returned to life in business when Kay and Jill forgave him. He fought for Lily's life as she battled ovarian cancer. After Lily recovered, she and Cane began raising their twins, Matilda and Charlie, who were carried by Mac. Cane troubles from Australia began again, when his father's henchman, Blake, caught up with him and demanded five million dollars. Cane devised a scheme to get the money from his employer, Tucker McCall using a fake identity. Sofia helped him. Unfortunately, the scam was exposed and Sofia and Cane were fired. Colin, Cane's father, showed up in Genoa City and began wooing Jill and threatening Cane, who had put him behind bars. Colin set his sights on the twins, married Jill, and brought Cane's evil twin to town to help in his evil plot. Cane appeared to get shot and at Colin and Jill's wedding, but it was actually his twin. Cane let everyone believe he was dead and worked with his estranged mother, Genevieve, to bring down Colin and foil his attempt to kidnap the kids. Once everyone realized Cane was alive, he became persona non grata, and went back to work at Jimmy's Bar. Lily served him with divorce papers, but Jill slowly let him back into her life.

Cane gave Lily the signed divorce papers and told her he was moving back to Australia. Despite her relationship with Daniel, she wanted Cane to stay in Genoa City and told him he could have supervised visits with the twins. Meanwhile, Cane secretly worked with Ronan to get Colin thrown back in prison. They learned Colin put a hit on Genevieve and Gloria, but it was Lily who almost blew up in the planned explosion until Cane saved her just in time. Colin was deported, Lily declared Cane her hero, and the couple passionately reunited.

Billy turned to Cane to help him find a girl named Chelsea Lawson whom he had gotten in trouble with in Myanmar. Cane went to the foreign country to help Billy, despite reading an article about innocent westerners being targeted for crimes they did not commit and being thrown in prison. Ronan secured him a visa and he left, keeping his destination a secret from Lily in order to protect Billy. Lily trusted him, but was worried. Victoria and Jill followed Cane to Myanmar and had to be rescued by him when they were almost abducted. The three of them returned to Genoa City in time for Thanksgiving.

Cane made amends with Genevieve and reluctantly supported her engagement to Jack, then stood up for Neil and Sofia when they tied the knot. After spending Christmas Eve with Lily and the kids the couple reconnected and decided to get married again on Valentine’s Day 2012. Cane had disowned Genevieve at this point because she had bought Beauty of Nature from under Jack. Katherine surprised Cane and Lily by moving the wedding to a villa in Provence, France, and flew all of the guests there in her private jet. At the beautiful location, Cane told Jill she was the only mother he ever really loved, then he exchanged vows and rings with Lily. Genevieve sadly watched it all from afar.

After the wedding Cane took a new job assisting Jill at Jabot and right away flew to Japan to compete for an exclusive deal with an important department store chain who was also being courted by Victor and Genevieve. When Cane discovered Victor had set a trap with a government agent looking to bust them for bribes, he saved Genevieve from falling for it. Back in Genoa City, Christine approached Cane to help bring down his mother, threatening deportation, and he was subpoenaed as a grand jury witness. Genevieve secured a deal rather than make Cane go through a trial and warned him she thought Colin was out of prison.

At a party Lily and Cane threw at the Athletic Club to celebrate the twins’ turning 2, a mysterious gift of an antique doll and car was left behind. They were old toys belonging to Cane and his dead sister Samantha, and Cane and Genevieve thought they were from Colin. Cane hired Kevin to do some digging after more mysterious things happened and a woman claimed Genevieve had been paying her to torment Cane. She insisted she was innocent and thought Colin was behind it all but Cane didn’t listen.

After Jack took over Newman he hired Cane. Cane did not like seeing new hire Tyler Michaelson flirt with Lily and fired him the moment he could, but Lily convinced Cane to give Tyler another chance. Meanwhile, Cane began spending a lot of time with Chelsea working on her new line. After a lot of fights with each other and flirting with other people, Cane and Lily realized they needed to stop spending time with people outside their marriage and spend more time with each other.

Cane realized Katherine was having memory issues and convinced her to see a doctor. He was the only one who knew when she was diagnosed with a brain tumor and Katherine allowed him only to tell his wife. She asked Cane to run Chancellor if anything happened to her during her surgery, and afterwards appointed him CEO. He hired a new assistant, Hilary Curtis, and she immediately made herself indispensable to him. Lily realized this woman wanted Cane but he refused to believe it until Hilary tried to kiss him.

After Katherine died, she left Cane the management of Chancellor Corporation in her will, but the ownership remained a secret. By now Cane and Lily realized Hilary was really the daughter of a woman from Neil’s past who was out to bring down the family. They worked together to set Hilary up and succeeded in exposing her but Neil didn’t press charges. When Victor was revealed to be the owner of Chancellor, Cane quit and became the business manager of Devon’s new project, the Genoa City Athletic Club.

Cane was shocked when Jill announced she had remarried Colin and Cane accused his father of using Jill. Colin insisted he was a changed man, and after he saved Cane and Lily from a hostage situation at the Delia Project benefit where Cane was shot, Cane reluctantly agreed to let him back into his family’s life. After Victor turned to Cane about a project he had brought on board, Bonaventure, and a dangerous drug that was on the market. Cane did some digging and accused Colin of setting him up. Colin admitted he brought him to Bonaventure but had no idea about the drugs.

After Neil and Hilary got married Cane realized Devon was also in love with her. He confronted them both but kept their secret while simultaneously trying to discourage Neil from pushing his wife too hard for kids and a new house. Neil didn’t listen to Cane and bought a fixer-upper anyway, so when Cane and Hilary found Neil unconscious and electrocuted Cane felt guilty because he had known about the house. Cane was upset to learn Devon and Hilary were still having an affair, and Devon begged him to keep their secret, promising to end it.

A businessman named Joe Clark came to town looking for real estate and Cane wondered if he was in business with Colin after seeing them talk together. Cane realized Joe had bought up a block of buildings that included Crimson Lights with plans to demolish them all, and still Joe kept trying to court Cane much to Lily’s dismay. During this, Colin encouraged Jill and Cane to team up and takeover Newman Chancellor and they agreed.