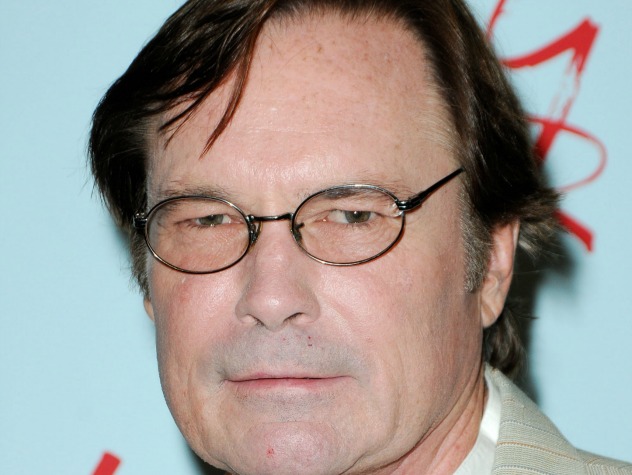 * Single.
* Currently resides in New Orleans, Louisiana.
* A Humanitarian.
* Has a degree in law.
* Was involved with Jill Foster not knowing that they were brother and sister!
* Found out he had a teenage daughter, Mac.
* Took part in an alcoholism intervention for his mother Katherine Chancellor.

Who's played Brock Reynolds over the years?

Although Brock Reynolds and his mother Katherine are very much in sync these days, that wasn't the case back in 1973 when Brock was first spoken of in Genoa City. After the death of his father, Brock took off for Europe to live a life full of sex and drugs.

Throughout the years, Brock would pop into Genoa City and on Katherine's doorstep without so much as a word. Just when Katherine would get used to having her son around again, Brock would take off and often leave her with a note addressed to 'The Duchess.'

It wasn't until a year later when Brock finally changed his ways and returned to GC a born again Christian only to find Katherine had fallen apart and became a full blown alcoholic after finding out that her paid companion Jill Foster had slept with her husband Phillip Chancellor. When Kay pushed Brock to seduce Jill, he obliged and convinced Jill to marry him. However, Jill found out that she was pregnant with Phillip's child and never consummated her marriage to Brock. Not able to help his mother, Brock again left town.

Brock's next return home came just in the knick of time when he found that his mother and Esther had been kidnapped by a Kay look-a-like and a man who once shared a cell with Katherine's current husband Rex Sterling. Brock and Rex rushed in and saved Katherine and Esther and alerted the police to the people who harmed her.

Years later, Brock received news that he was the father of Mackenzie Browning. After finding her granddaughter by chance while in a homeless shelter, Katherine tried to locate Brock while on a mission in India, but was told that he was presumed dead. Just as always, Brock appeared at Katherine's doorstep not only to find that his mother had beat the bottle but also that he had a daughter. Mac and Brock spent a few years living with Katherine until duty called and Brock took off for Louisiana.

On Brock's next trip home, he was in shock to find out that Jill Foster Abbott was Katherine's daughter, his half-sister! The two talked briefly about the past and Brock silently thanked the Lord that he and Jill never consummated their marriage!

Since traveling to New Orleans to help in the aftermath of Hurricane Katrina, Brock took time to come back home and join hands with family and friends in a successful mission of their own to free Katherine of her alcoholism once again!