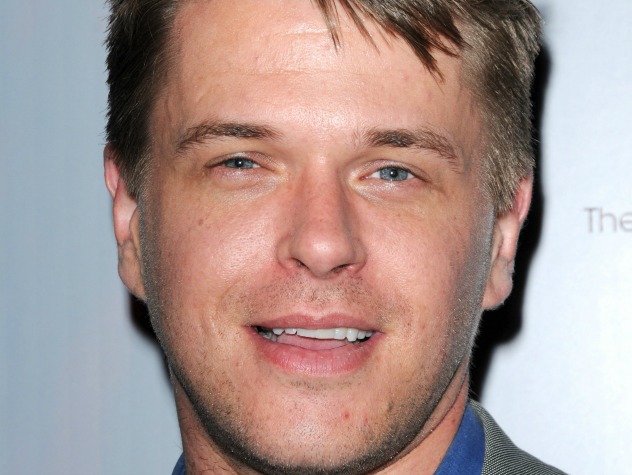 Useful information about Billy Abbott (Past)

* Was charged with underage drinking.
* Suffered from alcohol poisoning.
* Lost his virginity to Brittany Hodges.
* Fell in love and married Mac not knowing that they were cousins.
* Had a gambling problem and stole from his grandmother Katherine Chancellor.
* Resided at Ji-Min Kim's penthouse in Hong Kong, China.
* Recovered from his gambling problems and started traveling.
* Met Amber while surfing in California.
* Told Amber his name was "Liam" and showed up to surprise her at Daniel's art show in New York City.
* Met up with half-niece Colleen Carlton at the art show. She convinced him to come back to Genoa City.
* Met his half-brother Cane for the first time.
* Agreed to work at Jabot and be Jack's inside man.
* Realized he is the father of the baby his brother's wife, Chloe, is carrying.
* Lived with Amber.
* Dated Lily Winters.
* Was hired and fired as CEO of Jabot by his mother, Jill.
* Has a rivalry with brother Cane.
* Married Chloe Mitchell, the mother of his daughter.
* Discovered that first love, Mackenzie, and he were never related, as once thought!
* Divorced Chloe.
* Thought he married Victoria Newman in Jamaica, but it wasn't legal.
* Married Victoria and bought a house with her.
* Bought/adopted a child for Victoria after they lost theirs.
* Lost his daughter to a hit-and-run driver.

Who's played Billy Abbott (Past) over the years?

Although most of his younger years were spent attending school in New York, Billy Abbott moved back to Genoa City in 1999 and enrolled at Walnut Grove Academy. During his sophomore year, Billy dated party girl, Brittany Hodges, and began drinking heavily. He almost lost his life after passing out drunk in the snow, but was found by his best friend Raul and rushed to the hospital where Billy was diagnosed with alcohol poisoning. When Brittany shied from Billy's side for fear of getting in trouble, Mackenzie Browning sat by his bedside. Billy promised to never drink again.

While he continued dating Brittany, it wasn't until Billy and Mac were crowned King and Queen of their junior prom that they could no longer fight their feelings. Later that night, Billy went to the Chancellor Estate and the two professed their love. Being that Mac was the granddaughter of Billy's mother Jill's archenemy, Katherine Chancellor, Billy and Mac were forced to hide their relationship for fear that Jill would stir up problems from Mac's past.

Billy and Mac went on to take part in the Glow By Jabot Kids Summer Production, and found their relationship tested after J.T. Hellstrom set his sights on Billy's girl. Although J.T. and Brittany worked together to break them up, Mac and Billy made it through the summer. During their senior year, Billy wanted more from Mac than she was willing to give and they soon broke up. However, Billy later found out that Mac didn't want to have sex because her stepfather had molested her as a kid. When her stepfather came back to town and tried to rape Mac again, Billy hit the man over the head and saved Mac.

After high school, Billy set off on a mission to Louisiana to help Mac's father, Brock, build homes for the needy, and Mac went off to college. After the two arrived home on Christmas break, they decided never to be apart again and moved into a loft apartment with Raul and Brittany. Billy and Mac later became engaged and made plans to spend their lives together. However, devastation came, right after their wedding, when they found out that Billy's mother Jill was the long lost daughter of Mac's grandmother Katherine Chancellor, making Mac and Billy cousins! Not able to deal with the reality of it all, the marriage was annulled, and the two parted ways and left Genoa City to heal their wounds.

In 2006, Billy returned home after the death of his father and with a bit of persuasion decided to stay and help with the family businesses - Jabot and Chancellor Enterprises. Billy went on to take some classes at GCU while working in the Jabot mail room. His grandmother Katherine later uncovered that Billy had a gambling habit and owed a huge debt in Miami. It wasn't until Kay found out that Billy had pawned one of her antiques that she realized how bad his problem was. Billy's brother Jack paid off his debt on one condition - Billy was shipped off to Hong Kong to work for the House of Kim.

Billy beat his gambling problem and did some traveling. He met up with Amber Moore while in California and followed her to New York. At Daniel Romalotti's art show, he caught up with half-niece, Colleen Carlton, who convinced him to come back to Genoa City.

Billy met with his brother, Jack, who asked him to be his eyes and ears at Jabot. Billy told his mother, Jill, that he wanted to come back to Jabot, and met his half-brother Cane for the first time. He realized that his brother's wife, Chloe, is carrying his child - they knew each other from New York.

Billy was living with Amber, but after she moved out, he stayed in Phyllis's penthouse. Billy became involved in a romance with Cane's ex, Lily Winters. When the truth came out about the paternity of Chloe's baby, Lily dumped him. With help from the machinations of Victor Newman, Billy was appointed CEO of Jabot by Jill. After deciding to marry Chloe and fight for custody of baby Cordelia against his scorned brother, Cane, Billy was fired again by Jill. Just as he finished marrying Chloe at the Chancellor Mansion, his former love, Mackenzie Browning walked through the door - and the news had just come out that they were never related by blood! Chloe and Billy wound up divorcing in short order, and Billy explored his old feelings for Mac, but wasn't working out, and came to a head when she agreed to be a surrogate for Cane and Lily. They split up, and Billy had a one-night stand with Heather Stevens before falling into a flirtation with Victoria Newman, whose own marriage was on the rocks. When Vikki's divorce came through, she and Billy went to Jamaica where they married in a drunken state on the beach, but later learned it wasn't legal.

Billy and Victoria fell in love and married for real, but their wedding day was marred by Victor, who had a pregnant Victoria arrested at the ceremony. Victoria later lost the baby after an argument with her father. Billy, not being able to cope with Vikki's unhappiness, made contact with a baby broker through Rafe and bought a baby girl.

The baby brought Victoria and Billy happiness, but it was soon discovered that 'Lucy' was the child of Daniel Romalotti and Daisy Callahan. Phyllis found Daisy and took her grandchild to live with her. The devastating turn of events caused Billy and Victoria to split, and Billy returned to his old ways. He left the country, and while he was away, something happened that Victor held over his head. When Delia got sick, Billy wanted to return, but Victor manipulated the situation so that Billy could donate his bone marrow, but not see anyone, or stay in town. Victoria divorced him in absentia. Billy cleared his name with the help of Kevin and Cane, and was reunited with Victoria. He told her about her father's role in keeping him away from her and Delia. They remarried at the church where Kevin left Chloe in the lurch on their planned wedding day. After they returned home from their honeymoon, Chelsea Lawson turned up on their doorstep claiming to be pregnant with Billy's child which she conceived in Myanmar. It turned out that Victor had hired her. A DNA test proved the unborn child was Billy's, so he and Victoria moved the con artist into their home to keep an eye on her. Against her mother Anita's wishes, Chelsea softened during this time and decided to terminate her parental rights so that Billy and Victoria could raise the child. After a fight with Victoria and Abby, Chelsea took off and ended up falling in a cold lake. Adam rescued her and delivered Billy's son, a boy that he and Victoria named Johnny after the late John Abbott. Billy had bought Restless Style and had created Restless Style TV during this period. He therefore became involved when Victor mysteriously disappeared, and located him in Los Angeles where he was suffering from amnesia. He kept his whereabouts a secret for a time, but Victor agreed not to tell Victoria about that since he ultimately had helped to bring him home.

After Billy ditched the failing Restless Style, Victoria convinced him to work at Jabot for Jack and spy for her. During this time she went to Miami, where she was kidnapped by Eddie G, a loan shark whom Billy owed money to from his gambling days. Billy and Nick saved her, but Victor was angry enough to tell Victoria that Billy had kept his whereabouts in L.A. a secret, and caused more dissension between them. Victoria decided to stay with Billy, who became a hero after cutting the wire on an explosive device during Nikki and Victor's wedding reception. Bad blood continued between Billy and Victor, who never properly acknowledged his heroics. Victoria and Billy decided to try to conceive a baby together and Victoria began receiving hormone treatments that made her testy. She also had returned to Newman and was fixated on getting Adam out. The stress lead Billy to return to gambling. He won On The Boulevard in a poker match. The gambling got to the point where Victoria took Johnny and moved in with her parents. After some prodding from Chloe, Billy began attending meetings and was able to woo Vikki back with some added support from Nikki.

Just as life in Billy's household had settled down again, Delia was cast as the Wicked Witch in her school play. Billy rehearsed with her enthusiastically and even got her a real puppy called Dash to be her Toto. The night of the play, Delia was a hit, receiving a standing ovation. On the way home, Billy stopped at the market for ice cream and left Delia and Dash locked in the car. Delia opened the back door and Dash jumped out. She exited the car and chased him across the dark road. Adam was out driving, as was Nikki, but it was Adam who had to swerve to miss Dash. He stopped and got out, but the dog ran off down the road and was fine, so Adam continued on his way. When Billy came out of the market and began frantically calling for Delia, he found her on the side of the road unconscious. He called 911 and imagined all of the life milestones she had ahead of her waited for the ambulance. Once at the hospital, Billy was told that they did all they could but Delia had died. A devastated Billy blamed himself for leaving her in the car alone, although the hit-and-run driver had still not been identified. Later, Billy came to believe that Adam Newman was the driver who hit Delia. He confronted Adam and took him at gunpoint to Delia's roadside memorial. When they got back in the vehicle, they struggled over the gun and crashed. Billy dragged himself free of the wreckage and made it home.