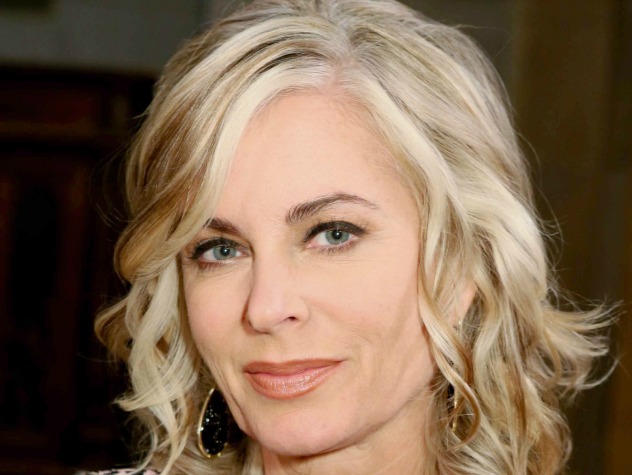 * Abandoned by her mother as a child.
* Kept the secret from John Abbott that he was not her real father.
* Had a nervous breakdown after aborting her and Victor's child.
* Was fooled into thinking her husband Blade's twin brother was him!
* Married her sister's ex-husband Brad.
* Stole Victor Newman's sperm and was artificially inseminated.
* Played off her daughter Abby as Cristian's (An acquaintance of Ashley's in Paris) when she was really Victor's!
* Breast cancer surviver.
* Planted drugs in Tom Fisher's motorcycle in order to help Michael Baldwin frame him.
* Tried running Gloria out of her father's life before and after his death.
* Moved to Hong Kong to work for Forrester International - had an affair with Rick Forrester.
* Moved back to Los Angeles from Hong Kong and became engaged to Ridge Forrester.
* Moved back to Genoa City.
* Remarried Victor and moved into the Ranch.
* Was gaslighted by Adam, who caused her to lose her baby.
* Divorced Victor.
* Dated Neil Winters briefly.
* Married to Tucker McCall.

Who's played Ashley Abbott over the years?

Fresh out of college, Ashley Abbott returned to Genoa City in 1982. One of three Abbott children abandoned by their mother, the 'beauty' of the family, Ashley was the apple of her father's eye. Taking her spot in the family business, Ashley became a chemist at Jabot under the name Susan Ashley as a way to distract from the fact that she was an Abbott. After she earned the respect within the company, Ashley went on to use her real name and was appointed president of Jabot.

Ashley got the shock of her life when Brent Davis revealed on his death bed that he was her biological father. Devastated by the news, Ashley had an emotional breakdown, but was rescued and taken in by Victor and Nikki Newman. Although only a handful of people, her mother Dina, Jack, Jill, Katherine, and Victor, knew the truth, Ashley vowed to keep her paternity a secret for fear of breaking John's heart.

Her time with Victor would be the beginning of their love story and of Ashley's feud with Nikki. For years the three would find themselves in love, out of love, threatened by the other, and so on and so forth! After her stay at the ranch, and Nikki and Victor's divorced over her affair with Jack, Ashley and Victor fell in love. However, shortly after Ashley became pregnant, Victor and Nikki reconciled, leading Ashley to have an abortion. Not mentally stable, Ashley ended up in a mental institution and later returned to GC with her father.

The good thing to come from her time in the hospital was meeting her future husband Stephan. However, their marriage would end soon after Stephan was stalked and murdered by a past mental patient. Her next tangle with love was with her sister's ex-husband Brad Carlton. Not wanting to hurt her sister, Ashley escaped to her cottage in the woods. Dealing with the pain of Nikki's marriage to Jack, Victor came to Ashley and the two married! However, as always, Victor's tie with Nikki was too strong and he and Ashley soon divorced. Ashley would then go on to have two more unsuccessful marriages: with Jabot's photographer Blade and novelist Cole Howard.

Fed up with love, Ashley took off for Paris, then returned to GC pregnant! Determined to keep the baby's father a secret, Ashley accepted Brad's marriage proposal and his undying love for her and her unborn child. Ironically, and to Brad's dismay, Ashley revealed during her fight with breast cancer that Victor Newman was the father of little Abby! Not only was Brad shocked, so was Victor after finding out that Ashley stole his sperm and was artificially inseminated! Although Brad and Ashley tried to salvage their marriage by having a child of their own, Ashley miscarried due to a car accident and the two divorced shortly after.

Her next battle would come when her father met and fell in love with Gloria Fisher. With Jabot on the edge of bankruptcy, her personal life a mess, Ashley started dating Paul Williams and soon found herself being charmed by Tom Callahan. Little did Ashley know, Tom was the same Tom who had been married to Gloria and abused her and her two sons! After a series of blackmail attempts, lies were exposed and it was revealed that Tom Callahan (Fisher) was Gloria's husband! Fearing for his family's life, John Abbott shot and killed Tom, and Ashley took the blame for the crime! It wasn't long before John would recover from the shock and admit to the crime and was in turn sentenced to seven years in prison.

While dealing with the anguish of her father in prison, Ashley was faced with controversy after Gloria contaminated her new line of beauty cream! Even though Gloria was never found out, the damage she did to Jabot was immense. With Katherine now the company's new owner, the company was able to survive.

Ashley's biggest devastation came with the death of her father shortly before he was to be pardoned and released from prison. Blaming Gloria as the reason for her father going to prison in the first place, Ashley and Jack tried to strip her of the Abbott name after finding out that she and their father were never legally married. In the end, although Gloria had been shut out of John's will, due to Jack's manipulation, a judge allowed her to keep the Abbott name.

Although Jack secretly regained control of Jabot through his other company the House of Kim, Ashley found herself torn from her brother and from the family business that she onced loved.

Ashley decided to try something new and moved to Hong Kong to work for Forrester International. She had an affair with younger man, Rick Forrester. Forrester moved Ashley back to Los Angeles, where she became engaged to Ridge Forrester. His continued relationship with his ex, Brooke Logan, ruined things for the pair.

Ashley returned to Genoa City and remarried Victor Newman. She became pregnant, but lost the child when Victor's son, Adam, gaslighted her. She had a hysterical pregnancy and believed she gave birth. Adam gave her Sharon's newborn to cover his tracks. Ashley was forced to give up her baby when the truth came out.

Ashley dated Neil Winters for a time, but fell for his boss, Tucker McCall. She became engaged to Tucker and is Jabot Cosmetics for him. Ashley and Tucker were about to marry, but Abby, who dislikes Tucker, interfered and a car crash resulted. Abby hit Tucker while driving drunk with Ashley in the car. Abby had set-up Tucker to meet Diane at the cabin in order to sabotage her mother's wedding. Ashley switched places with Abby behind the wheel after the crash and was charged with attempted murder for hitting her own fiance. Victor helped get Ashley off on the charges and she married Tucker in the hospital when he awoke.

Ashley became entangled in the murder of Diane Jenkins after arguing with her in the park on the night she died. Ashley had found out Diane slept with Tucker when they were dating. Ashley was estranged briefly from Tucker, but they reunited and had a church wedding.

Ashley's marriage had been pretty smooth until they began having different opinions about business. Ashley recently caught Tucker having a drunken tryst with Harmony and told him they're done. She went back with him briefly when he supported her through Abby's (fake) kidnapping, but when she witnessed him arguing with Genevieve, decided he still harbored feelings for her, and called it quits.

Ashley has decided to take down her brother Jack, who is trying to push her out of her position at Jabot.