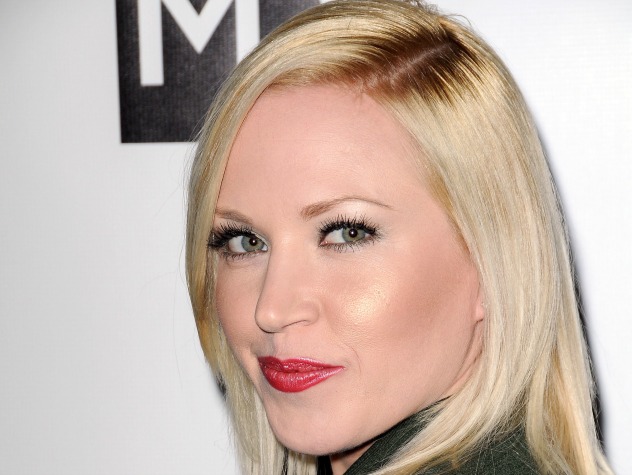 * Formerly from LA.
* Spent New Year's 2007 with Adrian!
* Duped Cane into marriage and wound up divorced.
* Fell in love with best friend Daniel
* Moved in with Daniel
* While Daniel was on tour with father Danny, Amber thought he was cheating (he didn't), and therefore had a one-night stand with Adrian Korbel.
* Told Daniel the truth about affair and they split up.
* Dated Billy Abbott.
* Is married to Daniel Romalotti.

Who's played Amber Moore Romalotti over the years?

With the intentions of making a new life for herself, Amber Moore arrived in Genoa City in November 2006. Amber quickly reconnected with Lauren Fenmore, a friend from her past, from a life in Los Angeles filled with heartache and deceit. In Amber's time of need, Lauren gave her a job at the Jabot Boutique.

Having been married to the heir of Forrester Creations, Rick Forrester, Amber found herself dealing with affairs, the loss of her child, and ultimately divorce. However, at one time, she did find comfort and success working as a fashion designer at both Forrester Creations and Spectra Fashions. After she lost her job, Amber had set off to work toward a career in music.

Upon her arrival in Genoa City, Amber got lucky after the band at Club Indigo canceled. Neil Winters allowed her to take the stage and Amber quickly displayed her singing talent! That same night, she set her sights on Adrian Korbel! Although Amber has picked up on his attraction to Colleen Carlton, she has always thrived on competition!

She helped with the search to help find the boy that Katherine Chancellor switched at birth, Jill Abbott's real son. When Cane was found, Amber wound up married to him, but they soon divorced.

Amber next fell in love with best friend, Daniel Romalotti, but while he was on tour with his dad, Danny, Amber was certain he had cheated on her (he hadn't). She turned to Adrian Korbel, and they indulged in a drunken one-night stand. She told Daniel the truth, but he was unable to forgive her.

While away in California for Kevin and Jana's wedding, Amber made the chance acquaintance of a surfer named Liam, who upon his arrival in Genoa City, was revealed to be Billy Abbott. He and Amber dated, but she reconciled with Daniel. Amber and Daniel helped prove that Katherine was actually alive, and tried to help Kevin recover from a kidnapping and mental health scare, during which Amber helped him rob a bank!

The next threat to Amber and Daniel's relationship came in the form of her old flame, Deacon Sharpe, who tried to frame Daniel for murder. Daniel and Amber found a way around Deacon and married, but Daniel may still have to go to jail.