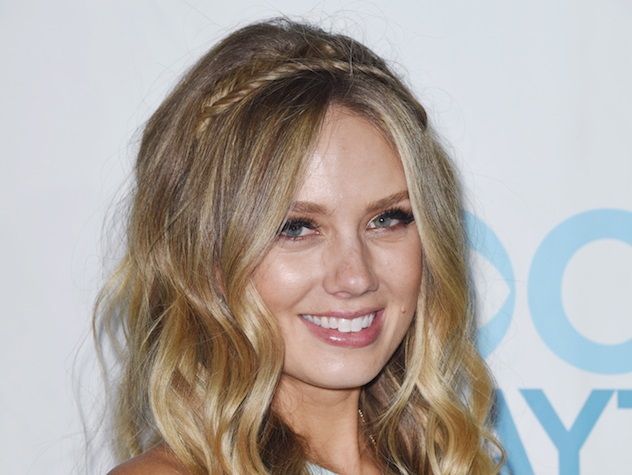 * Returned from boarding school in London to live with her mother, Ashley Abbott, and her biological father, Victor Newman, at the Ranch
* Lived with her mother in Los Angeles before going to London
* Was thought to be Brad Carlton's daughter but later found out that Victor was her father.
* Fell off a horse at the Newman Ranch.
* Had her leg burned by the Jabot creme that Gloria Abbott contaminated.
* Brad and Ashley shared custody of Abby.
* Inherited Brad's house after his death.
* Sued Victor for her trust fund to launch a reality TV show.
* Dated Daniel Romalotti.
* Ran down Tucker while drunk.

Who's played Abby Newman over the years?

Abby Carlton came into this world believed to be the daughter of Brad and Ashley Carlton. Although Ashley knew otherwise, she never let on that she in fact stole Victor Newman's sperm and had herself artificially inseminated in order to get pregnant! Ironically, Victor Newman was the first to hold little Abby after having rushed Ashley to the hospital during labor!

The apple of her parent's eye, the secret of Abby's paternity came out when Ashley was struggling with breast cancer. Although Ashley didn't initially want Victor to be a part of Abby's life, there was no stopping him. Through an adjustment period, Abby became fond of visiting Victor at his ranch and took a keen interest in his horses until one day when she was bucked off a spooked stallion. With a little time, Abby got over her fall and has accepted and made room for both Daddy Victor and Daddy Brad in her life.

Abby found herself in a bit of a predicament while she was playing with her mommy's make-up and got a hold of some of the contaminated Jabot cream. Fortunately, Abby only suffered a minor burn.

Abby has lived in Hong Kong, Los Angeles, and London, as Ashley has moved around for work. She returned to the Ranch to live with Ashley and Victor after finishing her semester of boarding school in London. Abby has most recently dealt with the deaths of the man she called her dad, Brad Carlton, and her 'sister/cousin', Colleen Carlton. In her grief, she tried to flirt with older guy, Ryder Callahan, and dabbled in drinking. She is close to Noah Newman.

After living through the losses of both Brad and Colleen Carlton, Abby became closer to biological father, Victor. When she returned from time away, Abby had a plan to start a reality tv series called "The Naked Heiress" which appalled her family. Victor and Ashley both refused her money from her trust fund to help with the venture, so on the advice of Jack Abbott, her uncle, she sued Victor. Her sister, Victoria, and brother, Nick, ended up joining the suit as well. Abby began dating Daniel Romalotti during this tumultuous time. The lawsuit was resolved and the three siblings won against their powerful father. Abby was filled with remorse about what it did to Victor's company and her relationship with him. Victor stepped in to help Abby, however, after he learned that she ran down Ashley's fiance, Tucker McCall, while drinking and driving. Abby went to rehab and returned to find herself embroiled in Diane's murder mystery. Abby made amends with Tucker and stood up for Ashley when she married him. Abby went away to California, but returned to Genoa City. After considering an offer to work at Beauty of Nature, she decided to become an investor instead, after Jack won the company in court. She's been warned by Victor that she'll regret this move. Abby worked with Chloe to plan the annual arts gala, but Carmine threw a wrench into the works in a misguided attempt to get back at Kevin for stealing Angelina from him. In an effort to distance herself from the gala gone wrong, Abby hopped into the trunk of Carmine's car and made it appear he'd kidnapped her. Abby, who was crushing on the hunk, called her worried mother from the motel room they'd holed up in.

After Abby's return, she started dating Carmine, much to Victor's chagrin. She began working on the Restless Style TV show with Billy as well. Abby left town following her mother's move to New York and Carmine returned without her. When Abby finally showed up, it was clear that she'd blown off Carmine and he wasn't interested in trying again. Abby took a romantic interest in Detective Alex Chavez, and they began dating. Abby also decided to try being an executive at Jabot in hopes of being taken more seriously.

After things didn't work out with Chavez, Abby turned her romantic sights on Tyler and they began dating. Abby and Tyler faced some interference from Tyler's ex-fiancee, Mariah, but she seemed to back off. Tyler proposed to Abby and they became engaged, but Abby was unaware that Tyler was still contacting Mariah. When Mariah finally showed up in Genoa City, her past with Tyler was too much for Abby to deal with and she ultimately broke off her engagement to him. Abby then went on a date with Devon, but realized he was already in love with someone else. Abby kept busy with work and as Victoria's birth coach. She has butted heads with Victoria's ex-lover and possible Baby Daddy, Ben 'Stitch' Russell and even kissed him once to try and make Tyler feel jealous. She was thrilled that her mother, Ashley, was coming back to Jabot full-time, but not so happy to hear she'd hired Stitch to work in the lab.